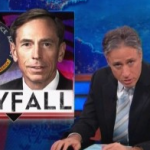 From Mediaite: The Petraeus sex scandal conspiracy controversy continues, and The Daily Show’s Jon Stewart weighed in last night: “Looking back on his interview with Paula Broadwell (he never even suspected!), Stewart sifted through some of the more melodramatic media reactions. An affair with a CIA director would should involved Hollywood-level mystery and intrigue, right? A sexy Russian spy? No? Nope. Just some emails, Stewart noted disappointedly. That’s all it took to get caught. The emails that came from Broadwell, a name vaguely familiar to Stewart. Refreshing his memory of his previous interview with Broadwell, Stewart declared, ‘I am the worst journalist in the world.’ ‘The whole thing was innuendo after innuendo,’ Stewart said of the interview, ‘I had her right there talking about Petraeus, and it never crossed my mind!'” Read more here. 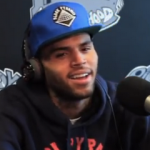 From Gossip Cop: Oh, Chris Brown. The singer just can’t seem to stay away from controversy. Gossip Cop reports on his latest remarks: “Chris Brown blasted his Halloween costume haters, discussed ‘Fifty Shades of Grey,’ and talked candidly about his own sex life during a wide-ranging interview on Power 106′s ‘Big Boy’s Neighborhood.’ After describing an upcoming movie project, Brown acknowledged rumors that he’s in the running to play Christian Grey in the upcoming ‘Fifty Shades’ adaptation (leading him to bust out a ‘white guy’ impression)… The host then cracked up Brown with an impersonation of Rihanna before bringing up Brown’s controversial terrorist Halloween costume. Brown’s message to his detractors was pretty clear: ‘It’s f**king Halloween! It’s a motherf**king pagan holiday… Get over it, people!'” Read on here. 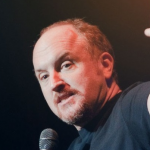 From Geekosystem: Louis CK continues to change the comedy game, not just in terms of his style and humor, but also in the way he manages to buck traditional entertainment distribution technology. Reports Geekosystem, ” The man’s circumvented the almighty TicketMaster in order to sell tickets directly to fans, and even sold a DRM-free comedy special directly to viewers in the past. He’s at it again, too: Louis’ going to offer an upcoming HBO special on his website, DRM-free, for $5 a few months after it airs. Granted, ‘a few months after HBO’ leaves a wide gap between when people would like to see the special and when they actually will, but at least it’s something. When it comes to major players in television, this is still a step forward.” Read the full story here. 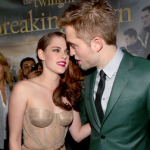 From Styleite: The highly anticipated Twilight premiere was last night, and while the hottest topic was the Stewart/Pattinson reunion, star Kristen Stewart managed to turn heads for other reasons. Reports Styleite, “After a slew of solo appearances in awesome ensembles, Kristen Stewart finally reunited with Robert Pattison for the premiere of The Twilight Saga: Breaking Dawn — Part 2 in Los Angeles last night. Stewart bared it all in a nude, strapless, and sheer Zuhair Murad gown that gave everyone an eyeful when she turned around. Of course, she wore a nude undergarments, but photos make the star look, well, naked. Pattinson, on the other hand, wore what looked like a wax-coated green Gucci suit. As for the rest of the red carpet, our only complaint is Elle Fanning‘s Prada ensemble. Yes, she’s adorable and takes all sorts of fashion risks, but those thong flatforms. We have no words.” See pictures here. 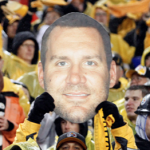 From SportsGrid: Last night in Monday Night Football, the Pittsburgh Steelers may have gained a victory, but they lost a quarterback. SportsGrid reports, “The Steelers’ 16-13 overtime win over the Chiefs last night was costly for all involved. For the Steelers? It’s because even though they won, that could pale in comparison to what they lost: their franchise quarterback. Ben Roethlisberger exited the game with a shoulder injury, which some are reporting as a sprain, others as a separated shoulder. And to make matters worse, it’s an injury to his throwing shoulder… For the Chiefs? It was costly because it was another loss in an increasingly miserable season already chock full of losses. And this one really hurts, because they probably should have won. The Chiefs missed a 33-yard field goal that could have made the difference.” Read more about the game and other sports happenings here. 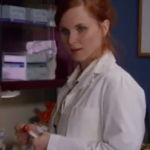 From The Mary Sue: Are you tired of watching musicals with happy endings? The Mary Sue has an alternative for you: “Reasons you should watch Sudden Death!: Its tagline is “Finally a musical where everyone dies.” It’s about scientists searching for the cure to a disease that causes people to break out in song and dance before dropping dead. (Remind you of a particular musical episode, fellowBuffy fans?) It co-stars Doug Jones, a frequent collaborator of Guillermo del Toro whom you may better know as Abe Sapien from Hellboy or the Faun and the Pale Man (a.k.a. the dude with eyes on his hands) from Pan’s Labyrinth. Really, that last reason should be the only one you need. (Jones doesn’t sing, though.)” Read the whole story and watch the video here. 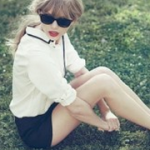 From The Jane Dough: Would you like to be Taylor Swift? One Jane Dough contributor says she would not. The site’s Laura Donovan explains, “She may have $57 million to her name, but there’s one thing about singer Taylor Swift’s glamorous life I do not envy. ‘I don’t know if I have a vacation for another year,’ the 22-year-old says in the latest issue of Harper’s Bazaar. ‘You get really good at maintaining phone relationships with people you love, because you’re just not going to get to see them all the time.’ Swift, whose new album Red sold more than one million copies during its first week on the market, reportedly lost boyfriend Conor Kennedy partially because of her intense CD promotion schedule… All that money and no time off, let alone during the summer? Not for me!” Read more of her opinion here. 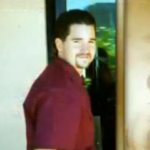 From The Braiser: Wendy Williams never disappoints, continuing to provide entertaining interviews on her talk show. The Braiser weighs in on the latest, in which she interviews culinary star Guy Fieri: “Wendy Williams invited Guy Fieri to make a guest appearance on her show yesterday, and, while she was busy gushing over how he’s a man of the people and praising him for how well he connects to fans, she seemed to miss a big milestone in the Guy Fieri origin story. Wendy neither knew that he was a product of Food Network Star, nor had she even heard of the show before. Guy patiently explained it to her as ‘the American Idol of food,’ and she quickly categorized him as “the Carrie Underwood” of the competition on the grounds that he was able to cross genres. It’s a little unclear on what genres he’s crossing, but okay. Bonus: young Guy Fieri (ie., pre-platinum spikes) photos.” Read more and watch the clip here.