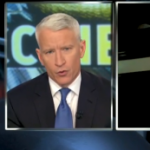 Mediaite has a pretty impressive coup from the staff of “Anderson Cooper 360.” Cooper’s team was able to track down Dr. Wakefield, the man responsible for a thoroughly debunked report linking the MMR vaccine to autism, well before any other news outlet was able to get to him. The result: Cooper conducted a brilliant interview, and all the other channels had to give CNN credit for the footage. Watch the interview here.

Well. Geekosystem reports that Saudi Arabia has detained a vulture sporting a GPS device for allegedly spying on them. The device was placed on the bird at an Israeli university, but still. Related — has the Saudi Arabian government been behind the global bird massacre this week??? Get the full post here. 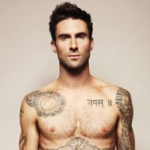 AAAAHHHH! Styleite has a naked picture of Adam Levine, which is upsetting enough on its own, but terrifying when compounded with one of the weirdest photoshop disasters of all time. Cosmo UK sought to completely erase the body of the lucky model chosen to shield Levine’s junk from the lens, leaving only her disembodied arms behind. Again: AAAAAHHHHH! See it here. 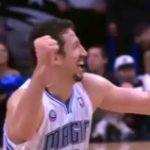 Sportsgrid has the latest in professional athletes’ victory dances! This time, it’s a weird fist-pumping move from the Magic’s Hedo Turkoglu, one that’s oddly reminiscent of the Shake Weight. Like most things associated with the Shake Weight, it’s equal parts perplexing and disturbing…and lucky for you, you can see it here! 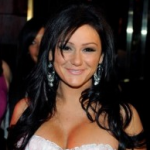 Gossip Cop reports that “Jersey Shore” star JWoww’s boyfriend has racy nude photos of his ex, and will reveal them to an eager public for the right price. So weird that they didn’t stay together! Boyfriend is still deciding what to do with the photos (i.e. when to release them so they’ll fetch the best price), so don’t be surprised if they show up shortly after tonight’s premiere of the show’s third season. What a great time to be alive! To read the full post, click here.