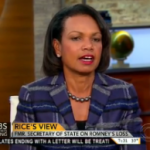 From Mediaite: After this week’s election, many are asking what went wrong with the GOP. Former Secretary of Condoleezza Rice weighed in this morning, reports Mediaite, “Rice made an appearance on CBS This Morning on Friday to reflect back the election, and the GOP’s campaigning leading up to it. Pointing to the country’s changing demographics, Rice cited the party’s need for ‘an even bigger tent.’ ‘Right now, for me the most powerful argument is that the changing demographics in the country really necessitates an even bigger tent for the Republican Party,’ Rice said. She did, however, go on to note that many things the party stands for — ‘fiscal responsibility, a chance to educate your children in the way that you think best, the possibility of strong national defense’ — are ‘broadly popular’ with Americans.” Read more of what she had to say here. 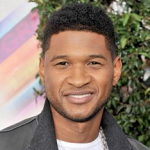 From Gossip Cop: On Tuesday, as voters took to the polls to elect the country’s President, many had to wait in severely long lines. But one celebrity got to skip them: Usher. Reports Gossip Cop, “The singer was allowed to bypass long lines at his polling station near Atlanta, upsetting fellow voters at the Bill Johnson Community Center. According to local TV station WSBTV, Fulton County election officials escorted Usher through the back door of the venue, allowing him to cast his ballot before others who’d been waiting their turn. He also reportedly took a cell phone picture of himself in the voting booth, typically prohibited by Georgia state law unless a poll manager has granted consent. When fellow voters complained about the apparent preferential treatment, county election officials released a statement, explaining that Usher’s camp had told them on Monday he planned to vote in person on Tuesday.” Read more about what happened here. 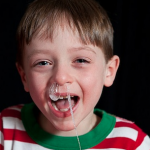 From Geekosystem: There has been an interesting and important (albeit sort of gross) medical discovery, reports Geekosystem: “Of all the gross things that the human body can produce mucus has to be near the top of the heap. As unpleasant as it may be, though, that gunk does serve an important purpose, trapping bacteria and viruses before they can further infect your body. Now, MIT researchers are exploring the possibility that mucus could have the same disease preventing properties outside of your body, preventing bacteria from forming fortresses called biofilms… A study published in Current Biology, though, suggests that proteins that make up mucus could short circuit the ability of some bacteria to form biofilms. The slimy substance can capture bacteria and keep them from clustering together, taking away their strength in numbers and making bacteria a whole lot easier to eliminate in the future.” Read more here. 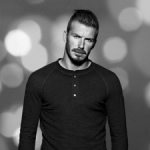 From Styleite: Are you a fan of David Beckham? Listen up, then. Writes Styleite’s Jada Wong, “The last time we saw a David Beckham ad, he was dressed far too inappropriately. As in, he was wearing clothes. Perhaps he heard our complaints, because for his newest bodywear ads for H&M, he’s wearing as little as possible without being called out for NSFW, and they’re totally up our alley. Photographer Alasdair McLellan somehow manages to capture all of Beckham’s hotness in a series of black and white pics. In them, the footballer shows off his line of sweatpants, henley shirts, hoodies, and most importantly, boxer briefs. He also does his best Beckham face — it gets us every time.” See pictures of the ads and read more here. 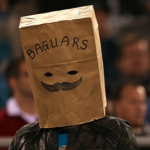 From SportsGrid: What happened yesterday in Thursday Night Football? SportsGrid catches you up: “Granted the Jaguars have been beyond awful at home, so a 5-3 team should be expected to come out of Jacksonville with a win, but it’s still hard not to be impressed with what the Colts are doing. They’ve won three times as many games as last year, they’re firmly entrenched in the AFC playoff picture, and they thoroughly avenged an earlier loss to the Jaguars this season, winning 27-10. Andrew Luck completed 18 of 26 passes, and while he threw a pick and lost a fumble, he also ran for two scores. It was another effective outing in a increasingly impressive year, and while the Colts have some tough games remaining (two games against the Texans, for example), there’s much to be excited about in Indy. In Jacksonville? Well… not so much.” Read on here. 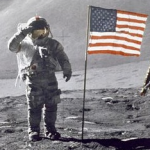 From The Mary Sue: After the excitement with the Mars Curiosity Rover this year, what’s next for outer space exploration? Reports The Mary Sue, ” About a month and a half ago it was announced that NASA might be building a manned outpost located beyond the far side of the moon, giving them a base from which to explore near-Earth asteroids, the moon, and Mars, with the goal of eventually sending astronauts to all three places. And now it looks like NASA will probably announce their official plans to build such a station soon—in part because President Obama got re-elected. As reported on Space.com, ‘The new plans have probably already been cleared with the Obama Administration but have been kept under wraps in case Republican candidate Mitt Romney won Tuesday night’s (Nov. 6) presidential election.'” Read all the details here. 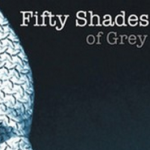 From The Jane Dough: The site has some thoughts on more Twilight fan fiction headed to bookstore shelves. Writes The Jane Dough’s Laura Donovan, “As we gear up for the final film installment of the wildly popular “Twilight” saga, we have to come to terms with the fact that amateurs are still trying to bank big time off Stephenie Meyer’s profitable idea. At first it was “Fifty Shades of Grey” author E.L. James, and now it’s Christina Hobbs and Lauren Billings, who just scored a Simon & Schuster book deal for their “Twilight” fan fic novel, “The Office,” which, according to The Mary Sue, “reimagined the Edward Cullen-Bella Swan relationship as a steamy love/hate romance between a boss and his assistant.” Just what we need, another Edward-Bella dynamic. Aren’t those two enough???” Read more of her opinion here. 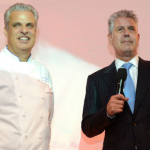 From The Braiser: How much would you pay for a really delicious bar of chocolate? Created by Anthony Bourdain and Eric Ripert? Writes The Braiser, “The chocolate bar that inspired us to hunt out a Willy Wonka cast of celebrity chefs has finally received a release date and distribution location. Anthony Bourdain and Eric Ripert’s Good and Evil bar hits virtual shelves today at their chocolatier partner Christopher Curtin’s online Éclat Chocolate shop. According to the press release, the 72% cacao bar reflects Eric’s “good” with chocolate and Anthony’s “evil” with cacao nibs… [I]t runs at $18 a bar, yes, but after reading The Philadelphia Inquirer’s Rick Nichols’ account of the painstaking process under which the bar is crafted, we’re starting to think it’s a bargain. It’s actually ridiculously complicated, and takes forever.” Read more about it here.