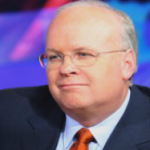 From Mediaite: If you were watching the Fox News election coverage on Tuesday night, you may have noticed that host Karl Rove seemed to be on a bit of a different page than the others. Now, The New York Times weighs in: Reports Mediaite, “In the days that followed Karl Rove’s on-air confrontation with Fox News Channel’s decision desk on election night after the critical swing state of Ohio was called for President Barack Obama, it seems that just about every media critic has weighed in on what they thought that moment meant for FNC, Super PACs, the Republican party and the American experiment in democracy itself. In a piece in the New York Times on Thursday, they note in a blaring headline that Rove’s role as a Fox News analyst and contributor is being ‘questioned’ by the network’s decision makers, but they provide no evidence that anyone at Fox News is doing any such thing.” Read more here. 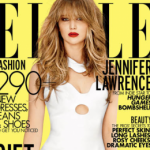 From Gossip Cop: The holiday movie season is beginning, and starlet Jennifer Lawrence, whose movie Silver Linings Playbook is due out soon, spoke to Elle magazine about the challenges of body image in the industry. Reports Gossip Cop, “In the December issue of Elle, the Hunger Games star says, ‘In Hollywood, I’m obese. I’m considered a fat actress.’ She jokes, ‘I’m Val Kilmer in that one picture on the beach… I eat like a caveman. I’ll be the only actress who doesn’t have anorexia rumors,’ reveals Lawrence. And that’s just fine with her. The star explains, ‘I’m never going to starve myself for a part… I don’t want little girls to be like, ‘Oh, I want to look like Katniss, so I’m going to skip dinner.’’ Lawrence’s issue of Elle hits newsstands on November 13.” Read more and see the issue’s cover here. 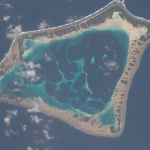 From Geekosystem: After the recent Hurricane Sandy and the Nor’Easter that followed, climate change is moving even more into the spotlight. And one nation is doing its part, reports Geekosystem, “The island territory of Tokelau consists of just three small islands, including Atafu Atoll, above, which looks really pretty from the International Space Station, and has just 1,500 residents, so you can be forgiven for not knowing that it…is a thing that exists. This little group of islands has taken in a big step, though, becoming the first territory in the world to draw 100% of its energy from solar power. Until now, Tokelau has been largely powered by diesel generators that cost the small island nation about $825,000 to operate annually.” Read the full story here. 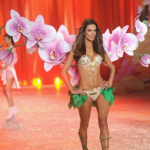 From Styleite: There was a big event in the fashion world last night, the Victoria’s Secret Fashion Show, and Styleite has all the scoop: “Last night the Angels touched down at the Lexington Avenue Armory in the midst of a bitter snowstorm for the annual lingerie extravaganza. Of course, not wind, nor sleet, nor snow can shut down this show, as we saw earlier this week when the company lent their cache of giant generators, communications equipment, and even a forklift to the New York Army National Guard to help with Hurricane Sandy relief efforts. Both the lingerie behemoth and broadcasting partner CBS have also donated $1 million to the cause, they announced last night — or, in Victoria’s Secret terms, the $2.5 million Fantasy Bra minus a few stones.” Read more and see pictures here. 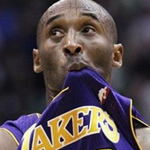 From SportsGrid: What happened in sports last night? Sportsgrid catches you up on anything you might have missed, especially the Los Angeles Lakers’ continued struggles: “They lost to the Jazz last night, 95-86. The only team they’ve beaten is the Pistons, and the Pistons haven’t beaten anyone. Yeah, Steve Nash is out. Yeah, the Lakers are adapting to the Princeton offense. But: yeah, the Lakers are playing like crap. Mike Brown’s job is safe for now, but if the Lakers’ struggles last too much longer, Brown won’t. Our guess is still that the Lakers have too much talent not to come together, but this? This is ugly.” Read more about all the games that were played last night here. 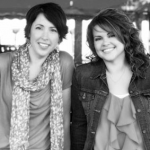 From The Mary Sue: Have you finished reading the Twilight saga and the Fifty Shades of Grey trilogy, and found yourself looking for a new read? Look no further, reports The Mary Sue, “Sitting alone (or with a friend) in your room, coming up with various ways your favorite characters could bump into each other and have sex, did you ever think you’d get paid for it?  Christina Hobbs and Lauren Billings will wonder no more. Simon & Schuster have picked up their Twilight fanfiction, The Office, for a two-book deal.  The original work was titled The Office but will be reworked as Beautiful Bastard for Simon & Schuster. It was written by Hobbs and Billings under the pseudonym Christina Lauren.” Read more about it here. 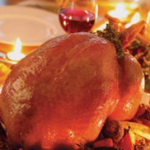 From The Jane Dough: It’s November, and that means Thanksgiving is almost here! You may know some things about the day, but did you know it was made a major holiday by a woman? Reports The Jane Dough, “[B]efore you start thinking about the tasty food you’re going to consume in a couple of weeks, you should think about the fact that a woman convinced Abraham Lincoln to make it a national holiday. Sarah Josepha Hale, who wrote the famous nursery rhyme, ‘Mary Had a Little Lamb,’ campaigned for Thanksgiving to have a larger presence in the US. A Nationwide Bank infographic reveals that the holiday wasn’t widely celebrated until 1863, and Hale had been pushing for Thanksgiving for almost twenty years. That’s a lot of persistence for a holiday, but writer Hale was determined to mainstream the holiday.” Read more about the holiday’s history here. 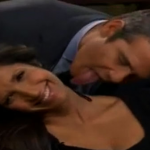 From The Braiser: Hurricane Sandy relief efforts are ongoing, and Bravo played their part after last night’s Top Chef: Seattle premiere. Reports The Braiser, “Padma Lakshmi joined host Andy Cohen and guest Alicia Silverstone on Watch What Happens Live last night. News predictably turned to The DC Food Fight, where Padma let a guy eat ham off her collarbone in exchange for a $1000 charitable donation. Andy then offered to personally donate another $1000 to the Red Cross for Hurricane Sandy relief efforts if Padma allowed him to nibble a food item chosen by the audience off her neck as well. She obliged, and the at-home audience was left to text in their votes for either spray cheese, chocolate sauce, peanut butter, or scrambled eggs. Chocolate sauce won.” Read more and watch video here.