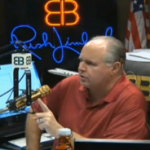 From Mediaite: The country (and electoral college) has spoken — Barack Obama has been re-elected for a second term. How did the media react? The ever-entertaining Rush Limbaugh weighed in this morning, reports Mediaite: “Conservative radio host Rush Limbaugh offered a dire prognosis for the Republican party following last night’s defeat of GOP presidential nominee Mitt Romney. Limbaugh said that it is difficult for any candidate to run a successful campaign against ‘Santa Claus.’ He went on to say that his last thought as he went to bed on election night was the Republican party had ‘lost the country.'” Read more here. 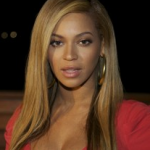 From Gossip Cop: Barack Obama won. What did one of his celebrity supporters, Beyonce, have to say about the victory? Reports Gossip Cop, “Beyonce celebrated President Obama’s reelection on Tuesday night by taking a dig at Mitt Romney supporters. The singer posted a photo of a piece of notebook paper which read: “TAKE THAT MITCHES” on her Tumblr shortly after Obama’s victory was announced. It appears that the post has since been removed. Earlier this week, Jay-Z substituted “Mitt” for “b**ch” during a performance of “99 Problems” at an Obama rally in Ohio. Beyonce has been very supportive of Obama and the First Lady for years, and penned a gushing open letter to Michelle Obama last spring.” See the picture and the video of the performance here. 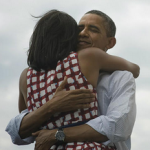 From Geekosystem: Last night, Barack Obama not only won the Presidency, but he also won the most popular tweet of all time. Reports Geekosystem, “Welcome to the day after the United States presidential election, folks. In case you weren’t already aware, President Barack Obama will be returning to the White House for four more years of whatever it is you feel the need to say he does. Folks across the varying social media platforms are celebrating, but perhaps none more than the man himself. Obama’s re-election victory tweet, with an attached image of him hugging his wife, has now become the most popular tweet of all time. More importantly, the previous record was held by Justin Bieber.” Read more and see the tweet here. 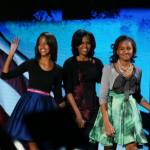 From Styleite: The Obama’s will remain in the White House for four more years. What did they wear to ring in such an occasion? Reports Styleite, “Sasha and Malia Obama followed in their mother’s footsteps last night in Chicago, and made sartorial statements when they appeared on stage for their father’s victory speech… Sasha stood out amongst a sea of dark hues in a green high-waisted A-line skirt, black top with cute bow detail, light gray cardigan, multiple-strand necklace, and matching green flats with a black cap-toe. She matched Michelle, who chose a black cardigan over her Michael Kors sheath, and we know how much the Obama women love their cardigans. Malia’s Democrat blue skirt was the same color as her pop’s tie, and she paired it with a basic black boatneck top with three-quarter length sleeves, a pink belt, and flats.” See photos here. 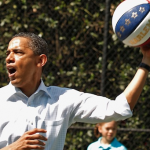 From SportsGrid: Before the election results were announced, how did President Barack Obama spend his day? Among other things, playing a sport he loves: basketball. Reports Sportsgrid, ” President Obama/Guy-Who-Will-Have-Once-Been-President-Obama is a basketball fan (how did you not know this already?) and the dude likes to blow off some steam on Election Day by shooting hoops. He had a notable Chicago legend in tow with him on Tuesday in sidekick extraordinaire, Scottie Pippen. According to the Chicago Tribune (via Ball Don’t Lie): ‘At around 1 p.m., Obama’s motorcade arrived at the Hope Athletic Center on Chicago’s West Side, where the president played basketball with staff and friends. Former Illinois Treasurer Alexi Giannoulias tweeted that he was playing on a team with Obama and former Bulls Pippen and Randy Brown.'” Read the full story here. 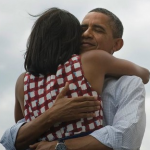 From The Mary Sue: Obama may have won the big race last night, but how did women fare? Reports The Mary Sue, “Joining as freshman senators are Republican Deb Fischer of Nebraska, Democrats Elizabeth Warren (Massachusetts), Tammy Baldwin (Wisconsin) and Mazie Hirono (Hawaii). They’ll be joining Kirsten Gillibrand of New York, Maria Cantwell (Washington), Dianne Feinstein(California), Amy Klobuchar (Minnesota), Debbie Stabenow (Michigan), and Claire McCaskill (Missouri), all of whom won reelection… With two of the previously record-setting seventeen female senators retiring, all incumbents winning, and four new female senators, that brings the total to nineteen out of one hundred. (A number that will be upped to 20 if North Dakota’s Heidi Heitkamp‘s apparent upset victory over Republican candidate Rick Berg is confirmed.) Still along way from equal representation, but still exciting!” Read all the details here. 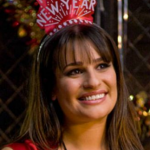 From The Jane Dough: Well, the election is over. Now what? Writes The Jane Dough’s Laura Donovan, “Sing it with me now: no more election day 2012 talk! Little “Bronco Bama” must be so happy, and we are too. The Obama-Romney race has been part of our lives for as long as we can remember (and by as long as we can remember, I mean two years), and now that Nov. 6 is out of our lives, we can rejoice the coming weeks and months. Whether you’re pleased with the election results or not, you have these five things to be happy about.” Find out what they are (they include Thanksgiving and New Year’s Eve) here. 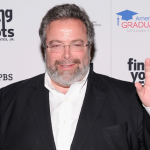 From The Braiser: Now that the election is over, New York can truly focus on rebuilding. And restaurateur Drew Nieporent chimed in on just how bad the effects were on the food business, reports The Braiser, “Speaking to Food Republic, the owner of Nobu and Tribeca Grill estimated that collectively, his restaurant group lost $600,000 in the week after Sandy. With closed restaurants, flooded basements filled with aging equipment, and a noticeable downturn in covers, Nieporent admitted that this was the worst interruption he’d ever experienced — even worse, he claims, than 9/11: ‘Well, I certainly believed after 9/11, when we were shut down for two weeks, that we wouldn’t have business interruption like this. However, this is almost worse – certainly not from a humanity standpoint – but worse based on no power and total uncertainty when it was going to be restored.” Read the full story here.