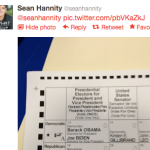 From Mediaite: Election Day is upon us! Stay tuned to Mediaite for full coverage as the day progresses. For now, many are heading out to cast their ballot and sharing their excitement via social media. But did pundit Sean Hannity go too far? Writes Mediaite, “This morning, Fox News host Sean Hannity Tweeted out a picture of his completed ballot, prompting liberal blog ThinkProgress to wonder whether the media personality was breaking the law. ‘This may be a misdemeanor under New York State elections law which prohibits voters from showing a ballot ‘after it is prepared for voting, to any person so as to reveal the contents,’’ they wrote.” See the images he posted to Twitter and whether he broke the law here. 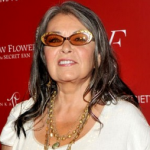 From Gossip Cop: Who will you vote for today: Barack Obama, Mitt Romney, or Roseanne Barr? You heard that right, reports Gossip Cop: “The TV icon is the Peace and Freedom Party’s official candidate for President, having won the nomination back in August. Now that it’s Election Day, Barr is tweeting up a storm, trying to rally support for her (ahem) long-shot White House bid. The comedian posted a list of the states where she’s officially on the ballot (California, Florida and Colorado), as well as a longer list of the locations where she can be counted as a write-in candidate. Unfortunately for Barr, support for her third-party campaign may be limited. Her ex-husband Tom Arnold tells TMZ he’s voting for another candidate, adding, ‘But for God’s sake, let Roseanne have her pot… she’s 60.'” Read more here. 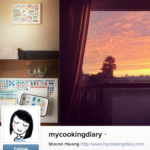 From Geekosystem: Speaking of ballots and instagram — Do you like your Facebook profile? Do you want your new Instagram profile to look more like it? You’re in luck! Reports Geekosystem, “Instagram, known worldwide as That App Folks Use When Taking Pictures of Food, has just added profiles on the web that will showcase users’ recent photos. For the most part, this just provides an easy place to point folks that really want to see every meal you’ve ever had since downloading the app, and maybe a sunset or two. Amusingly, the profiles are pretty obviously duplicates of the standard Facebook ones. In a way, it makes sense. Facebook does own Instagram now. On the other hand, making them so obviously similar feels wrong somehow.” Read the full story here. 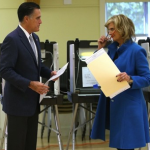 From Styleite: Did you head to the polls today to cast your vote? If so, what did you wear? Ann Romney chose blue, reports Styleite: “While Michelle Obama made sure to note on Jimmy Kimmel Live! that she and Barack voted early this year, Mitt and Ann Romney hit the polling station today in Belmont, Massachusetts to cast their ballots. Blue state, blue coat seemed to be Ann’s modus operandi for the day, even if we can be pretty sure she didn’t match her vote to her ensemble. She did, however, choose a pair of red-hued reading glasses (way to make sure you fill in that oval!) as well as a version of that chunky beaded necklace look she’s proven herself so very fond of along the campaign trail.” See pictures and read more about Michelle and Ann’s styles here. 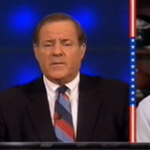 From SportsGrid: Election Day is here. Election Day is here! The long winding road to the Presidential Election is finally over, and SportsGrid’s Glenn Davis could not be happier about it. But before he can celebrate the end of the campaigns, he was forced to watch his candidates one last time… on Monday Night Football. He writes, “Mitt and Barack have dominated my life long enough, and I’m ready for just one of them to remain on the national stage after tonight… nothing drove home just how ready I am for this shit to be over than watching these candidates spout tripe to Chris Berman at halftime of Monday Night Football last night.” Watch Mitt Romney’s interview with Chris Berman here (and find the President’s on the site, too). 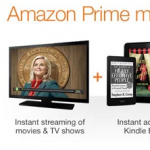 From The Mary Sue: If you would like to ignore your election stress by catching up on some non-political television, do you turn to Netflix, Hulu, or Amazon Prime? The Mary Sue’s Jill Pantozzi updates readers on all the options: “My household recently signed up for Amazon Prime (mostly for The West Wing) and have been exceedingly happy with it. Not only does their streaming service offer shows Netflix doesn’t, the free two-day shipping came in handy while ordering last minute cosplay items for New York Comic Con this year. It seems they’ve decided to try a new tactic to gain customers. Much like Netflix and Hulu, Amazon will now offer a $7.99 monthly option which includes everything the $79 yearly subscription does. Sound good? Maybe, maybe not. That comes out to $95.88 a year.” Read more of what she has to say here. 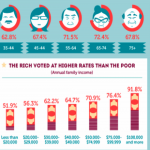 From The Jane Dough: One hundred years ago, women couldn’t vote. Today, they may decide the election. Writes The Jane Dough, “The 2012 presidential campaign this year could have been renamed ‘Who Loves Women More: 2012 Edition.’ Between the ‘War On Women,’ binders full of women, Sandra Fluke and Ann Romney’s rallying cry of ‘I love you, women!’, female voters were focused on to a degree unseen in previous elections. Will it make a difference? …[T]he two demographics most likely to turn out on Election Day are women and the elderly. In the 2008 election, 65.7 percent of women voted in 2008, compared with only 61.5 percent of men. Polls show that while Mitt Romney enjoys a seven point lead over Barack Obama among men, Obama leads him with female voters by eight points.” Check out all the info in infographic form here. 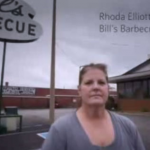 From The Braiser: Mitt Romney has been sure to blame Barack Obama for many things over the course of his campaign trail, but here’s one involving food. Reports The Braiser, “As a public service reminder, we at The Braiser hold no partisan views; and neither do the good people at Food Safety News. However, they report that a current Mitt Romney ad running in Virginia, which claims that a local barbecue chain was forced to shut down due to the downturn in economy (caused by Barack Obama, obvi), was completely inaccurate. The ad, called “Bill’s BBQ,” features the now-shuttered company’s CEORhoda Elliott blaming their bankruptcy on Obama’s inability to jumpstart the economy. However, a quick review of their health records over the past five years reveals that they’d been cited multiple times in the past few years for serious health violations.” Read more here.