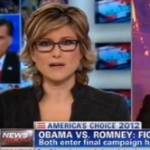 From Mediaite: The Presidential Election is TOMORROW. Who will win? CNN shares some light on the poll predictions, reports Mediaite: “On Monday, CNN’s Ashleigh Banfield highlighted CNN/ORC poll numbers showing that, when it comes to support for PresidentBarack Obama this election, 86% of those voting for him are doing so because they genuinely like and agree with him, while 12% report that they’re simply casting a vote against Mitt Romney. Meanwhile, 62% of those voting for Romney are doing so because they like and support him, with 37% admitting that they’re casting a vote against Obama.” Read the full story (and see all the media coverage of the election) here. 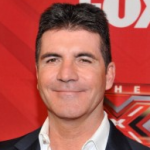 From Gossip Cop: The worst of Hurricane Sandy may be over, but the road to recovery is just beginning. Many celebrities, including Simon Cowell, are lending a hand. Reports Gossip Cop, “Simon Cowell has donated $25,000 to the New York Daily News’ Hurricane Sandy relief fund. The ‘X Factor’ creator said in a statement, ‘I’m proud to give my support to the Daily News Sandy appeal. This has been a terrible tragedy for so many families who have had their lives and homes destroyed.’ ‘I hope everyone gets all the help they need to put their lives back together as soon as possible,’ Cowell added. The New York Daily News launched its disaster relief effort on Saturday, and has been delivering blankets, food and other supplies to people affected by the hurricane in Queens, Staten Island, and Brooklyn.” Read more about stars doing their part here. 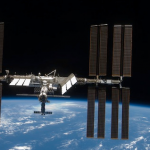 From Geekosystem: With the recent blackout in New York City, we came to appreciate the beauty of outer-space gazing. Enter NASA to help, reports Geekosystem: “When they’re not trying to explore the vast reaches of space, NASA always seems to be working on involving the public in their various endeavors. The more folks are aware of what’s going on in space, the more likely they are to want to do more out there. It’s for this reason that the agency has now launched a service they’re calling “Spot the Station,” where anyone interested can sign up to be alerted when the International Space Station should be visible in the night sky. Given that the International Space Station is the third brightest object in the sky, dwarfed only by the Sun and the Moon, it’s not hard to spot if you know when and where to look for it.” Read more here. 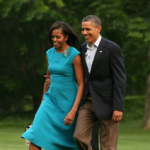 From Styleite: By now, we may have been keeping up with what the presidential candidates did on the campaign trail, but what did they wear? Styleite takes a retrospective look at the First Lady’s fashion: “[B]efore you head to the polls to cast your ballot tomorrow (that is, of course, if you didn’t vote early), let’s take some time to look back on the sartorial choices of First Lady Michelle Obama as she’s toured the battleground states, given rousing speeches at campaign rallies, lent her support atthree Presidential Debates, and made the talk show rounds. Along the way, Obama has pulled out all of the stops style-wise, choosing pieces from designer favorites like Jason Wu, shopping her closet for frocks she last wore on the trail in ’08, and going head-to-head with Republican Party first lady Ann Romney in a fucsia fashion showdown.” See all the looks here. 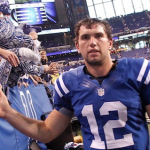 From SportsGrid: Are you a fan of sports statistics? Then listen to this cool but creepy one that emerged after yesterday’s NFL action: writes SportsGrid, “What if I were to tell you that Andrew Luck, the rookie quarterback who replaced Peyton Manning in Indianapolis amid much controversy and hoopla and veiled feelings of semi-betrayal, would have the same amount of passing yards and the same exact record as the Broncos new/old quarterback? You’d probably say, ‘Wow, that’s statistically unlikely, narratively convenient, and also a little bit creepy.’ And you’d be right… Adding to the weirdness, Luck set a single-game rookie passing record yesterday, going for 433 against the Dolphins. The Colts are now 5-3, as are Manning’s Broncos.” Read more of the statistics madness here. 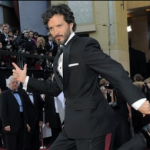 From The Mary Sue: Muppets fans, listen up! The Mary Sue has some exciting news: writes Rebecca Pahle, “I’m going to take full credit for this. Yesterday, when I wrote about the possibility of Christoph Waltz being in the next Muppet movie, I said that if Bret McKenzie didn’t return to write the songs for it I would cry. And last night it was announced that he will be returning. Looks like the universe had my back on this one. You’re welcome, fellow Muppets-Flight of the Conchords fans. The news is courtesy of Collider writer Steve Weintraub, who ran into The Muppets producer Todd Lieberman at a party and rightly took the opportunity to grill him about the upcoming movie. Aside from the McKenzie news, we now know that shooting will begin in London this January and that there “might” be a new Muppet.” Read all the details here. 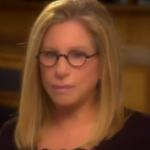 From The Jane Dough: With the election quickly approaching (er, tomorrow!), The Jane Dough takes a minute to take a look at the political opinion of one very cool woman, Barbra Streisand: “With close poll numbers mere days before the election, GOP contender Mitt Romney and rival Barack Obama need all the support they can get, so our president may appreciate singer Barbra Streisand’s new video endorsement for him. ‘In this election we have a choice between two candidates,’ the performer says in a clip for the National Jewish Democratic Council. ‘President Obama, who has taken our country forward by expanding women’s rights and fighting for social and economic justice. He’s got our economy moving in the right direction.'” Read more of what she has to say here. 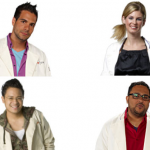 From The Braiser: If you are in New York City tonight, are hungry, have time and money to spare, and would like to help the Hurricane Sandy relief efforts, listen to The Braiser: “Amidst Rally Shakes at Shake Shack and news of #dineoutNYC spreading to support restaurants in Lower Manhattan today who finally have their power back on (bottomless brunch anyone?), Angelo Sosa, Jen Carroll,Kevin Sbraga, and Dale Talde are teaming up for a Hurricane Sandy benefit dinner in Angelo’s Hell’s Kitchen restaurant Añejo Tequileria. In traditional Top Chef format, each former cheftestant will take on one course in a four course meal, served with cocktail accompaniments. We shudder to think who got stuck with dessert. Tickets are going for $100 each, with all proceeds going to Red Cross.” Read more about it here.