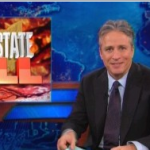 From Mediaite: With all the Hurricane Sandy chaos, it’s easy to forget that the election is merely days away. The Daily Show weighs in: “Jon Stewart told Americans hit hard by Hurricane Sandy to take solace in the fact that no matter how hard they may have it, at least they’re not being flooded by a constant barrage of political attack ads and appearances by presidential candidates that is close to driving the citizens of Ohio insane. Stewart explained that, essentially, Ohio’s electoral votes are the only ones that matter now, hence why a ton of money is being spent on political ads in the state, more than any other state in the country. The ads are so bad, Stewart said Ohio voters are being haunted by ‘dream ads.'” Read more and watch the segment here. 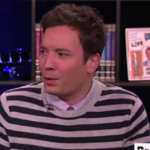 From Gossip Cop: Hurricane Sandy is bringing New Yorkers (and celebrities!) together in interesting ways, reports Gossip Cop: “Forced to flee his apartment during Hurricane Sandy, Jimmy Fallon had an unexpected encounter… with Lindsay Lohan. The late night host shared the anecdote with Andy Cohen on Thursday’s ‘Watch What Happens Live,’ explaining that he’d been staying at the Four Seasons hotel during the power outage, and had gone to the nearby restaurant Tao for dinner. That’s when he heard someone call his name. It was Lohan, who asked, ‘Are you here by yourself?… How embarrassing.’ The actress invited Fallon to join her and two friends, with whom he had a lovely evening. Fallon described Lohan as ‘loose and cool’ — and sober.” Read more, and watch Fallon recount the story to Andy Cohen, here. 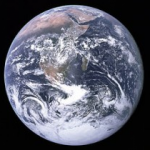 From Geekosystem: Want to rule the world? You should probably place a bid, then. Explains Geekosystem: “Much more valuable than your Crayola collector’s tin, a Japanese man is attempting to auction off the Earth on Yahoo Auctions. Even weirder, at the time of this writing, the auction has 2,772 bids, with the current price sitting at 9,912,356,678 yen, or about 123,472,279 bucks, with four days remaining. The auction initially started at 86 cents, but has since caught fire. We assume the winner isn’t actually going to pay hundreds of millions of dollars, but this is pretty fun nonetheless. The auction is full of amusing (or terrifying, depending on how you view it) little tidbits, such as how, in the product description, the seller claims the planet was given to him by God, so it’s now his to auction, then asks bidders to consult the shipping method.” Read the full story here. 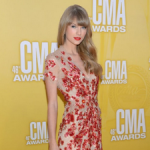 From Styleite: The hurricane didn’t stop last night’s Country Music Awards from happening, and Styleite has the scoop on all the red carpet looks. Writes the site, “Country music loves its sparkle, and last night’s 46th Annual CMA Awards in Nasville, Tennessee was no exception. Taylor Swift, Carrie Underwood, Lucy Hale, and more wore showstopping ensembles — but who was best dressed? Swift looked exactly like she always does: stunning and statuesque in a nude Jenny Packham gown with red appliqués. Packham also happens to be one of Kate Middleton‘s go-to designers; we could totally see her wearing this number.Underwood also looked rather lovely in a white Reem Acra gown with a sheer panel, gold floral embroidery, and appliqués at the bodice.” Read more and see all the photos here. 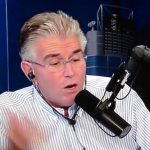 From SportsGrid: New York City is still recovering from massive damage done by Hurricane Sandy, so the city’s decision to go ahead with this weekend’s marathon is controversial. Writes SportsGrid, “Mayor Michael Bloomberg made the right call when he decided to cancel last night’s Knicks-Nets opener at the Barclays Center. Sure, the visual of Brooklyn’s new team opening their new arena on newly-renovated Atlantic Avenue would’ve been a nice one – nothing stops New Yorkers! Not even this bitch of a Hurricane! — but I don’t have to tell you that making police work a basketball game while bodies are still being found in Staten Island would’ve been a misuse of resources. Canceling the Nets game was the right move. Jay-Z would just have to wait.Which made it very confusing when Bloomberg decided that the city would go right aheadwith the world’s biggest marathon, something that gobbles up way more resources than one night at Barclays would.” Read more, including what mike Francesa thinks, here. 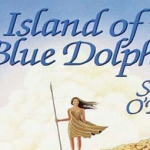 From The Mary Sue: Did you read (and love) Island of the Blue Dolphins growing up? Then listen to this cool information shared by The Mary Sue: “Navy archaeologist Steve Schwartz has found the cave of the Lone Woman of San Nicolas island—a.k.a. the woman who inspired Scott O’Dell’s YA classic Island of the Blue Dolphins… The woman was a member of the Nicoleño tribe, which had to leave its island home off the coast of California after an 1814 massacre perpetrated by sea otter hunters from Alaska (those darn sea otter hunters) left the tribe devastated. Franciscan fathers packed all the Nicoleños on a ship and took them to the mainland—all except the Lone Woman, who went back because her baby had been left behind. (In O’Dell’s book it was her brother.) The Lone Woman lived alone on the island for 18 years before being found in 1853 by a rancher and taken to Santa Barbara, where she died seven weeks later of dysentery. Schwartz has been looking for the cave where the Lone Woman lived for over 20 years.” Read more here. 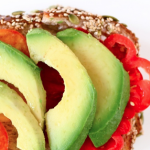 From The Jane Dough: The Jane Dough is issuing a challenge to all you women in the workplace: “We get it — it’s hard to make yourself make yourself lunch every week! Moreover, it’s so easy to buy tons of food over the weekend, thinking you’ll prepare nutritious and appetizing lunches for yourself every day in the coming week, only to let everything languish in the refrigerator and eat out every day. It’s much cheaper and healthier to bring your own food to the office, however, and it’s possible to form the habit — and a game plan and some inspiration go a long way. It’s a great resolution to make and keep this November, as it gives you the opportunity to detox from all the candy you ate on Halloween. And hey, maybe consider donating some of the money you save next week to Hurricane Sandy relief? Check out these easy, tasty and healthy ideas, and you’ll be laughing alone with salad in no time.” See some of their healthy lunch suggestions here. 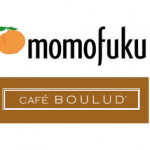 From The Braiser: Are you in NYC and hungry? Also feeling charitable? The Braiser has good news for you: “David Chang and Daniel Boulud have given you a way to stuff your face full of noodles and pork buns…for charity. (You can also get sloshed for charity, too! Only in New York.) Today, the Momofuku family has teamed up with Cafe Boulud to host three events, the proceeds from which will go to the American Red Cross to help victims of Hurricane Sandy: má pêche in Midtown is open, and will be serving lunch and dinner. At night they’ll be joined by Booker and Dax… At the Milk Bar in Williamsburg, Momofuku is hosting a Noodle Bar bun  pop-up, where they will be selling those damn pork buns that everyone loves for $10 (plus tax).” Read more of what’s open and where here.