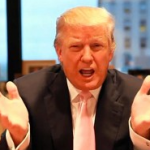 From Mediaite: After Donald Trump’s big “October Surprise,” Mediaite’s Josh Feldman pens a “Memo to the Media”: stop letting Donald Trump troll. He writes, “[A]fter so shamelessly falling for Trump’s birther act, the media is right back at it again. He touted a big October surprise that would completely change the tone of the presidential election, and his surprise wasn’t something that he could supplant with evidence, but a deal he has for President Obama to get his college transcripts, which no one was talking about and very few people were raising alarm bells over. When you feed a troll, you give them more ammunition… Donald Trump hasn’t just returned from the looney bin, he’s just saying things for the publicity.” Read more of his opinion here. 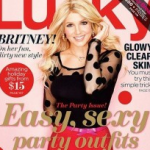 From Gossip Cop: It seems like Britney Spears is finally settling down. Gossip Cop reports on the latest: “Britney Spears says her extraordinary life can be extremely ordinary.In the December issue of Lucky, the pop star talks about having game nights with her boys, using products like Clearasil and Pantene, and preferring to wear sweats. ‘I work out. I swim. I play with the kids, I cook and I garden,’ says Spears, describing her habits outside of the spotlight. ‘We play Connect Four. We play Candy Land. Last night we read The Night Pirates.’ It’s a lifestyle that fiance Jason Trawick seems more than happy to share, with Spears saying his ‘sweet’ personality sets him apart from past loves. ‘He says he doesn’t mind that I sit around in sweats all the time,’ reveals the singer.” Read more about her life here. 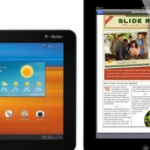 From Geekosystem: The Apple versus Samsung war rages on, and Geekosystem is keeping you updated on all the latest happenings: “The sniping between Apple and Samsung over whether the latter’s tablet infringes on the former’s patents is getting worse. Samsung came off as somewhat bitter after the initial U.S. verdict when they ran ads poking fun at the Apple Genius Bar. Apple has just escalated this feud to an entirely new level, however. See, the U.K. courts didn’t agree with Apple, and actually found that the Samsung Galaxy Tab didn’t infringe on their patents. Part of the ruling required Apple to issue an acknowledgement on their website, and they have. It’s probably not what the courts had in mind, though.” Read the full story here. 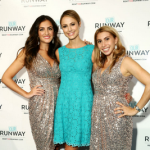 From Styleite: Going to a fancy party? Need a fancy dress? You’re in luck, thanks to a new initiative from Rent the Runway. Reports Styelite, “Finding the perfect dress for a fancy event has never been easier thanks to Rent the Runway. But founders Jennifer Hyman and Jennifer Fleiss are taking it one step further with a new social shopping platform called Our Runway, which allows their more than three million members to browse dresses based on personal photos from other customers. The concept is quite simple — women enter their measurements into the Find Women Like Me tool to see how others with comparable sizes look in a particular dress. That way, ladies can get a feel of how something will fit on someone other than a 5’10, size 0 model.” Read more, including scoop on the launch party, here. 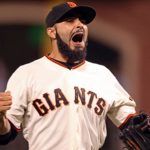 From SportsGrid: Providing your daily roundup of the previous night in sports, SportsGrid takes a look at the MLB World Series Game 2 and the NFL Vikings v Bucaneers game: “Well, Tigers fans, I’d start getting nervous if I were you. First, Justin Verlander had an off game in Game 1 that allowed the Giants to jump out to a series lead, and last night, even Doug Fister producing a terrific (and awfully tough) outing wasn’t enough, as Madison Bumgarner totally shut the Tigers down and led the Giants to a 2-0 win… and 2-0 Series lead… Going into last night’s game, I didn’t see much reason for Buc fans to have hope for a win. They were 2-4, and the Vikings were 5-2. The Bucs were winless on the road, the Vikes were undefeated at home. So of course the Bucs went out and produced the most impressive performance of the Greg Schiano era, rolling to a 36-17 win.” Read more here. 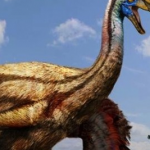 From The Mary Sue: An interesting new discovery about dinosaurs today: they developed feathers not to fly, but to pick up chicks! Reports The Mary Sue, “Recent discoveries indicate that dinosaurs developed wings much earlier than previously thought, and that these early wings weren’t used for flying, but for attracting mates. So kind of like peacocks, then. Deadly, deadly peacocks. A team of scientists led by geoscientist Darla Zelenitsky came to this conclusion after examining the fossils of three Ornithomimus edmontonicus specimens dating from about 70 million years ago. O. edmontonicus look like ostriches but weren’t thought to have feathers…until Zelenitsky and her team found traces of filaments that match up to known winged dinosaurs, which don’t show up in the fossil records until millions of years later.” Read more about what she found here. 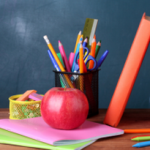 From The Jane Dough: With an upcoming election and the state of the economy, jobs are a hot topic. The Jane Dough is now featuring a new series called “The Jobs Report” accordingly. Writes the site, “In light of depressing statistics about unemployment, especially for recent college graduates, the task of finding a job you love — or finding a job at all — can seem insurmountable. We want to challenge those numbers and offer an antidote to the depressing data, so we’re asking women we know who have found jobs they love to share how they got their gigs and what challenges and rewards them about their careers. Kelley Blakslee is a fifth grade teacher living in Phoenix, Arizona.” Read the first Jobs Report about Kelley here. 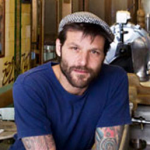 From The Braiser: Ooh la la!! There’s scandal in the French culinary world! Reports The Braiser, “The French version of Marie Claire is furiously backpedaling after a Paris chef revealed that one of its top editors requested a comped meal from his restaurant, then threatened to pull a favorable review after the chef refused. French food blog Food Intelligence was forwarded the entire email exchange from chef Pierre Jancou, whose acclaimed restaurant Vivant would have been featured on a list of Marie Claire general director Jean-Paul Ludot’s favorite Paris restaurants — that is, if Ludot could make sure that the restaurant was really as good as he remembered, so if he could just come in for free one night with a plus-one to ‘test’ the menu again, that would be totally awesome.” Read more, including the e-mail exchange, here.