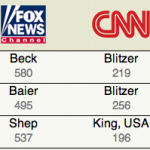 Oof, sad face! Mediaite reports that even in its infancy, Piers Morgan Live is trailing in prime time behind the other shows on his network. Even worse than his loss to well-known competitors Rachel Maddow and Sean Hannity, he’s trailing CNN’s John King, USA. Never heard of it? Me either, as it’s promoted far less vigorously by the network than Morgan’s own show. Here’s hoping for a comeback! To see the full ratings list, click here. 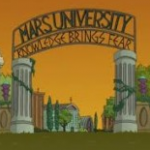 On Geekosystem today: as someone who applied and was accepted to colleges juuuust before Facebook officially became A Thing, this is scary: 80% of top schools now do a once-over of applicants’ Facebook pages during recruitment. And the victims of social media self-sabotage aren’t always the ones with 10 photo albums dedicated to their keg stand personal bests, but those whose internet personalities subconsciously rub admissions officials the wrong way. Yikes. Get the full post here. 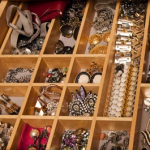 Styleite has a great post targeted at those of us who love jewelry and are not millionaires (I know, right? We exist!). There’s lots of practical advice (shop in your mom/grandma’s jewelry box, don’t be ashamed of costume jewelry) plus some creative ideas — did you know that our writer used to hoard the plastic rings from supermarket cupcakes in college? To read the full post, click here.

On Sportsgrid: Kato Kaelin appeared on “The View” today to confess his suspicion all along of OJ Simpson’s guilt. This revelation is notable given his high-profile friendship with Simpson at the time of his murder trial, but it’s odd that he was a guest on “The View” in early 2011. Slow week for the bookers? See the clip here. 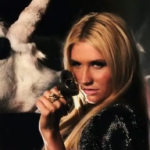 Gossip Cop has Ke$ha’s new video for her single “Blow,” and…well, it’s an epic battle between the singer and James Van Der Beek amid unicorns that are 2 levels of imaginary (that is, A. being unicorns and B. being made out of…velvet? The stuff you use in a Build-A-Bear factory?). Maybe I’m a cheap date, but I thought this kind of ruled. Watch it here.