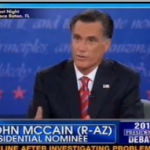 From Mediaite: Last night brought the final Presidential Debate; here’s what former Presidential candidate John McCain thought about it: writes Mediaite, “Senator McCain appeared on Fox & Friends Tuesday, where he didn’t seem too concerned that GOP candidate Mitt Romney hadn’t taken President Barack Obama to task over the misinformation the White House shared about the attack on the American consulate in Libya. ‘Well, I think in my view, it probably would have been something that was on the agenda,’ he said. ‘But I think also that Mitt Romney did the job that he needed to do, and that was to show the American people that he has the qualities necessary to be the commander in chief, whereas the President again had his snarky, cheap shot remarks that were unpresidential and not likable.'” Read more of what he had to say here. 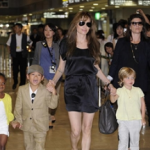 From Gossip Cop: Are there more Jolies and Pitts doomed for stardom? Gossip Cop reports maybe: “Angelina Jolie and Brad Pitt’s kids are getting into the acting biz!Eight-year-old Pax and seven-year-old Zahara Jolie-Pitt will reportedly appear in their mom’s upcoming movieMaleficent, a remake of Sleeping Beautytold from the perspective of the princess’ evil nemesis (played by Jolie).As Gossip Cop previously reported, four-year-old Vivienne Jolie-Pitt will play the younger version of Elle Fanning’s Princess Aurora in the film. Pax and Zahara will not have speaking parts, according to Us Weekly.Gossip Cop has reached out to Disney for details on the children’s roles.” Check back for updates here. 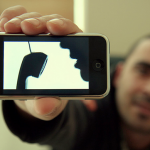 From Geekosystem: The Apple patent lawsuits continue. Geekosystem has the latest: “These days, patents are used more in legal posturing than just about anything else. It goes to show just how ludicrous the system is, however, that the United States Patent and Trademark Office has filed an invalidation for Apple’s U.S. Patent No. 7,469,381. All 20 claims of Apple’s rubber-banding patent are now officially on their way to being thrown out. This includes the same claim 19 that was used against Samsung in the company’s recent high-profile trial. In the end, the jury ruled that Samsung owed Apple $1.049 billion for copying the design of the iPhone, but this non-final decision from the USPTO could see the ruling receive new scrutiny. Samsung’s already filed a motion to have the judge consider exactly that. That doesn’t necessarily mean it’s going to stick, however.” Read the full story here. 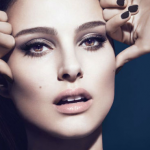 From Styleite: The United Kingdom has banned the latest Natalie Portman for Dior. Here’s why, writes Styleite: “The U.K.’s Advertising Standards Authority has banned Christian Dior‘s Diorshow New Look Mascara ad featuring Natalie Portman for overzealous airbrushing and exaggerating the product’s results. The product claims that it ‘thickens, separates, and extends the lashes for an infinitely multiple lash effect’, and the ad in question (which you can see below) focuses on Portman’s lush fringe. Her lashes are undoubtedly impressive, but one can obviously tell that some post-production work went into the ad. The Telegraph reports that the ASA received a complaint about the ad’s exaggerated claims. The complaint is similar to the ones filed against Julia Roberts‘ Lancome ad, Christy Turlington‘sMaybelline ad, and Georgia May Jagger‘s Rimmel ad, all of which were previously banned in the U.K.” Read more and decide for yourself here. 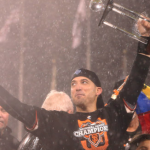 From SportsGrid: Here’s your Monday night sports recap, focusing on the two big games: baseball and football. Writes SportsGrid, “The Giants completed a huge NLCS comeback in overwhelming fashion, topping the Cardinals 9-0 to earn a spot in the franchise’s second World Series in three years. The Giants put it away early, with seven runs in the first three innings, and thanks to Matt Cain’s 5 2/3 scoreless innings and an equally untouchable performance from the bullpen, there was hardly any doubt about the result…  Week 7 in the NFL was bookended by defensive battles with nearly-even scores. After the Niners beat the Seahawks 13-6 to open things up on Thursday, the Bears finished off the action by holding off the Lions last night, 13-7.” Read more about the games here.

From The Mary Sue: Congratulations are due to funny lady Ellen DeGeneres today! Why? Writes The Mary Sue, “The John F. Kennedy Center for the Performing Arts named Ellen DeGeneres the next recipient of their Mark Twain Prize in May, and as it was written, so it has come to pass. The career of the actress, comedian, and host (of talk shows and award shows alike) was honored with a star-studded gathering at the Kennedy Center last night, and though we won’t get to see it until it airs on PBS next week, there’s still plenty of quotes. On PBS’s unexpected prominence in this year’s election, DeGeneres quipped, ‘Thanks to everyone at PBS. I am so happy to be part of your farewell season.’ On the prize itself? ‘Why didn’t I get this sooner?'” The show will air next Tuesday; read more quotes here. 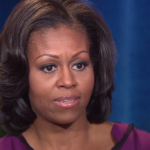 From The Jane Dough: Now that all of the Presidential debates have ended, The Jane Dough does a round-up of ten “Weird, Wonderful, and Hilarious Moments With Women” that ensued during them. What are some? Well, for starters, Martha Radatz being the “winner” of the VP debate: “Sure, Joe Biden, Paul Ryan, and Joe Biden’s amazing repertoire of facial expressions were there, but the real star of the vice-presidential debate was Martha Raddatz, a tough, smart and assertive moderator who felt like a particular breath of fresh air after the sleepy pushover wearing a Jim Lehrer skin-suit who showed up to moderate the first presidential debate.” Read more, including Candy Crowley and Michelle Obama’s most standout moments, here. 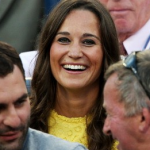 From The Braiser: Pippa Middleton, sister of the beloved Duchess of Cambridge Kate, penned a book about entertaining. The Braiser, however, is more interested in the New York Post’s review of it. Writes the site, “Dear New York Post: don’t ever change. We’ve maybe developed a slight crush on you after reading your review of Pippa Middleton’s new entertaining book Celebrate, where you burned her with the fiery brilliance of a thousand suns. (Seriously, it smells like barbecue in here — that’s how thoroughly you roasted her.) ‘After electrifying the world with her magnificent Alexander McQueen-sheathed bottom, Pippa Middleton appears to be aiming for mediocrity,’ Carla Spartos begins. ‘In her new entertaining book, Celebrate, out next Tuesday, the royal sister-in-law comes off as more down-market Sandra Lee than upscale perfectionist Martha Stewart.'” Read more here.