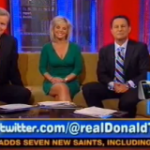 From Mediaite: Donald Trump loves attention, and he also loves being involved in Presidential Elections. Here, those loves combine, reports Mediaite: “Donald Trump called in to Fox & Friends on Monday morning where, after discussing tonight’s debate and President Barack Obama‘s upcoming visit to The Tonight Show (accompanied by the chyron ‘President Obama Continues Comedy Tour’), the reality TV star teased a ‘big announcement’ he has slated for this Wednesday. ‘I know one thing, you will cover it in a very big fashion,’ said Trump, likely correctly. ‘Will it change the election?’ asked Carlson. ‘Possibly,’ Trump replied. ‘Is it personal, or is it how he governs?’ Kilmeade asked. ‘It’s all in one,’ said Trump. ‘Everything. It’s very big. Bigger than anybody would know.'” Read more about it here. 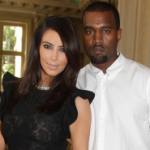 From Gossip Cop: There are a lot of celebrity rumors, but this is one of the funniest. Reports Gossip Cop, “Kim Kardashian’s 32nd birthday celebration in Rome was a bit of a downer, according to The Sun. The paper claims Kanye West ‘roped her’ into doing administrative work for President Obama’s reelection campaign before her big day on Sunday… Um… why would West fly his girlfriend all the way to Rome on her birthday just to force her into doing campaign paperwork? This story is just ridiculous. All weekend, the couple was photographed shopping, sightseeing and going to fancy dinners in the City of Love. They weren’t holed in a hotel doing secretarial work for Obama.” Read more here. 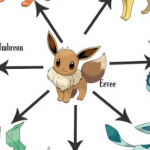 From Geekosystem: Science is pretty cool. Geekosystem reports on the latest discovery: “An international team of scientists has achieved one of the holy grails of evolutionary biology, documenting the creation of new genes in a living organism for the first time. After introducing a gene engineered to be beneficial to protein synthesis into the DNA of salmonella bacteria in their labs, researchers from the University of California Davis and Sweden’s Upsalla University have shown that strength in numbers may be the secret to success for mutant genes that stick around and become evolved traits of an organism.” Read the full story here. 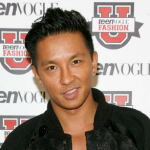 From Styleite: Another week, another new Target designer collaboration it seems. Styleite’s got the scoop on the latest: “Target‘s colossal holiday collaboration with Neiman Marcus and 24 CFDA designers hasn’t even hit stores yet, but the retailer is already announcing a brand new one with Michelle Obama and Kate Middleton-approved designer Prabal Gurung! Gurung, who also designed pieces for Target’s holiday collection, will launch a line of ladies’ ready-to-wear clothing and accessories available in stores from February 10 through March 23, 2013. According to a press release, the collab will include dresses, skirts, blazers, shoes, and more ranging in price from $19.99 to $199.99.” See more, including pictures, here. 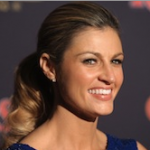 From SportsGrid:  Being Erin Andrews is probably pretty cool most of the time, but today it’s not. Reports SportsGrid, “Erin Andrews has dealt with her fair share of crazy people, so it comes as no surprise that there’s another one on the loose. Except this isn’t some stalker looking through her peephole, but a random Asian lady (we presume) making nonsensical threats at Andrews on Twitter. We highlight this not to incite further deranged Twitter rambling, but merely to point out that being famous and attractive isn’t always so peachy. Though it started last Tuesday and seemed to come to an end that same day, our crazy person returned for a second helping of crazy eight hours ago.” Check out that Twitter exchange here. 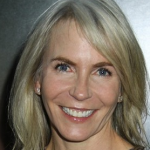 From The Mary Sue: Are you a fan of Buffy the Vampire Slayer? What about Pixar? If so, listen up. Writes The Mary Sue, “Joss Whedon isn’t the only Buffy alum with big things going on. Writer Marti Noxon, who’s worked on Mad Men, Grey’s Anatomy, Glee, and last year’s underrated Fright Night remake since leaving Sunnydale behind, has just been hired by Pixar to work on one of their upcoming films. It’s unclear exactly what Noxon will be working on; Pixar currently has several films in pre-production, including a Dia de los Muertos-inspired flick and the latest from director Pete Docter (Up, Monsters, Inc.), listed on IMDB as ‘The Untitled Pixar Movie That Takes You Inside the Mind.'” Read more about the collaboration here. 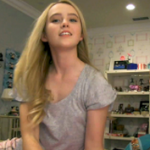 From The Jane Dough: Are you a fan of scary movies? Then The Jane Dough has some good news for you! Writes the site, “Though the fourth installment in the nightmare-inducing series received mostly lukewarm reviews and made less than almost all of its predecessors, its teenage female lead, Kathryn Newton impressed many with her performance as a likable and tech savvy but vulnerable teenager, so it’s no surprise that the horror franchise will return next year for a fifth installment and spin-off flick. If you walked out of ‘Paranormal Activity 4’ with questions about the back stories of new characters, you are in luck. Deadline reports that Paramount will be producing a ‘Paranormal Activity 5’ as well as a spin-off movie for 2013.” Read the whole article here. 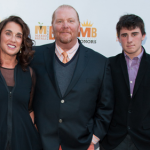 From The Braiser: Mario Batali’s newest project is a family affair. Explains The Braiser, “Mario Batali has ten cookbooks already, and published his first (Simple Italian Food: Recipes from My Two Villages) back in 1998, which must have made him — what, 25? — when that happened. Nevertheless, it looks like his preteen sons already have him beat with their own book deal: last week, the Batali family announced that they’d struck a deal with Harper Collins to publish The Batali Brothers Cookbook. The beginnings of the book came when Benno and Leo Batali, both definitely not 25-year-old chefs, gave their father a book of their family’s recipes for his 50th birthday, said Batali to Grub Street.” Read more about the cookbook here.