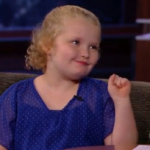 From Mediaite: Tonight brings the second debate between President Barack Obama and President Hopeful Mitt Romney, and entering the arena, Obama has one small advantage: a certain celebrity endorsement. Writes Mediaite, “Forget George Clooney, Anna Wintour,Scarlett Johansson, and pretty much every other celebrity this side of Clint Eastwood andJon Voight. Last night on Jimmy Kimmel‘s late-night ABC talk show, President Barack Obama got the celebrity endorsement of a lifetime. The words of praise came from Alana ‘Honey Boo Boo’ Thompson, the 7-year-old hyperactive star of TLC’s popular reality series Here Comes Honey Boo Boo. During her interview on the late-night program… the feisty reality star… flatly said ‘Barack Obama” when asked who she will ‘support’ in this upcoming election. The crowd wildly applauded.” Read more here. 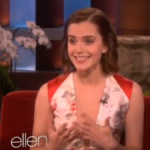 From Gossip Cop: Oh, to be Emma Watson. When choosing between dating American or British men, there are a few things to consider, she says. Reports Gossip Cop, “Emma Watson makes her debut on ‘The Ellen DeGeneres Show’ on Tuesday, opening up to the host about the cultural differences between dating British and American men… The Perks of Being a Wallflower actress, who’s dating fellow Brit Will Adamowicz, reveals, ‘English guys… dress really well and they are very well mannered. But they are also very restrained.’ She goes on to add, ‘Then I arrive in America, and I remember a few nights into Brown [University], this guy just being like, ‘I like you. You’re great. Let’s go on a date. Let’s do it.’ I’m like, ‘I’m sorry, what just happened? They’re very like open and very straight-forward, but they wear flip-flops and I don’t know if I like that,’ admits Watson.” Read more and watch video here. 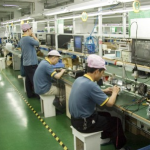 From Geekosystem: Another day, more bad news for Apple regarding FoxConn, their factory in China. Geekosystem has the latest: “The amount of labor violation accusations that come out of China isn’t something new. As long as there have been factories in the country, accusations have been the norm. From time to time, these even pan out. Accordingly, Foxconn has now admitted that they “accidentally” employed interns under the age of 16 — the legal working age in the country — after an internal investigation at their Yantai factory. That’s what happens when your company gets workers shipped to them from local educational institutions. This whole revelation shouldn’t be all that surprising, though. This is the same company that pressured a brain-damaged employee to leave the hospital. Labor violations are probably the least of their concerns.” Read the story here. 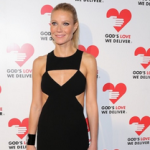 From Styleite: Who wore Michael Kors best last night? Reports Styleite, ” Last night, Michael Kors‘ nearest and dearest came out to support him at the Golden Heart Gala at New York City’s Cunard Building. The evening’s red carpet was heavy on the simple sportswear, and guests’ looks fell squarely in to three camps: oranges, metallics, and blacks & blues — in other words, signature Kors, through and through. Gwyneth Paltrow‘s black cut-out number was straight off of the designer’s Spring 2013 runway, though the hem was raised about a foot from the version Karlie Kloss wore in the show — a great call were it not for the somewhat jarring whiteness of her Jimmy Choo pumps. Also opting for dark dresses were Anna Wintour, in prim sleeveless navy jacquard, the Richards sisters with mom Patti Hansen, and Karolina Kurkova, whose double-breasted vest belted atop long sleeved lace was one of our favorite ensembles of the night.” See pictures of all the ensembles here. 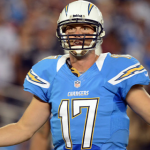 From SportsGrid: Need a roundup of everything you missed in the world of sports last night? SportsGrid’s got your back: “[A]fter completely dominating the first half and racing out to a 24-0 lead, the Chargers came out for the final 30 minutes, and proceeded to collectively poop all over the field, as a team, for the entire half, like a gaggle of geese. Speaking of geese, they also would have played football about as effectively as the Chargers did – San Diego yielded 35 unanswered points in the half without ever scoring any of their own, and the Broncos walked away with a 35-24 win… The NLCS is all tied up —  It’s a widely-accepted fact at this point that the Cardinals, as a team, have magical powers that allow them to come through every time they need to, but those powers only apply in must-win situations.” Read more about what happened, including Peyton Manning’s awesome game, here. 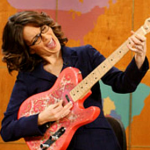 From The Mary Sue: It is a very happy day for women, lovers of awards shows, lovers of comedy, and really, everyone. Why? Writes The Mary Sue, “The ex-SNL tag team of Tina Fey and Amy Poehler will take over hosting duties at the 70th annual Golden Globe Awards next year from Ricky Gervais. The British comedian had a three year run that wasn’t without controversy. Hopefully these fabulous ladies will breathe some fresh air into the gig. The Hollywood Foreign Press Association, the organization of journalists behind the Globes, made the announcement. ‘The unparalleled comedic timing of Tina and Amy will surely have viewers wanting to tune-in to see them in action,’ said HFPA president Dr. Aida Takla-O’Reilly… Fey has won two Golden Globes for her role as Liz Lemon on 30 Rock while Poehler was nominated for her Parks and Recreation role, Leslie Knope. The show will be held January 13th in Beverly Hills.” Read more here.

From The Jane Dough: As the Presidential Campaign continues, people are still talking about Sarah Palin. …? But no matter, surprising news regarding her familial relations today, writes The Jane Dough: “You can choose your friends, but you definitely can’t choose your family members. Oscar recipient Halle Berry knows this all too well, as she screamed after learning that she is a “distant” relative of former Alaska governor and staunch Republican Sarah Palin. ‘You know who I’m related to?’ Berry said during an Extra interview alongside ‘Cloud Atlas’ co-star Tom Hanks. ‘Sarah Palin.’ The interviewer screamed ‘no,’ to which Berry laughed and responded, ‘That’s what I said. No! Some twisted way, someone sent me this information.’ Though this would be good news to some, Berry has been an Obama supporter since 2009 and has even considered asking the president to crack down on paparazzi.” Read the whole piece here.

From The Braiser: So what is the state of the food system in America? Rick Bayless has some thoughts, and The Braiser got the chance to interview him, right before he delivers the keynote address for the James Beard Foundation’s third annual food conference tomorrow. On the topic, he says: “It’s really interesting that the directors of the Beard Foundation have decided that sustainability is such an important topic. It’s such a mainstream concern these days, that they would want to throw a whole conference for [it]… One of the topics this year is trust. And I think that we can all relate to the fact that sometimes when we look at our food, we don’t necessarily trust where it comes from, or that we really understand what’s in that package. So we’re going to have to really think about how we’re going to develop trust again in that system.” Read more of what he has to say here.