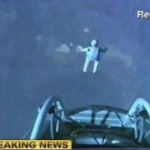 From Mediaite: Today, let’s take a quick break from all the Presidential Campaign/Politics talk and look at something else the media covered: an incredible skydive from space. Writes Mediaite, “On Sunday afternoon, Austrian skydiver Felix Baumgartner successfully completed a jump from 23 miles above the Earth, breaking the speed of sound in the process, and setting world records for the highest jump, highest balloon flight, and fastest jump. The Red Bull Stratos jump took place on the 65th anniversary of legendary test pilot Chuck Yeager‘s first supersonic flight, and the view from Baumgartner’s capsule as he jumps is probably one of the most terrifying pieces of film you’ll ever see.” The feat was available to watch live. Check out that video here. 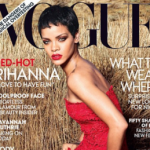 From Gossip Cop: Rihanna is taking after Gossip Cop and setting rumors straight, namely the recent rumors about her and Robert Pattinson at the MTV Video Music Awards. Writes Gossip Cop, “The new Vogue features Rihanna on the cover and gets into quite a few rumors involving her personal life — including the singer’s supposed flirtations with Robert Pattinson. Rihanna and Pattinson have been vaguely linked for years, mostly because gossip outlets crave that kind of sensational coupling. But the Vogue piece demonstrates that it’s nothing more than bad dish. At one point in the article… the writer continues, ‘Recently there were tabloid reports that Rihanna was flirting by text with Pattinson.’ The article’s author adds, ‘When I relayed this rumor to Rihanna before the VMAs, she expressed horror and pronounced it ‘the most bulls**t ever,’ but she also seemed amused.'” Read more here. 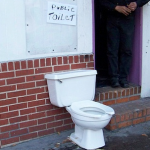 From Geekosystem: Did you know today is a holiday? Well, it is, writes Geekosystem: “It’s Global Handwashing Day, everyone! You’d like to think that maybe we don’t need an entire international holiday devoted to reminding us to wash up after we visit the restroom, right? We’d like to think that, too. Except here’s the thing — the numbers don’t bear that out. In fact, a study released today by Queen Mary College and the London School of Hygiene & Tropical Medicine found that 1 in 4 Londoners have fecal bacteria — like e.coli and staphylococcus — on their hands. Hands that they are just walking around touching things with. The really bad news, though? That seems tame compared to some of the other findings in the study.” Read about those findings here. 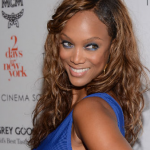 From Styleite: Tyra Banks, supermodel known on TV for America’s Next Top Model, is back on the tube with a new show, reports Styleite, “Does Tyra Banks ever sleep? In addition flaunting her completion of Harvard‘s Owner/President Management Program, writing books, producing and hosting America’s Next Top Model, girl’s got another project in the works: a scripted ABC comedy about her awkward years called Fivehead. Banks is the executive producer of the show, and shares a co-creator title with childhood friend and business partner Kenya Barris, who also works on ANTM. The show will be about Banks’ high school years and will focus on how she went from a socially challenged teen to world renowned supermodel. But really, it’ll be about the model’s favorite asset: her forehead.” Read all about it here. 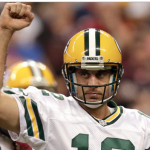 From SportsGrid: Another Sunday, another day of sports. Thankfully, Sportsgrid is here to catch you up on everything that happened in the sports world yesterday. Writes Glenn Davis, “The Packers finally looked 2011-level unstoppable — They waltzed into Houston last night to face the previously-unbeaten Texans and put on a show that rivaled anything from their blazing start last year, walking out with a 42-24 win… The Cardinals do not lose important games —  The Cardinals jumped out to a 6-0 lead against the Giants and held on for a 6-4 win in Game 1 of the NLCS… The Tigers are suddenly unbeatable — In earlier LCS action, the Tigers rebounded from being perfect-gamed through five innings to win 3-0 and take a 2-0 ALCS lead over the Jeter-less Yankees.” Read more of what happened here. 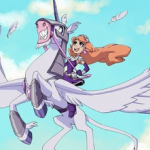 From The Mary Sue: Are you a fan of DC Nation? If so, The Mary Sue has some sad news for you: “Cartoon Network viewers were confused, Friday night, when they checked their television listings to find that in the hour when DC Nation normally aired, something else entirely was listed. It had been replaced by Dragons: Riders of Berk, a tie in series to Dreamworks’ How to Train Your Dragon. Many people assumed it was just a mistake, since even the creator of the Gemworld shorts, Brianne Drouhard, was under the impression that her work would begin airing tomorrow. After all, DC Nation couldn’t go on hiatus again: it had only been two weeks since it returned with a new season of Young Justice and Green Lantern after a four month break. Could it? Apparently it could, and for not reason that Cartoon Network has yet been forthcoming with.” Read the story here. 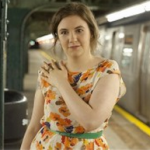 From The Jane Dough: It’s almost Halloween. What are you going to be this year, ladies? The Jane Dough has some ideas; they write, “Can you believe 2012 is coming to a close? And what a year it has been…We’re impressed by the long line of women who have fared well this year, and here are a few who have the potential to inspire excellent Halloween costumes. I know, I know, October 31 may be the last thing on our mind, but if you’re stumped on who to dress up as on the last day of the month, you’ll appreciate our ideas.” Check them out (they include Lena Dunham, Ann Romney, and Miley Cyrus circa summer 2012) here. 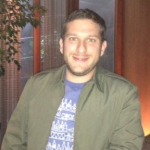 From The Braiser: This weekend brought the New York Food & Wine Festival, and The Braiser was a sponsor of the media lounge, bringing you full coverage of the event. At the festival, Chef Michael Ferraro took some time to speak with the site about his week: “We do a tremendous amount of events. This week we had Autism Speaks!, which is a really big one, which I love doing every year. We did the hors d’oeuvres, and then we hosted a table downstairs, so a tremendous amount of prep for that. Basically, tables start at $15,000 there, so we were really excited and brought our A-game for that. And then [the Festival] later on in the week. So it’s just been a really busy week. But we do this for a lot of different reasons: exposure, you know, and I like to see all the other chefs, and you basically get to hang out with friends and colleagues.” Read more of his interview here.