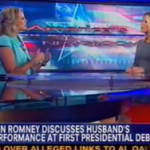 From Mediaite: The first Presidential debate is still the hot topic in the media, and now Ann Romney (who also co-hosted Good Morning America today) is speaking out about President Obama’s post-debate reaction. Reports Mediaite, “Appearing on America’s Newsroom this morning, Ann Romney told host Martha MacCallum that the Obama campaign has acted in poor sportsmanship for labeling her husband a liar following his debate victory last week. Asked what she thinks of the recent charges that Mitt Romney lied his way through the debate, the GOP candidate’s wife responded: ‘Lied about what? This is something he’s been saying all along. This is what he believes. This is his policy. This is his statement.’ She then likened the Obama campaign’s post-debate reaction to a sore loser on the playground.” Read more here.

From Gossip Cop: Lindsay Lohan tops the tabloids once again, this time fighting with her mother and causing the authorities to respond. Reports Gossip Cop, “Lindsay Lohan and her mother Dina were involved in an early morning fight that led police to visit Dina’s Long Island home on Wednesday. The Lohans are said to have left a New York club at around 4:00 a.m., arguing as they headed back to Dina’s suburban residence. Once they arrived at the house, things allegedly got physical, with Lindsay supposedly sustaining a cut to her leg, according to TMZ. But law enforcement sources tell Gossip Cop the incident between Lindsay and Dina was a ‘verbal argument.’ ‘There was no criminality. No further police action,’ we’re told. No arrests were made, although cops did take a domestic incident report.” Stay tuned for updates here. 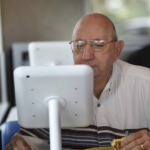 From Geekosystem: Would you like some fries with that burger? How about an iPad? If so, head to Hampton Roads, Virginia, writes Geekosystem: “Not content with the fast food business, a McDonald’s in Hampton Roads, Virginia is giving customers the option of free iPad use should they decide to leisurely dine inside the establishment, rather than the hit-and-run dining to which we’re all accustomed when it comes to McDonald’s. One can only imagine how dirty those screens must get from all the burger juice and fry grease. The iPads aren’t just placed on the plastic tray when you order a number two with just cheese and ketchup, but they’re bolted into stands that raise from tables, so one doesn’t walk off with a new, free iPad and a side of fries, but also so customers can have a hand free to eat while they do whatever it is one might do on an iPad.” Read the full story here. 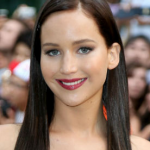 From Styleite: Who’s the new face of Miss Dior? Styleite’s got the answer: Jennifer Lawrence! Writes the site, “We should’ve realized that something was going down when The Hunger Games star sat front and center at the Dior couture show back in July! The French house has just signed 22-year-old Lawrence as the new face of Miss Dior, and while ads will land in magazines next March, but will obviously hit the interwebs much earlier than that. WWD reports that Marion Cotillard, who has fronted Dior campaigns since 2008, will continue her role with the house, but makes no mention of the current face of Miss Dior, Mila Kunis. Lawrence’s obligatory quote as the new face of Miss Dior: ‘It’s such a dream to represent an iconic brand that is synonymous with high fashion.'” Read more here. 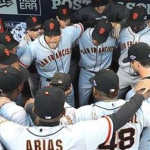 From SportsGrid: The San Francisco Giants saved their season last night by coming back to win NLDS Game 3. How? Hunter Pence. Writes Sportsgrid:  “The Giants, down 0-2 in their Division Series with the Reds and playing Game 3 in Cincinnati, held a team meeting before what could’ve been their final game of the year. Manager Bruce Bochy said a few words, then handed the baton to Hunter Pence… which is curious, because Hunter Pence has only been with the Giants for nine weeks. It turned out to be the right move, and if the Giants somehow turn this thing around — which is not completely out of the question, since the Reds are suddenly at a loss for starting pitching after San Fran’s 2-1, 10-inning win last night — Pence’s speech will be seen as the pivotal momentum swing. ‘The words were like poetry, but the way he delivered it was very moving,’ said relief pitcher Jeremy Affeldt.” Read what he said here. 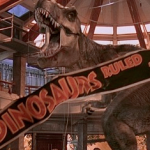 From The Mary Sue: This is good, if un-exciting, news: scientists have confirmed today that Jurassic Park couldn’t actually happen in real life. Reports The Mary Sue, “Say goodbye to your dreams of a real-life Jurassic Park. (Actually, why would you want a real-life Jurassic Park? Do you have a death wish? I’d rather not be eaten by a velociraptor, thanks.) Researchers in New Zealand have determined that DNA has a half-life of only 521 years, meaning that any dinosaur DNA a white-haired old scientist might happen to find in a chunk of amber will be so broken down as to be unreadable and, needless to say, uncloneable. Even at ideal preservation conditions of −5 ºC, DNA would be unreadable after roughly 1.5 million years and effectively destroyed after 6.8 million; given that the last dinosaurs died out around 65 million years ago, you can kiss your dreams of ever having that new cat-sized dino as a pet goodbye.” Read on here. 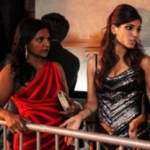 From The Jane Dough: Last night brought episode 3 of The Mindy Project, and The Jane Dough’s Sarah Devlin shares her thoughts: “My love affair with The Mindy Project continues, as this smart third episode allows the ob/gyn office staff to spend most of the half hour together, letting the viewing audience learn more about them, in contrast with the past two more Mindy-centric episodes. The only thing that was confusing was that once again, Ed Weeks’s Jeremy was shunted to the side and not given much of a chance to interact with the rest of the cast. Consequently, he still seems a bit one-dimensional. This week, Mindy decides she needs a better social life, as she spent the weekend watching movies, and spilled so much red wine on herself when she fell asleep once that she thought she had been shot.” Find out what shenanigans ensue here. 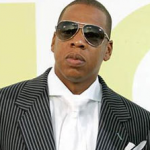 From The Braiser: Jay-Z is everywhere. After spending the last week opening the Barclays center in Brooklyn, he’s now expanding his YouTube channel (yes, he has one) into the culinary world. Reports The Braiser, “In a move that generated the most unexpected headline we’ve ever run, Jay-Z has signed British supermodel Jourdan Dunn onto his Youtube channel, where she will host an online cooking show titled Well Dunn With Jourdan Dunn (Congratulations! You used a pun involving your name and a homonym) when the channel relaunches. Little is known about the format of the show, according to Vogue UK, but Dunn tweeted earlier that she was ‘excited about the results.’ She’s also one of those people who loves tweeting everything she cooks, which is astonishing in that she’s a model who  actually enjoys eating food. In fact, she’s a model who can cook a perfect soft boiled egg (‘F*ck a hard boiled egg!’ she recently tweeted), so we tentatively approve of her and this show.” Read more here.