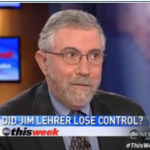 From Mediaite: Almost a week after the first presidential debate, the media continues to struggle with Obama’s disappointing performance and Romney’s perhaps untruthful win. Reports Mediaite,  New York Times columnist Paul Krugman weighed in during a heated This Week roundtable, where he “took a shot at the media for what he believes was a mishandling of the ‘untruths’ told by GOP candidate Mitt Romney. Unlike the rest of his co-panelists, Krugman was reluctant to blame President Obama’s lackluster performance on any specific person, instead focusing on the factual inaccuracies in Romney’s performance: ‘[I]t was kind of amazing because Romney was not only saying things that are not true, he was saying things that his own campaign had previously said weren’t true,’ he said.” Read the full story here. 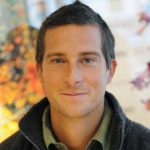 From Gossip Cop: Bear’s back! Bear Grylls, that is. Stay tuned to the tube for some crazy adventure, because according to Gossip Cop, “The former ‘Man vs. Wild’ star is launching an NBC reality competition series next summer called ‘Get Out Alive.’ The show will feature two teams testing their survival skills in the wilderness. ‘Get Out Alive will be raw, tough and unrelenting, but it will also inspire and teach the essentials that one day may just save your life,’ Grylls said in a statement. He added, ‘The goal is to empower people with the ultimate in both survival and teamwork, and that brings incredible reward — but first there must be some pain.'” His last show ran for seven seasons on The Discovery Channel, ending in late autumn 2011. Read the article here. 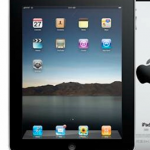 From Geekosystem: The iPhone 5 may have just been released, but does Apple already have a new product on the way? Namely, a new iPad? Reports Geekosystem, “According to MacRumors, Apple may already be working with developers on apps for a next-generation iPad. (Cue shocked face.) According to the report, one app analytics developer recorded data from a new type of Apple device. According to their information, the device had a similar ‘footprint’ to the iPad 3, but included much faster A6 processor, similar to the one in the iPhone 5. Based on the current consensus regarding its likely specs, it’s highly unlikely that the device was a prototype of the all-but-confirmed iPad mini.” Read more details about it here. 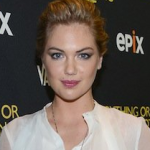 From Styleite: With the new 007 movie starting to make waves, some are wondering whether model Kate Upton might be a Bond girl one day. Answers Styleite, “Kate Upton made an appearance at the premiere of the documentary Everything Or Nothing: The Untold Story Of 007 in New York this week, where she talked about the possibility of becoming a Bond Girl herself. While chatting with Page Six, the model said that she doesn’t quite have the required skills…yet: ‘I would need to go through some intense training to learn all the Bond Girl moves. It’s a very prestigious title, and it would be a very cool role.’ So nothing’s set in stone, but clearly she has an interest! We’re skeptical about Kate becoming a Bond Girl (as we would be skeptical of most models trying their hand at acting), but we were also skeptical that she would make the jump into high fashion, and it would seem that we’ve been proven wrong.” Read more and see what she wore to the event here. 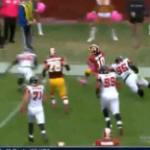 From SportsGrid: Redskins fans everywhere are collectively holding their breath as they await news regarding star player RGIII. Writes Sportsgrid, “Today, we were reminded that Washington Redskins rookie phenom Robert Griffin III is, in fact, human after the quarterback was knocked out of today’s game against the Atlanta Falcons with what is now being called a mild concussion. The hit that knocked RGIII out came with 6:12 left in the third quarter when Griffin scrambled along the sideline on third-and-goal, slipped, and was rocked by Falcons linebacker Sean Weatherspoon. Griffin went to the sideline and was given stitches after the vicious hit before eventually being taken to the locker room. He would not return. Rookie Kirk Cousins finished the game at quarterback for the Skins, who would go on to lose, 24-17.” Read more here. 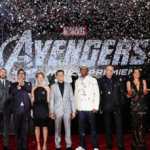 From The Mary Sue: Well, it’s been a long run, but finally after an entire summer The Avengers is no longer in theaters. So how much did it make? Writes The Mary Sue, “When it was announced The Avengers would be extending its run with even more theaters through Labor Day we figured they’d just keep it in theaters forever. Not so. Although the film has been on dvd for a couple weeks now, it’s officially out of movie theaters. So what did it make in the U.S.? $623,357,910. That number let’s it sit pretty at #3 of all time for both domestic and worldwide box office numbers. Meanwhile, the Daily Mail, your new source for all things sketchy, has reported a rumor that actresses Emily Blunt and Luther’s Ruth Wilson are up for the role of Ms. Marvel in the sequel. You may recall Blunt turned down offers to play both Black Widow in Iron Man 2 and Peggy Carter in Captain America because of timing but also because she didn’t want to be relegated to girlfriend status.” Read on about the film here. 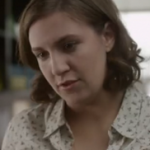 rom The Jane Dough: As hype for season two of HBO’s ‘Girls’ begins, it looks like the show may face the same criticism all over again (ahem, nepotism), and Lena Dunham is responding: reports The Jane Dough, ” Speaking at the New Yorker Festival this weekend, the 26-year-old said of those who blast her for only casting children of famous figures on her program, ‘The criticisms that — I wouldn’t say they surprised me, but they disappointed me — were the whole privilege and nepotism area of things. It’s upsetting, it’s confusing… I have plenty of counter-arguments to that, but it’s not elegant to share them.’ She said about as much a couple of months ago, when she claimed it was absurd for people to say she only got ahead because of her mom and dad, as the average person doesn’t even know that her mother is an accomplished artist.” Read more, including TJD’s opinion on the topic, here. 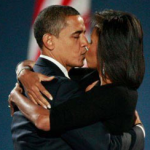 From The Braiser: Remember during last week’s Presidential debate, how it was President Barack Obama and wife Michelle’s anniversary? And it was awkward, because they spent it at a political debate, and Obama didn’t fare very well? Well, they finally celebrated for real, reports The Braiser, “On Saturday, Barack and Michelle Obama booked a private room at DC’s Bourbon Steak, one of many owned by the celebrity chef/Michelle Branch bestie, and dined for two hours. Adam Sobel, the executive chef at Bourbon Steak, offered the Obamas a special tasting menu (since deleted from his Twitter) that included highfalutin’ item menus like blinis with Osetra caviar and seared diver scallops with uni butter, but they opted to go a la carte. He unfortunately wasn’t allowed to say what they actually had for dinner due to security reasons. Whatever they ate, we hope that it saved the Obama’s marriage. Losing a debate so badly that even Chris Matthews wants to kill you would be a huge dealbreaker for most wives.” Read more here.