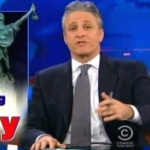 Mediaite has a clip of Jon Stewart’s commentary on one of the biggest stories of the week: the Obama administration’s announcement that it would no longer attempt to defend the Defense Of Marriage Act in court. Of course, like most of the cable news channels reporting on the issue, Stewart was more interested in what was going on with Lindsay Lohan. Aren’t we all? Watch the clip here. 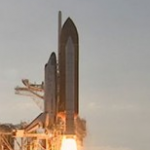 For those of us who love “Apollo 13” (KEVIN BACON!) and entertained childhood dreams of being an astronaut, this stunning photo on Geekosystem of the Space Shuttle Discovery launching for it’s final mission is a sight to behold. Check out the full photo here. 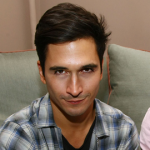 Styleite reminds us that part of the magic of fashion week is getting to hear some looney tunes stories. Exhibit A: in which Proenza Schouler’s Lazaro Hernandez loses his dog in an elevator, goes on a hunt for him in the midst of a fashion week party, believes him to be stolen by a f*cking hipster, then gets a tip from f*cking hipster Chloë Sevigny from Los Angeles about where the dog and its rescuer are. Just a normal day! Get the full post here.

Sportsgrid covers Carmelo Anthony’s ratings and ticket-sales boosts for the Knicks at his debut game. The numbers for the telecast were the highest they’ve been since Michael Jordan cleaned the Knicks’ clock in 1995. Anthony shouldn’t get too comfortable though, as Knicks fans apparently have a history of turning on their golden boys. To read the full post, click here. 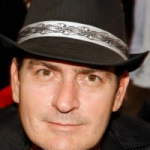 On Gossip Cop: oh, the drama! First Charlie Sheen announced he was ready to go back to work, then CBS canceled “Two And A Half Men” for the rest of the season, THEN Sheen retaliated with a letter to TMZ in which he attacked the show’s creator as a “contaminated little maggot,” an “earthworm,” and “silly.” Professional! Can’t wait to see how this develops. Get the full post here.