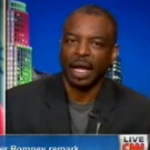 From Mediaite: The first Presidential debate is over, and though many agree Romney emerged victorious, fallout from his threat to cut funding for PBS continues. The latest to weigh in? Actor and producer LeVar Burton — whom many will remember fondly as the longtime host of Reading Rainbow. Reports Mediaite, he “appeared on Friday’sStarting Point to share his outrage over Mitt Romney‘s debate remark about cutting federal subsidies to PBS. ‘I was outraged,’ he told host Soledad O’Brien: ‘I couldn’t believe the man actually fixed his mouth to say that. I took it as an attack on children, Soledad. It is an attack on children who come from disenfranchised, you know, background. PBS is the nation’s largest classroom.'” Read more of his thoughts here. 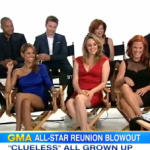 From Gossip Cop: Well, this is sort of the best news for every girl growing up in the 1990s. Writes Gossip Cop, “As if! The cast of Clueless reunited after 17 years on “Good Morning America” in a taped appearance on Friday. The segment was in conjunction with Entertainment Weekly’s “All-Star Reunion Blowout” issue, and featured cast members Alicia Silverstone, Stacey Dash, Donald Faison, Breckin Meyer, Elisa Donovan,Twink Caplan and Justin Walker… The cast also recited their favorite lines from the ’90s comedy. Of course, a couple key actors from the movie were noticeably absent from the reunion. Paul Rudd and Jeremy Sisto were not in attendance, nor was Brittany Murphy, who tragically died three years ago.” Watch the segment here. 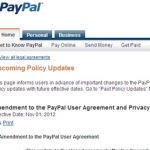 From Geekosystem: PayPal is arriving late to the party, finally changing their Terms of Service to prevent legal trouble. Reports Geekosystem, “Over the past year, there’s been a slew of Terms of Service updates pushed through by various companies to prevent their users from joining class-action lawsuits. Sony’s already on the bandwagon, as is Netflix. AT&T‘s had a similar clause for some time now. Not content to let other businesses have all the fun, PayPal has finally decided that they too like this idea of not being involved in class-action lawsuits. The update hits November 1st, and they’ve made opting out of it a hassle, because of course they did. Specifically, users have until December 1st to opt out. Unfortunately, this requires using snail mail to inform PayPal of your decision, which is just asinine and intentionally difficult. ” Read more about how here. 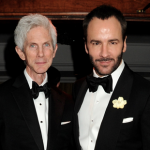 From Styleite: The world of fashion has an exciting new addition: the son of Tom Ford and Richard Buckley! Writes Styleite, “Welcome to the world, Alexander John Buckley Ford! You may not know it yet, but you’re about to be one very well-dressed kid. LOVE magazine broke the happy news of the birth on Twitter this morning. Ford and Buckley, who is himself a journalist and fashion editor, have been together 25 years. The designer talked about wanting kids in an interview with Time Out Hong Kong just last year: ‘I always said I wanted to have children. And as I got a little bit older, Richard, who I live with – we’ve been together 24 years – did not want children. And so I decided not to have children. But if I have children, no one will know about it until the child is born.’” Well, now we know. Read more here. 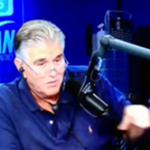 From SportsGrid: Remember that time Mike Francesa fell asleep on air? Me too. That was funny. Now, the world can’t leave him alone, reports Sportsgrid: “One downside to having your own highly-rated radio show? Prank callers. And such callers have been an especially intractable problem for Mike Francesa lately. First there was the fallout from the sleeping-on-air (sorry, eyes closing) incident. And now, his latest scourge: Artie Lange fans. First, they called in to make fun of Francesa for the aforementioned sleeping incident and to talk about blumpkins. Now, they’re back, and since the sleeping thing is pretty much ancient history at this point, they’re just skipping right to the dirty stuff.” Watch the video to find out what that is here. 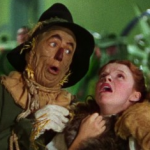 From The Mary Sue: When The Wizard of Oz was originally released, it was groundbreaking: letting the world see black-and-white cinema transform to a colorful world right in front of the audience’s eyes. Now, though, it seems like it might be reduced to a gimmick in the present’s most groundbreaking technology: 3D. Writes The Mary Sue, “Stop, Warner Bros. Just stop. With their 90th anniversary coming up, the studio has announced a whole slew of box sets, including a 100-film DVD collection, a Clint Eastwood collection, and, most interestingly, a Blu-ray rerelease of The Wizard of Oz. In 3D. They are converting The Wizard of Oz to 3D. It’s not been officially announced whether the 3D version will be released theatrically, but who are we kidding: It will make money, therefore the studio will do it.” Read what writer Rebecca Pahle thinks here. 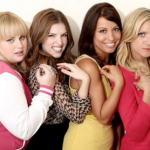 From The Jane Dough: What are you doing this weekend? Looking to see a movie? See Pitch Perfect, says The Jane Dough writer Sarah Devlin. Why? To name just one reason, the team of ladies behind the film, including writer Kay Cannon and producer Elizabeth Banks. Of Banks, The Jane Dough writes that she “rounds out the very lady-centric production as a producer, and also has a small role as one of two commentators at the national competition in Lincoln Center that bookends the movie. She has a wonderful Best In Show rapport with John Michael Higgins as the other commentator, and it’s awesome to see established funny women supporting other up-and-coming funny women.” Read Sarah’s other reasons you must see this film now here. 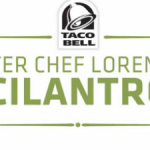 From The Braiser: Did you know that there’s a cilantro country? And Lorena Garcia went there? Writes The Braiser, “Did you know cilantro has a wine country? It does; it’s located in Santa Maria, California; and, apparently, it’s also where Taco Bell sources all of their cilantro from for their Cantina Bell menu. We wouldn’t have discovered any of this, of course, if Cantina Bell’s ‘MasterChef’ spokesperson Lorena Garcia hadn’t demanded to see the source of Taco Bell’s ingredients. They sent her, with cameras, to the misty pastures of what we will admit looks like the best-smelling place on earth. According to Gold Coast Harvesting’s General Manager Victor Tognazzini, his farm is ‘the wine country of cilantro.’ Lorena also referred to the field as ‘heavenland.'” Read more about it here.