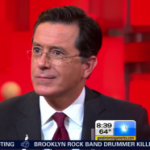 From Mediaite: The presidential debates begin tomorrow, and everyone’s got their predictions, including Stephen Colbert, who guest hosted Good Morning America today During the show, Colbert sat down with George Stephanopoulos to talk about his book [America Again: Re-Becoming The Greatness We Never Weren’t] and what’s happening this week in politics. Reports Mediaite, “Stephanopoulos asked Colbert about the premise of his book, to which Colbert proudly declared, ‘America’s perfect and it’s time to fix it.’ Stephanopoulos brought up the impending debate between President Obama and Mitt Romney. Colbert said if he were moderator, he would make them play rock-paper-scissors, and referred to debate moderator Jim Lehrer as ‘the most boring man in news.’ He suggested that during the debate, Romney should ‘randomly lash out’ at Obama.” Read more here. 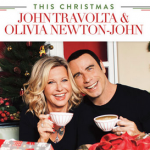 From Gossip Cop: Grease fans, listen up: your holiday season is about to get a whole lot better, because John Travolta and Olivia Newton-John are reuniting. Reports Gossip Cop, “In November, the Grease duo will release a holiday album called ‘This Christmas,’ nearly 35 years after their movie musical and its soundtrack became cultural landmarks. The new album features the pair singing an original song called “I Think You Might Like It,” as well as an all-star lineup — including Barbra Streisand, Tony Bennett, James Taylor and Kenny G — performing Christmas standards. ‘From the moment we decided to to this, magic happened,’ said Travolta in a statement. ‘Everyone we contacted agreed to do it.’ Proceeds from the album will be donated to the Jett Travolta Foundation and the Olivia Newton-John Cancer and Wellness Centre.” Read the details here. 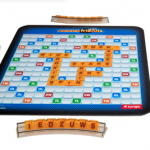 From Geekosystem: Don’t you love those Facebook games your friends play? Don’t you wish they were real boardgames you could play in person with your friends? No? Oh, okay… well… they are now. Reports Geekosystem, “The inevitable collaboration between Zynga and Hasbro has produced a line of board games from the latter that are based on properties from the former which are really just clones of the properties of the latter. We’re through the looking glass here, people. There’s something profoundly amusing about the fact that there’s now going to be a Scrabble board based on Words With Friends. Others are certainly more direct, like Draw Something essentially becoming Pictionary.” Read the story here. 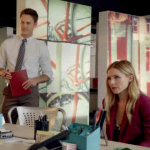 From Styleite: Thanks, Target – I’ve always wanted to shop and watch a movie at the same time, and now I can! Reports Styleite, “Target just launched the first episode of its shoppable short film today, and the video is actually pretty cool! Kristen Bell, Nia Long, and Zachary Abel star in the short romantic comedy, and as viewers watch the film, they can shop the exact pieces they see right on the same page. The video player is broken into two sections — one for the film, and the other for a scrolling list of the products featured in each frame. The film will be released in three five-minute episodes on October 2, 4 and 9, and will remain online through Oct. 31. It’s pretty cool to know what products are used in the film, and now, we’ll never have an excuse to say we don’t have time to shop. Check out the video here. 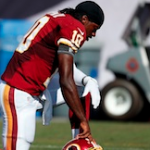 From SportsGrid: Some sports team names and mascots aren’t politically correct, like the Washington Redskins. That’s why one newspaper avoids using it, reports Sportsgrid: “The Kansas City Star has quite the policy in place for its readers: Due to the perceived racist nature of the term “Redskins,” the paper does its best not to refer to the Washington Redskins by its nickname. The majority of mentions, according to USA Today, come from wire service stories. Many are more than baffled by this policy, so the Kansas City Star’s public editor went on the offensive defensive: ‘I remain unconvinced by every argument I’ve ever heard that the name is not a racial epithet, plain and simple,’ he wrote… ‘I find it inconceivable that the NFL still allows such a patently offensive name and mascot to represent the league in 2012.'” Read the full article here. 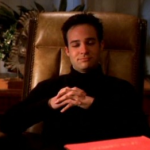 From The Mary Sue: There’s even more news regarding The Hunger Games, this time regarding the third installment: Mockingjay. It’s going to be authored by someone you might have actually watched on TV a while back… Reports The Mary Sue, “As of yesterday, Emmy Award winning screenwriter Danny Strong — you may know him better as Jonathan Levinson from Buffy the Vampire Slayer —   has been tapped to write Mockingjay, the two-part finale of The Hunger Games franchise. Strong recently won a pair of Emmys for writing and co-executive producingGame Change, that HBO movie from last year that starred Julianne Moore as Sarah Palin. His only previous feature-length writing credit is for 2008′s Recount, another made-for-HBO movie, this one on the 2000 election. The Hollywood Reporter says The Cabin in the Woods’ Drew Goddard and Game of Thrones’ Vanessa Taylor were on the shortlist before the final decision was made.” Read all about it here. 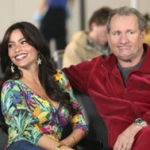 From The Jane Dough: Modern Family, hit ABC sitcom and star of the 2012 Emmy’s, has chosen to write a pregnancy for one of it’s characters, and The Jane Dough’s Laura Donovan is not happy about it: “While it’s sweet to watch Gloria and Jay enjoy the gift of procreation, I can’t help but feel like this was a poor direction for the program to take. I grew up in southern and northern California… In the golden state, there are plenty of blended families that include half-siblings with major age gaps. I’m a product of such a household, and believe me when I say it’s a lonely life more often than not… More than that, it’s not right for someone to become a parent at 65. Precocious character Manny seems aware of this and is the only voice of reason on the situation, per usual. It’s unfair, especially since Jay’s character would likely croak before the kid’s twentieth birthday. I’ve been there and it really sucks.” Read on here. 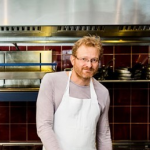 From The Braiser: Michelin stars are a pretty big deal in the food world. And now someone who used to be a blogger and has been in the business for just a year has earned one. The Braiser has the scoop: “A year ago, Swedish expatriate Mikael Jonsson was still writing entries on his famous food blog, Gastroville, while setting up the launch for his very first restaurant in London, Hedone. As of last week, the former blogger now has a Michelin star – which, as plenty of experts freaked out to the BBC — is a near-impossible feat for an amateur chef to accomplish. So how on earth did Jonsson pull off something that hundreds of thousands of amateur cooks, bloggers, and MasterChef winners will never achieve, ever?” Find out here.