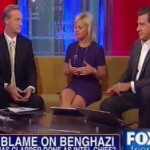 From Mediaite: The PR aftermath of the Libya attacks continues, but only some members of the media are noticing. Reports Mediaite, “The Five host Dana Perino sounded a note of skepticism on Fox & Friends when asked if the Obama administration was going to be held responsible for broadcasting misleading information regarding their knowledge of the factors behind the September 11 Libya attacks. Perino said that President Barack Obama and his administration would ‘get away with’ their characterization of the attacks – which have proven to be flawed – because enough time has elapsed for the intelligence community to take the fall for the appearance of deception regarding the impetus behind the attacks.” Read more here. 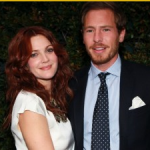 From Gossip Cop: We don’t believe that Drew Barrymore’s ‘Never Been Kissed’ before, because she has just become a mother for the first time! Writes Gossip Cop, “Drew Barrymore and Will Kopelman have welcomed their first child! The actress gave birth to a baby girl named Olive on September 26. ‘We are proud to announce the birth of our daughter, Olive Barrymore Kopelman, born September 26th, healthy, happy and welcomed by the whole family,’ announced the couple. ‘Thank you for respecting our privacy during this most special time in our lives.’ Barrymore and Koppelman, who remained mum throughout thepregnancy, wed in June. Congrats!” Their daughter shares the same name as Sasha Baron Cohen and Isla Fisher’s first daughter.  Read the article here. 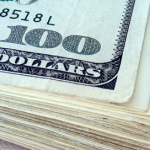 From Geekosystem: There’s no stopping Google, it seems. Reports Geekosystem, “Microsoft has finally had to abdicate its thrown to Google; the Internet giant has surpassed Microsoft’s market capitalization to take second place among technology companies. Only Apple sits above the two, though it has more market capitalization than Google and Microsoft combined. If nothing else, this finally does confirm that the Internet is serious business, especially for a company in the technology sector… Obviously, the market is always volatile. This might change, or it might not. The most likely course, however, will see Google continue to rise faster than Microsoft, which means that the search engine behemoth might never be caught. That’s all just speculation, though.” Read the full story here. 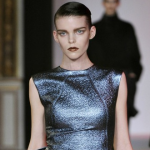 From Styleite: Someone’s getting fired for this: The Hakaan Spring Show was cancelled after the entire collection was lost by an irresponsible courier. Writes Styleite, “It’s every designer’s worst nightmare — well, one of them, at least: Hakaan‘s Spring 2013 show has been cancelled because a courier service lost the entire collection en route to Paris. Word of the cancellation spread on Twitter this morning after would-be guests received an email informing them that the show, which was scheduled to walk at 1:30PM tomorrow, would no longer be taking place. According to reports, Hakaan will be working to remake the show pieces to show to press and buyers at a later date. We’re not sure if this is better or worse than having your entire collection stolen in transit, but one thing’s for sure: we wholeheartedly hope he had insurance.” Read more here. 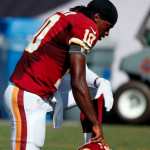 From SportsGrid: Another weekend, more football. Today, learn about the complications behind yesterday’s Tampa-Washington game. Writes Sportsgrid, “Grow forth, legend of Robert Griffin III. Trailing 22-21 with 1:42 to play, RGIII started on his own 20-yard line needing to move the ball into field goal range. The Bucs defense, as per this season’s tradition, wilted, and Billy Cundiff won the game with a 41-yard field goal. Except this wasn’t just any case of ‘exciting young rookie quarterback leads hapless team to victory’… RGIII, it turns out, was without a headset on the entire drive. Here’s Griffin on what happened: ‘The whole drive was a little complicated. In practice, every week, we always practice me calling the plays in two-minute acting as if the headset goes out. The funny thing was the headset did go out on that drive.'” Read more about RGIII leading the Redskins to victory here. 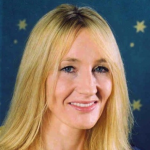 From The Mary Sue: J.K. Rowling, famed author of the “Harry Potter” franchise, has a lot of money and a lot of opportunities after the wild success of her work. But she doesn’t take them all – in fact, she just turned down the opportunity to go into space. Writes The Mary Sue’s Rebecca Pahle, “I can’t decide whether this makes her more or less amazing. Given the opportunity to travel into space, J.K. Rowling turned it down.The author related the invitation—and her snub thereof—to a group of fans at an event in London following the release of her most recent book, The Casual Vacancy. Said Rowling: ‘ was offered a seat. For a mere £2 million I could have been on the shuttle, but I turned it down.’ As Website Citizens in Space notes, it’s unclear who it was that extended the invitation, as NASA doesn’t exactly let civilians tag along on its flights.” Read on here. 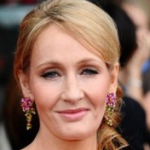 From The Jane Dough: Continuing the J.K. Rowling news: she’s penned an adult novel, and people are furious about it. Except The Jane Dough’s Laura Donovan, who thinks she should write whatever the hell she wants: “J.K. Rowling has the kind of success story that only happens once in a lifetime, and it was well-deserved. Longtime ‘Harry Potter’ fans were ready for the franchise as a whole to end last year when the final film hit theaters, but those who wanted more of her work had hope for her new novel, ‘The Casual Vacancy,’ which includes *gasp* sex, foul language, and a slew of totes inappropes things. She is being accused of ‘ruining childhoods‘ for penning something racy, but it’s time for her audience to put on their big kid pants and recognize that she has a right to publish whatever she pleases. The thought of pigeonholing such a talented and inspirational figure actually makes me sick to my stomach.” Read more of Laura’s thoughts here.

From The Braiser: So what is life after being on reality show Top Chef like? Reports The Braiser, “So you didn’t win Top Chef… But you still have a toque full of notoriety and a dream in your heart, and you want to open your own restaurant and Succeed In Your Industry, damnit. But it’s not an easy road, lubed by your newfound fame. No, you have all of these trials and tribulations, and obstacles, and family drama, and business drama, and appearances on Good Morning America, and semiautomatic weapons, to deal with. At least, this is the vision of life after Top Chef that Life After Top Chef, Bravo’s newest show, hopes to chronicle. The reality series, which follows Blais, Fabio Viviani, Spike Mendelsohn, and Jennifer Carroll in their post-Top Chef careers, premieres this week, and if this preview is anything to go by, it promises to be the most meta show in the Top Chef franchise.” Read more about Wednesday’s premiere here.