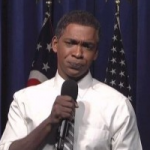 From Mediaite: Last night saw the second installment of SNL‘s special Thursday night shows. Mediaite reports on last night’s sketch: “Jay Pharaoh‘s President Obama got a chance to speak to a big crowd of supporters in Ohio, with his tradition of rolling up his sleeves “like a weatherman on Friday.” Obama took questions from the crowd, and although the people in the audience complained about their current economic situation, the president spun all of them as truly American success stories. Obama was awkwardly confronted by a woman who doesn’t like Romney, but kind of expected more in the past four years. The president said that real change takes time, so it’s possible he ‘might be long dead’ before anything actually changes. Obama was bullish about the economy, paraphrasing The Sixth Sense to say ‘I see employed people.'” Read more and watch video here. 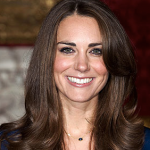 From Gossip Cop: Did you not learn your lesson, Denmark? After the Royal family finally cleared the air following the unfortunate topless photos of Duchess of Cambridge Kate Middleton, things got worse: bottomless photos have appeared in a Danish publication. Writes Gossip Cop, “Kate Middleton “bottomless” paparazzi photographs have been published by Danish magazine Se og Hør. The new pictures, showing the Duchess of Cambridge sunbathing without her bikini bottom, surfaced on Friday, two weeks after the French tabloid Closer first printed topless shots of Middleton vacationing with Prince William. In the aftermath of those photos’ publication, Middleton won an injunction against Closer… Now it appears Se og Hør has published the even more revealing pics, having promised to do so earlier this month.” Read the story here. 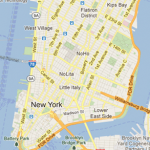 From Geekosystem: The Apple maps controversy has continued to grow, with many consumer upset. Now, Apple finally apologizes and even endorses Google maps. Reports Geekosystem, “There’s been a bit of an uproar over the iOS 6 update to Apple Maps. It’s not even that they’re completely unusable; it’s the fact that some of it seems perfectly normal, and suddenly it’s horrifyingly inaccurate. Sufficed to say, you wouldn’t want to rely on them to get around. Even worse, Google apparently doesn’t have any plans to bring an app of their own to the market. It’s not good, but how bad is it exactly? Bad enough that Tim Cook, Apple’s CEO, has officially apologized for it. The letter even goes so far as to suggest using apps from their competitors, like Bing or MapQuest, and does the unthinkable by suggesting making an icon out of the Google Maps page. ” Read the letter in full here. 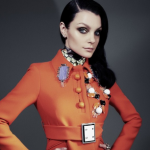 From Styleite: Need some cold-weather style inspiration? Look no further than collars, writes Styleite: “The embellished collar trend is just about everywhere these days — from street style blogs to high street stores to the fanciest of runway shows. We love them because they’re office friendly and sparkly enough to jazz up your most throw-it-on-and-go kind of outfit. In the October issue of Interview Russia (what, you’re not a subscriber?), Jessica Stam is giving us serious collar-envy in her Steven Pan-lensed spread. Stylist Karen Kaiser buttoned-up the raven-haired vixen in a whole slew of cool neck candy, from the baubled version on the pumpkin Prada coat to layered silk versions that bring to mind very dapper pocket squares. The real show-stopper, though, is the oversized collar on the navy coat, so encrusted with seed beads it looks like a sea anemone.” See pictures here. 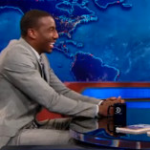 From SportsGrid: Finally, something to talk about other than the NFL referee lockout! Time for the NBA. Last night, Jon Stewart and The Daily Show welcomed Amar’e Stoudemire to the program. Reports Sportsgrid, “Stoudemire was there mainly to promote his new series of children’s books, and Stewart discussed at length the impact someone like Stoudemire can (hopefully) have on getting kids to care about school (and seriously, whether it’s an image finely crafted by his PR team or not, good on Amar’e for trying to spread that message). As is generally the case when The Daily Show famous athletes, Stewart came from from the perspective of your average everyday fan… He started asking Stoudemire if the Knicks would be good.” Read about and watch Stoudemire’s reaction to the question here. 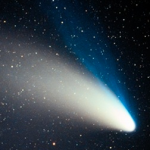 From The Mary Sue: Mark your calendars, and get ready for some seriously bright night sky. Writes The Mary Sue, “On December 26th of next year the newly-discovered comet C/2012 S1 (it really needs a catchier name–any suggestions?) will reach its closest point to Earth, becoming the brightest comet to pass by us in the last century–brighter than Hale-Bopp, brighter than Halley’s Comet, and maybe even brighter than the full moon. The comet, discovered by Russian astronomers Vitali Nevski and Artyom Novichonok, is currently just beyond the orbit of Jupiter (awww, guys! It’s passing love notes!), and unless it breaks up at some point—which becomes more and more likely as it gets closer to the sun—it could be visible to the naked eye from early November 2013 to mid-January 2014, possibly even during daylight hours.” Read the article here. 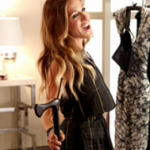 From The Jane Dough: Sarah Jessica Parker made her much-anticipated appearance on Glee last night, and The Jane Dough thinks it was an “epic disappointment.” Writes Laura Donovan, “Just three episodes in, season four of Ryan Murphy’s ‘Glee’ has had an impressive lineup of guest actors… SJP, who appears in last night’s installment of ‘Glee’  misses the mark, which is bizarre if nothing else because of her long-run as New York City savant Carrie Bradshaw in ‘Sex and the City.’ It likely that Murphy wanted SJP’s “Glee” character, a Vogue.com editor named Isabelle, to parallel Bradshaw. It’s tough not to compare the two, as SJP is most well known for her SATC persona, but in the teenage world of “Glee,” it’s important to keep things PG-13. That’s what Isabelle does, and sadly it doesn’t work.” Read more of her opinion here. 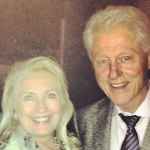 From The Braiser: The Clinton’s recently made headlines when they dined at Brooklyn restaurant Roberta’s. But what did they eat? Reports The Braiser, “In a divine aligning of the stars, GrubStreet just so happened to tap Roberta’s chef de cuisine Max Sussman for their weekly food diary column on the very weekend that he served The Clintons during a private event held at the resto… Max wouldn’t divulge the extra-special vegan offerings Roberta’s cooked for certain heart health-conscious 42nd Presidents of The United States, but he did provide us with a general sense of the menu, so you can at least imagine what Secretary of State Hillary Clinton and daughter Chelsea ate at the party. Dished Max: ‘We had three canapes. Shrimp cocktail — we poached the shrimp with homemade cocktail sauce…” Read about the many other dishes here.