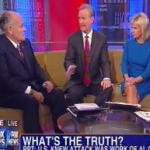 From Mediaite: The fallout from the recent attacks on the U.S. Consulate in Libya continues. Today, Former New York City Mayor Rudy Giuliani weighs in. Reports Mediaite: “Giuliani accused the administration of President Barack Obama of covering up the events relating to the attack on a U.S. consulate in Libya which resulted in the death of four Americans, including Ambassador Chris Stevens. Giuliani called the administration’s action a ‘scandal’ and said the U.S. media is a ‘disgrace’ for not reporting on it. Steve Doocy asked Giuliani for his opinion on reports that Obama administration officials knew that the attack in Libya was an Al Qaeda operation within 24 hours of the event. Giuliani replied that he believed it was clear the administration was attempting a cover up.” Read more here. 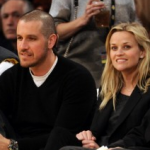 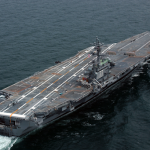 From Geekosystem: The need for more sustainable living on our planet has become clear, and the U.S. Navy is joining the efforts. Reports Geekosystem, “Refueling ships while they’re still at sea is a rather expensive maneuver. Even so, it’s not like there’s a renewable resource just sitting around waiting to be converted into fuel for these oceanic behemoths. That’s not what scientists at the U.S. Naval Research Laboratory think, though. They’re developing a process to convert all that seawater sitting right off the starboard side into jet fuel. It’s hard to say how efficient it might be on a large scale, but it has to be better than lugging the necessary fuel out there.Essentially, they’re looking at a process to extract carbon dioxide (CO2) and produce hydrogen gas (H2) from the seawater. They would then convert these into jet fuel with a ‘gas-to-liquids process.’ Read the story here. 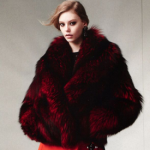 From Styleite:  Model controversy in the fashion world continues, this time with Vogue. Writes Styleite, “Back in May, editors at all 19 editions of Vogue took a six-point pledge called the Health Initiative that outlined restrictions on model use to the end of encouraging ‘a healthier approach to body image within the industry.’ Clause number one? Don’t knowingly work with models under 16. Alas, it took but a few short months for two editions to break this rule, after 15-year-old Ondria Hardin popped up in Vogue China’s August issue and 14-year-old Thairine Garcia shot a spread intended to run in December for Vogue Japan. Condé Nast brass is, understandably, less-than-pleased with the offending editors, and has responded to the online backlash with a statement.” Read that statement and more here. 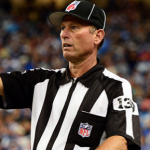 From SportsGrid: In the biggest sigh-of-relief news of the week: the NFL referee lockout is over!! Reports Sportsgrid, “IThe referees union announced at midnight that the two sides reached a tentative eight-year deal, the longest ever for on-field officials, and the regular refs will be back for tonight’s Ravens-Browns game… Because no matter how much the NFL tried to make it look like it was standing by the replacements, a deal getting done so soon after the Seattle Screwjob proves the league was desperate to make amends. And the statement the NFL issued supporting the refs on that deciding Packers-Seahawks call now looks like nothing more than posturing to make everyone think they weren’t so desperate to make a deal. They were. They did.”  Read the terms of the deal here. 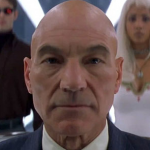 From The Mary Sue: X-Men fans, listen up: exciting secrets have been leaked by Patrick Stewart, and they involve none other than himself.  Back in July, we learned the name of the next X-Men film. They’re going with X-Men: Days Of Future Past, a storyline that involves a type of time travel. Speculation was this could bridge the gap (regardless of plot holes) between X-Men: First Class and the trilogy of X-Men films that came before it. We might finally have confirmation on that thanks to Sir Patrick Stewart who spilled the beans about his involvement at a recent convention appearance. Newsarama were the ones to report the news which came out of a panel at the Montreal Comic Convention. A fan asked him directly if he’d be returning as Professor Xavier and the actor replied, ‘I think there is every possibility.’ Ok, not so much a confirmation there, but he kept going. Read on here. 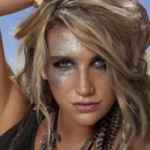 From The Jane Dough: Welp, this happened: pop star Ke$ha is claiming to have had sex with a ghost. Reports The Jane Dough, “Ke$ha, whose single ‘Die Young’ was released this week, has tweeted about spirits bothering her before and just revealed one of her new songs is about a sexual experience with a ghost: ‘I also have this song called ‘Supernatural.’ It’s about experiences with the supernatural…but in a sexy way’… As earlier stated, Ke$ha is all too familiar with the supernatural, so perhaps it was only a matter of time before she had a tryst with an entity (try to top that, fake wannabe weirdo, Lady Gaga). This summer, Ke$ha tweeted: ‘my hotel room is haunted. again. ghosts love to f*ck w me’ and ‘damn ghosts.'” Read more about it here. 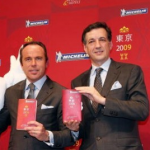 From The Braiser: Spoiler alert: the list of Michelin UK winners leaked online early, and The Braiser has all the scoop. Writes The Braiser, “Although the Michelin Guide was set to announce their star ratings next week in an elaborate ceremony involving a puffy man, the list of winners was posted on their own website more than a week in advance — and were only taken down more than three hours after the results began leaking onto social media. Thankfully, The Guardian UK recapped the results for us.” They have those restaurants that kept their stars, those that were raised from one to two stars, and the nine restaurants that have received their first Michelin star. As of right now, no one from Michelin has commented on the leak. If you’re interested in the spoilers, check them out here.