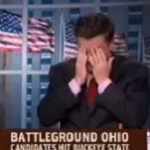 From Mediaite:  Ryan! Ryan! Wait, Romney’s running for President? Reports Mediaite, “At a Tuesday campaign stop in Dayton, Ohio, the crowd gave Republican presidential candidate Mitt Romney a moment that summed up his candidacy in sad, yet hilarious fashion. Upon introduction of Romney running mate Paul Ryan, they cheered wildly and began to chant ‘Ryan! Ryan! Ryan!’ When Romney tried to redirect them into a ‘Romney/Ryan’ chant, however, they petered out like a rusty faucet. MSNBC’s Joe Scarborough provided a priceless reaction on Wednesday’s Morning Joe… [C]o-host Mika Brzezinski played the clip for an aghast Scarborough. When it was all over, Scarborough had his face buried in his hands. ‘Oh, sweet Jesus,’ he said.” Read more and watch video here.

From Gossip Cop: Here comes (lots more) Honey Boo Boo! Reports Gossip Cop, “On Wednesday, TLC announced that it has ordered more episodes of ‘Here Comes Honey Boo Boo,’ its show about 7-year-old beauty pageant vet Alana Thompson and her family in rural Georgia. The series, spun off from ‘Toddlers & Tiaras,’ has become a massive hit and cultural phenomenon since its August premiere, and now the Thompson gang will star in a new batch of episodes — as well as holiday specials tied to Halloween, Thanksgiving and Christmas. In a statement, the network said of the Thompsons and their show, ‘What you see is what you get and we are excited to share even more of Alana and her family’s unbridled hilarity, sincerity and love with our viewers.'” Read all about the show’s future here. 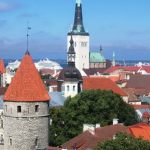 From Geekosystem: Which country would you guess has the most unrestricted use of the internet? Congratulations, you are correct! It is Estonia! Wait, Estonia? Reports Geekosystem, “For those that might not know, Estonia is a small country that sits on top of Latvia and has Finland across a bit of water directly to the north. According to the most recent assessment by Freedom House, an advocacy group that unsurprisingly focuses on exactly what you might think, Estonia is also the country that provides the best, most unrestricted access to the Internet. That’s right: A former Soviet republic tops the charts of digital freedom.Estonia came up with 10 points, the United States had 12, and Germany had a total of 15. Using golf rules, the lower the amount of violations the better, that puts the little former Soviet republic on top.” Read more here. 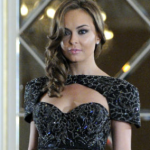 From Styleite: How much does the world’s most expensive dress cost? 5.7 million dollars. Now you know. Styleite has all its details: “United Kingdom-based designer Debbie Wingham has been touring the world and showcasing her designs all year. The first stop was in Monte Carlo in June, the second in Ukraine in September, and she plans on displaying her wares in Dubai and Switzerland later this year. Earlier this month, Wingham showed a collection of dresses, several of which were embellished with diamonds. One in particular was a hands-down showstopper. The dress in question isn’t just any ol’ black peplum dress, but a fantastical creation made with white diamonds, and — wait for it — 50 two-carat black diamonds. The dress was hand-sewn, weighs 29 pounds, and costs around a cool $5.7 million.” Read on and see a picture here.

From SportsGrid: Since the Seahawks-Packers blown call incident and the NFL replacement refs are still top news, SportsGrid has some more infuriating news for everyone: “According to a tutor at a football officiating academy in Utah, the side judge who signaled touchdown by Seahawks wide receiver Golden Tate on the final play of Monday night’s Packers/Seahawks game — a blown call that clearly should have been ruled an interception, and has since led to a national crisis — wasn’t ready to officiate at the Division I college football level… Via USA Today: ‘He wasn’t deemed good enough to become a Division I college official this summer, according to Karl Richins and his staff of Division I college officials at Stars and Stripes Academy for Football Officials in Salt Lake City.'” Well, that’s awkward. Read more here. 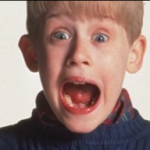 From The Mary Sue: Etsy, a beloved website of many, is heading towards change. Reports The Mary Sue, “Etsy, which was founded in 2005 as an antithesis to the typical retail experience, giving individual crafters a place to sell unique, hand-crafted items, has hit a roadblock. It’s just gotten too successful. At least that’s the case for some of Etsy’s most popular sellers, who often find themselves limited by the site’s original ‘all-handmade-all-the-time’ ethos, which prohibits them from hiring staff so they can fulfill all their orders without having to work round the clock.Now that more sellers are becoming more and more successful, Etsy is struggling with how to grow as a business without abandoning the crafty spirit that got all those now-successful sellers over there in the first place.” Read about the changes they’re making in response here. 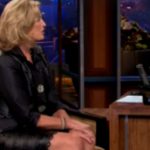 From The Jane Dough: First Lady Hopeful Ann Romney broke her usually poised nature when she announced to hecklers last week: “Stop it. This is hard. You want to try it? Get in the ring.” But according to The Jane Dough’s Laura Donovan, she should do it more often: “In politics, breaking points are inevitable, and prospective first lady Ann Romney had hers last week…  It was quite a lot of sass from the usually overly-polite woman, who has had a many occasion to lash out and fight back… Some opined that she shouldn’t get snippy, but I think hostility is what she has needed to demonstrate all along. Ann will not continue to be pushed around, and while it’s good to ignore nastiness at times, it’s also helpful to stick up for oneself, and that’s what she finally decided to do when she went off about Romney opponents.” Read more here. 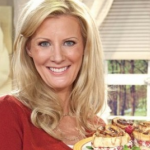 From The Braiser: Sandra Lee, fans – a new magazine for you! Reports The Braiser, “Sandra Lee is coming out with a lifestyle magazine that covers more than just cooking, according to the New York Post. ‘It will cover all aspects of living well — from cooking and entertainment to fashion and style,’ she said in an interview with its blog Media Ink. ‘It’s conceived to be a resource to the overextended homemaker with aspirational, attainable, affordable information.’ In fact, the old Sandra Lee magazine was last printed in January, and this magazine launches in partnership with TV Guide. As part of her contract with TV Guide, she will also pen a weekly column for their nationwide magazine. This new experiment in print media will hit newsstands and electronic iPad ripoff devices in November, and be published twice a month.” Read more about it here.