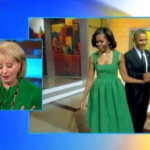 From Mediaite: Today, President and First Lady Barack and Michelle Obama made their  anticipated appearance on the view. Here’s what happened, reports Mediaite: “Walters… asked the couple plenty of ‘fun’ questions in addition to more substantial ones” including a question “about the recent violence in Libya that resulted in the death of Ambassador Chris Stevens… ‘We’re still doing an investigation,’ the President told The View. ‘There’s no doubt that the kind of weapons that were used, the ongoing assault, that it wasn’t just a mob action.’ Walters remarked that President Obama seems more relaxed when he’s conducting interviews alongside his wife rather than by himself, and that she helps let him know when his answers are on the verge of becoming a little too long and wordy.” Read more here. 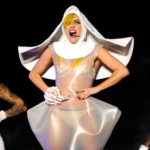 From Gossip Cop: Lady Gaga has made headlines recently, first speaking out about her weight and now speaking out about the Pope. Writes Gossip Cop, “Lady Gaga has publicly taken issue with Pope Benedict XVI. On Friday, in response to plans to legalize same-sex marriage in France, the Pope told French bishops that ‘marriage and the family are institutions that must be promoted and defended from every possible misrepresentation of their true nature, since whatever is injurious to them is injurious to society itself.’ That did not sit well with Gaga… ‘What the Pope thinks of being gay does not matter to the world,’ she said, adding, ‘It matters to the people who like the Pope and follow the Pope… It is not a reflection of all religious people.’ This is not the first time Lady Gaga has taken on the Catholic Church.” Read the whole story here. 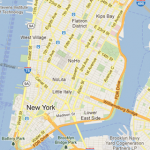 From Geekosystem: Ouch – Apple users who updated to iOS 6 and are frustrated with the new mapps application don’t seem to have any hope in sight. Reports Geekosystem, “With the update to iOS 6, Apple finally rolled out their own mobile Maps app that would supposedly compete with what was previously offered by Google Maps. As most are well aware, the information that Apple managed to cobble together into one semi-cohesive lump has proven to be less than accurate. Some railway stations are designated as parks, parks as ponds, and ponds as unobstructed thoroughfares. In short, they border on dangerous. Google, while still maintaining something of a neutral stance, has now said that they have no app of their own on the way.” Read more here. 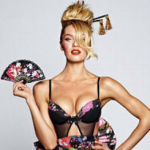 From Styleite: Victoria’s Secret keeps causing controversy – messy photoshopping, misleading packaging, and now racism? Reports Styleite, ” Its latest scandal is a questionable ‘Sexy Little Geisha’ outfit. The outfit is part of the retailer’s Go East collection, which is presumably a line of Asian-inspired negligées and accessories. The ensemble, modeled by Candice Swanepoel, consists of a mesh bodysuit with an oval cutout on the bodice and an “Eastern-inspired” floral print on the bra cups and crotch, a mini fan and removable obi belt in the same print, and hair chopsticks with tassels. The outfit is undoubtedly sexy (even though Swanepoel looks a bit uncomfortable in it), but it’s also quite offensive to Asian women – particularly the Japanese, from which the geisha culture originated.” Read more about why here. 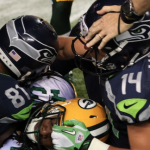 From SportsGrid: Well, if you watched the football game, or are generally a sports fan, or even just bothered surfing the internet this morning, you’ve probably heard the news: the NFL replacement refs blew it. They blew a call that cost the Green Bay Packers a win over the Seattle Seahawks, and people are angry. Reports Sportsgrid, the monetary fallout for gambling fans is even worse: “Because the final catch was ruled a touchdown, Seattle won by two, instead of losing by five, thus completely altering the fortunes of bettors everywhere. There are a lot of angry bettors out there, understandably. And it turns out that the number of dollars swung by the gaffe, happens to total around $150-$250 million, according to ESPN’s Darren Rovell.” Ouch. Read more here. 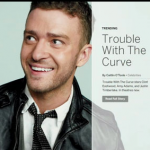 From The Mary Sue: The heartthrob who defined his acting career with a movie about Facebook is now promoting …mySpace? Yes, mySpace. Writes The Mary Sue’s Jill Pantozzi, “Have you thought about Myspace lately? If I were a betting kind of gal, I’d say probably just as much as you’ve though Justin Timberlake’s music career. Did you know, the musician/actor who starred in a film based on the creation of Facebook is trying to make Myspace popular again? This should be fun to watch.  Their ‘about us’ page still cites Myspace as being a ‘leading social entertainment destination,’though I think you’d be hardpressed to find many people to agree with that sentiment. But all of that might be about to change. Yesterday, Timberlake posted a link on Twitter to [an] introductory video to the long forgotten website.” See that video and read more here. 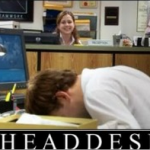 From The Jane Dough: As the 2012 Presidential Election nears and you’re thinking about politics, take a moment to consider this finding, reported by The Jane Dough’s Laura Donovan: “If you didn’t have an ‘it’s Monday, I hate everything’ moment yesterday, be prepared for a full day of headdesking and, well, hating everything: in 97 percent of congressional districts (423 out of 435 districts), the median annual income for females is less than that of their male counterparts. Did you hear me? ALMOST 100 PERCENT OF CONGRESSIONAL DISTRICTS PROVIDE HIGHER SALARIES FOR MEN THAN WOMEN. That’s almost all of them. Now you’re hot and bothered like me, and it’s not even noon! Analyzing U.S. Census Bureau data, the National Partnership for Women & Families made the discovery. ” Read more about it here. 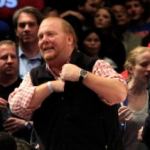 From The Braiser: Yesterday, the site reported on Anthony Bourdain’s former restaurant Les Halles being hit with a lawsuit, and today, they’re covering Mario Batali and Joe Bastianich’s restaurant Del Posto, which reached a $1.15 million settlement with workers after being hit with a lawsuit earlier this year. Reports The Braiser, “The suit, which was filed by the Restaurant Opportunities Center of New York (ROC-NY) back in 2010, alleged that management not only withheld wages and overtime pay, but also subjected workers, many of whom were of Latino descent, to routine verbal harassment and racial discrimination. A judge approved of the settlement on Monday… However, the restaurant has decided to enter into a partnership with ROC-NY to ensure that their workers are being fairly compensated and treated with respect.” Read more here.