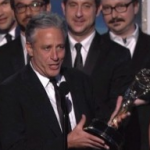 From Mediaite: Last night were the 64th Annual Primetime Emmy’s, and Jon Stewart took home his 10th consecutive award – in a hilarious way. Reports Mediaite, “The last time another show won the Emmy for Outstanding Variety, Music or Comedy Series, its competition included ABC’s Politically Incorrect, Bill Maher‘s previous broadcast gig.That was in 2002, and in every Emmy show after that, Comedy Central’s The Daily Show has been victorious. Tonight was no exception… Presenter Ricky Gervais joked ‘not again’ as he announced that The Daily Show had won. Stewart was then restrained by [Stephen] Colbert and [Jimmy] Fallon, who were ‘upset’ at losing out. And as expected, Stewart delivered on some comedy in his speech, taking a swipe at the ‘predictability’ of the Emmy Awards when, in the future, aliens discover a ‘box of these [trophies].'” Watch the video here. 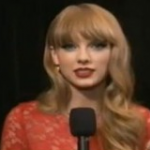 From Gossip Cop: Taylor Swift has a new song, and (shocker) it’s about a break-up. Reports Gossip Cop, “Taylor Swift appeared on ‘Good Morning America’ on Monday to preview a new song from her upcoming album, Red.In the pre-taped segment, Swift introduced ‘Begin Again,’ a song that she said is about ‘when you’ve gotten through a really bad relationship and you finally dust yourself off and go on that first date after a horrible breakup, and the vulnerability that goes along with that.’ The singer will return to ‘GMA’ every Monday — and preview more music — leading up to the release of Red on October 22. Swift debuted the album’s first single and video, ‘We Are Never Ever Getting Back Together,’ last month.” Read more here. 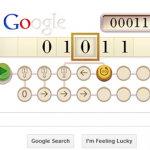 From Geekosystem: Often, it seems like Google might take over the world… except Iran. Reports Geekosystem, “Censorship of the Internet isn’t something that’s new in Iran. Their new plan to block Google indefinitely, however, is probably the worst instance of this to date. This ostensibly relates back to the anti-Islam clip that fueled attacks on United States embassies and consulates, but more than likely has to do with the fact that Iran likes to keep their citizens on a strict leash. What they don’t seem to understand is that blocking Google means blocking everything associated with it to boot, like Google Maps, Drive, Calendar, and so on. More sinister is the thought that, perhaps, they actually do, and that’s the goal.” Read the full story here. 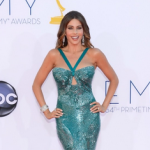 From Styleite: The site has all the updates on last night’s Emmy’s fashion, including best dressed, worst-dressed, and one very funny wardrobe malfunction. Writes Styleite, “There’s no denying that Sofia Vergara has some of the best assets in the biz. But, alas, sometimes the delicate fabrics and flimsy zippers of red carpet gowns just aren’t ready for that jelly. Case in point: for last night’s Emmy Awards, the Colombian actress chose an überglam turquoise beaded Zuhair Murad number. And while it certainly looked like a curve-friendly silhouette, the dress split down the back with little time to spare before Vergara was due on stage… In typical Sofia fashion, though, she not only brushed off the incident, but tweeted a photo to her nearly three million followers with the caption: ‘Yes!!!! This happend 20 min before we won!!!! Jajajajja. I luv my life!!!!'” See that photo here. 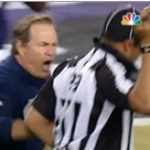 From SportsGrid: On a day filled with NFL craziness (see the Lions’ Hail Mary to force overtime and the Jaguars’ 80-yard last-minute touchdown, to name two instances), the many twists and turns in the Ravens’ 31-30 win over the Patriots stand proudly among the very craziest action of the day… The Ravens won the game on a 27-yard field goal from Justin Tucker as time expired. This was unlike most other 27-yard field goals, though… because it nearly missed. Just how close was it? Well, close enough to seriously wonder if it was actually good at all… From the looks of it, the ball went right over the upright. The Patriots wanted a review. They didn’t get one, but Bill Belichick tried really hard. Like, too hard. Like, “chased after a referee and grabbed him to try and stop him to beg for a review” hard.” Eek. Watch video of Belichick’s antics here. 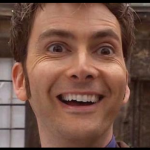 From The Mary Sue: Could Peter Jackson possibly direct an episode of Doctor Who? Possibly, because at least one producer is ready for negotiations! Reports The Mary Sue, “Hey, remember last week when Matt Smith said he’d love to do an episode of Doctor Who in New Zealand and have Peter Jackson direct it? Then Jackson was all, “Totes.” Wheels are now in motion for this to actually happen thanks to one Who producer… Skinner spoke with the Waikato Times about it saying, ‘It is beyond wonderful that Peter is a fan of the show and it’s beyond flattering that he’d even think about it. I’m absolutely sure that we couldn’t afford him but, you know, we can always negotiate. His enthusiasm is just fantastic of course.’ So it seems as if she’s willing to try and make it happen but is still aware of the roadblocks in the way, of which there are several.” Read the whole article here. 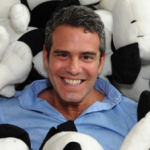 From The Jane Dough: The site has some thoughts about Bravo, and the channel’s negative impact on the female gender. Writes Terri Ciccone, “I once heard Anderson Cooper mention in an interview that he loved ‘bad TV’because he is surrounded by very serious news all day… He’s going to do what I do after a long day of work: get in bed or on the couch and watch wealthy women fight with each other. In light of the season finale of the horrifying Real Housewives of New Jersey last night, and the ongoing catfight that is this season of Real Housewives of New York City, however, it might be time for some reflection… what I can no longer ignore is Bravo’s tendency to applaud the worst, and I mean the worst, most stereotypical qualities in women. If you think I’m kidding, check out [this list] and be sure to scroll to the end to check out the person we think might be able to save the network.” Read that list here. 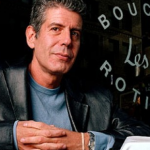 From The Braiser: The latest foodie lawsuit victim? None other than Anthony Bourdain. Reports The Braiser, “More than 100 workers have joined a class-action lawsuit against Anthony Bourdain’s old brasserie Les Halles, alleging that managers took a huge cut of workers’ tips. The New York Post reports that the suit, which represents people who have worked at Les Halles over the past six years, claims that management at the famous French restaurant forced servers and busboys to pool their tips together and then took out 26% for floor managers. This is illegal, according to the Department of Labor (and makes the author question the practices at a certain bad Chinese restaurant where she once worked). Bourdain, who has definitely not worked at Les Halles in the past six years (he’s known as the ‘chef-at-large’), was shocked at the allegations.” Read more here.