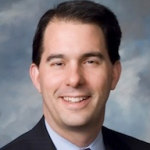 On Mediaite: you’d think it would be impossible for Wisconsin governor Scott Walker to have more problems, but he’s really outdoing himself! Walker is under new scrutiny after taking a call from “David Koch,” who turned out to be the editor for the Buffalo Beast. Though Walker’s people are trying to defend him by arguing that the conversation isn’t as embarrassing as it could have been (cool argument!), it’s still more bad PR for an already-embattled state official. Listen to the prank call here.

Oh for Pete’s sake: Geekosystem reports that the Arizona state legislature is attempting to designate an “official state gun.” Which gun do they have in mind? The Colt SAA. State senator Ron Gould, who hails from the decidedly un-frontier-like Lake Havasu City, argued for the necessity of the bill as follows: “Just like we need to tell Turkey that we’re friends.” LOL, what? Get the full post here. 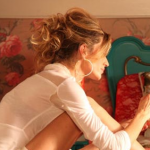 Styleite has a commercial in which Gisele Bündchen attempts to convince her television audience that she is a regular domestic housewife. She’s depicted scrubbing the floor of her apartment and painting her nails in order to stay occupied while her husband is out…you know, just like any other bored wife would! Take a look here.

Sportsgrid has a thoughtful post on the concentration of star NBA players in a few big cities. For anyone who likes to root for the underdog, it’s a sad phenomenon, as it could result in a handful of teams contending for titles while everyone else toils in relative obscurity. It’s particularly relevant given Carmelo Anthony’s recent move to the Knicks. Get the full post here. 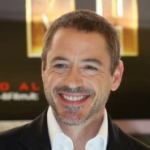 Gossip Cop addresses a rumor that in light of Charlie Sheen’s recent…difficulties, CBS is shopping for a star to replace him on “Two And A Half Men.” Among the actors being considered are Robert Downey, Jr. and John Stamos. First of all, LOL at the idea that “Iron Man” star Downey would sign on for Sheen’s leftovers. Second, the possibility that Sheen’s departure wouldn’t be enough to kill that show is terrifying. Luckily there’s no truth to the rumors! To read the full post, click here.