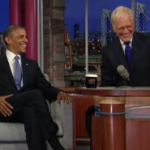 From Mediaite: Mitt Romney has faced a lot of heat for his  recent 47% comment, and now even the current President, Barack Obama, is responding. Reports Mediaite, “President Barack Obama stopped by David Letterman‘s show Tuesday night, where he weighed in on the hidden camera footage of Mitt Romney telling donors that 47 percent of voters are ‘dependent’ on the President. Here’s what he had to say: “Well, I don’t know what he was referring to, but I can tell you this. When I won in 2008, 47 percent of the American people voted for John McCain, they didn’t vote for me. And what I said on election night was, even though you didn’t vote for me, I hear your voices and I’m going to work as hard as I can to be your president… if you want to be president, you got to work for everybody. Not just for some.” Read more here. 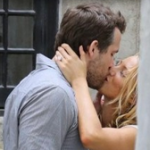 From Gossip Cop: The Blake Lively wedding rumors, most recently concerning her left-ring-finger-bling, continue to swirl, and Gossip Cop is setting them straight. Writes the site, “According to the Daily Mail, Ryan Reynolds gave his new wife a Lorraine Schwartz sparkler that cost ‘a staggering $2 million,’ and is about 12 carats. The ‘Gossip Girl’ star was seen wearing her new bling — a light pink oval diamond set in a rose gold band with pave diamonds — just one day after the couple tied the knot in South Carolina. And while it’s true the ring is quite sizable, it actually cost nowhere near what the Daily Mail is claiming — and is also much smaller in size. A source close to the situation tells Gossip Copthat the diamond ring is ‘closer to 7 carats,’ and ‘didn’t cost in the realm’ of $2 million.” Read more and see a picture here. 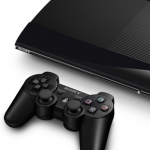 From Geekosystem: Sony has revealed a new product and it seems to miss the mark, in Geekosystem’s opinion. Writes Rollin Bishop, “Well, it’s official: At the Tokyo Game Show, Sony has just confirmed the existence of aPlayStation 3 that’s slimmer than the typical PlayStation 3 Slim. Now that there’s a console even smaller than Slim, though, we’ll have to coin a new term. PlayStation 3 Thin, perhaps. A new hardware iteration is all well and good, but it appears that the bundle is just 1/5th smaller and 1/4th lighter. Without much else to go on, the whole thing seems rather pointless… it’s hard to say why Sony even went down this route. According to VideoGamer, the old PS3 Slim will be getting phased out in favor of the latest and greatest version of Sony’s flagship console.” Read more about it here. 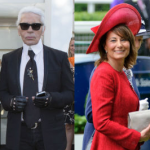 From Styleite: Oh, Krazy Karl. He’s back with something to say about the yummy mummy of one certain Royal. Writes Styleite, “Karl Lagerfeld is known for his quips as much as his drool-worthy designs. We call him Krazy Karl because he’s unfiltered and eminently quotable, and his latest is about Carole Middleton, as in Kate‘s mom. Grazia chatted with the designer in Paris recently, and he revealed his thoughts on Carole: ‘I think Carole is very sexy. I think the mother is sexier than the daughters. There is something full of life about her. For a woman who must be 50 or so I think she’s great. Full of energy.’ Carole is actually 57, but we’re pretty sure she prefers being called a 50-year-old instead.” Read more of Krazy Karl’s thoughts here. 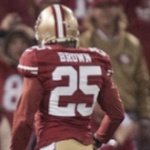 From SportsGrid: Are you a San Francisco 49ers fan? Feel like donating a little over five grand to the team? Well, you can… in the form of cornerback Tarell Brown’s recent fine for dress code violation. Reports Sportsgrid, “Brown… recorded four solo tackles in the 49ers win over the Lions on Sunday night. The NFL, however, came calling afterwards, not because of any on-field antics, but because of the red sleeves he wore under his jersey, which apparently violated the NFL’s rigid dress code. And by calling, we mean fining him $5,250. Brown tweeted the letter the NFL sent him, which contains the explanation for the fine as well as some procedural logistics for appealing said fine. Except those logistics include the web address for the NFL’s appeals site, and, more importantly, Tarell Brown’s username and password.” Read more here. 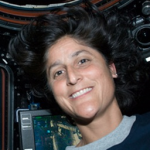 From The Mary Sue: Well, what have you done this week? Have you completed a triathlon? Have you completed a triathlon… in space? We’re willing to bet Sunita Williams has you beat. Writes The Mary Sue, “Today in Sunita Williams Is More Awesome Than You news: The Indian-American astronaut, already the holder of three records for female astronauts (number of space walks, total time spent on space walks and longest stretch spent in space), now has another record under her (space)belt: She’s completed the first-ever space triathlon, running, biking and swimming in Southern California’s Nautica Malibu Triathlon, albeit from 240 miles (in vertical distance) away in the International Space Station (ISS).” Read more about her here. 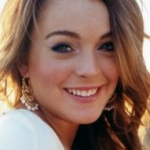 From The Jane Dough: Both Lindsay Lohan and Amanda Bynes can’t stay out of trouble recently, making headlines for DUIs and arrests. After Lohan talked trash about Bynes, who she felt hadn’t received the same amount of punishment as she had, she is learning the meaning of karma. Reports The Jane Dough, “A couple days after complaining that troubled actress Amanda Bynes hasn’t been amply punished for several accounts of reckless driving, LiLo has been cuffed for running away from the scene of an accident and hitting a pedestrian’s knee early this morning. As Lohan was trying to park her Porsche by the Dream Hotel in Manhattan, she allegedly grazed the knee of a man in his thirties, according to TMZ… somebody phoned the cops while the 26-year-old was inside and that the New York redhead was arrested at 2:30 a.m.” Read the story here. 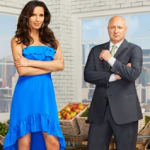 From The Braiser: Exciting Top Chefnews about the upcoming Season 10, including an official location reveal and some news about the judges! Reports The Braiser, “It’s official: Top Chef Season 10 is a thing, it’s premiering on November 7th, and it’s going to be in Seattle! You can check out the possible locations and the biographies of the new cheftestants on Bravo’s official site, but the biggest, Chef-iest news of all, is that Wolfgang Puck has been brought on as a permanent judge… Puck, who last made an appearance during the Vegas season, joinsTom Colicchio, Padma Lakshmi, Gail Simmons, Emeril Lagasse, and Hugh Acheson at the Judges’ Table, while 21 contestants vie for the title of Top Chef.” Read more about it here.