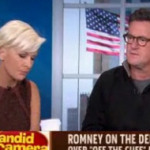 From Mediaite: Recently, hidden camera footage of presidential candidate Mitt Romney was released, showing him “telling an audience of donors that 47 percent of voters are dependent” and will vote for Barack Obama no matter what.” So what did Morning Joe think of this? Writes Mediaite, ” Host Joe Scarborough was particularly taken by how fluid and confident Romney sounded while addressing those donors at a fundraising dinner in Florida, pointing to the fact that Romney was saying what he truly believed. Mika Brzezinski felt an apt comparison to Romney would be Thurston Howell, III of “Gilligan’s Island” fame.” Read more of their opinions here. 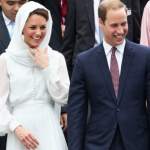 From Gossip Cop: A decision has finally been made in the Royal family legal battle regarding topless photos of the Duchess of Cambridge taken by the paparazzi and published in France. Reports Gossip Cop, “Kate Middleton and Prince William have won their first legal battle against the outlets publishing topless photos of the Duchess. A French court has granted an injunction that bans the publication and distribution of the controversial pictures in France, and ordered Closer magazine — which first ran with the paparazzi shots of Middleton sunbathing — to hand over the originals within 24 hours or face a daily fine of 10,000 euros. In its ruling, the court called the photos a ‘brutal display’ of the royal couple’s private life… Kate and William are said to be pleased with the decision.” Read more here. 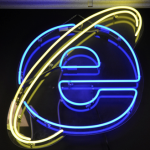 From Geekosystem: Microsoft hasn’t exactly been keeping up with the tech world lately, though they’re certainly trying, and now a large flaw in Internet Explorer has surfaced. Writes Geekosystem, “Microsoft isn’t one to readily admit that they’re dealing with a major security flaw, in that they’re not going to publicize the fact. To be fair, most technology companies aren’t often the ones that come forward with potential exploits. Someone, or some group, usually has to first do some damage before these loopholes get closed with any speed. A major exploit that works across operating systems? Well, that’s another story. Microsoft has already responded to the latest critical exploit found in Internet Explorer 6, 7, 8, and 9, but the help provided might not do much.” Read about the issue (according to the security advisory released by Microsoft) here. 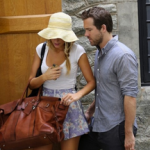 From Styleite: More details of the secret wedding between Blake Lively and Ryan Reynolds have been revealed, this time in the form of photos of her wedding band. Reports Styleite, “Even without photos, it’s safe to assume Blake Lively‘s custom Marchesa wedding dress was drop dead gorgeous. A ‘hand-draped silk tulle bodice adorned with custom crystal and rose gold embroidery’? Yes, please.But now we know for certain that the rings given to her by now-hubby Ryan Reynolds are equally, if not more glamorous. Both the engagement and wedding rings were designed by celebrity jeweler Lorraine Schwartz, the former featuring a giant oval rock (carats TBD, maybe in the upcoming Martha Stewart Weddings special?) and the latter a sparkling band of diamonds.” See pictures of the sparkler here. 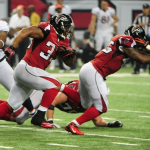 From SportsGrid: Atlanta Falcons player Michael Turner may have had a good Monday night on the field, but off the field was a different story. Reports Sportsgrid, “Just a few hours after helping his team secure a Monday Night Football win over the Broncos with 42 yards rushing on 17 carries, Falcons running back Michael Turner landed himself in Gwinnett County Jail after being arrested for driving under the influence and speeding. He was booked in the jail just after 5 a.m., according to the Atlanta Journal-Constitution, and was let out two hours later on $2,179 bond. Late night for Michael Turner.” Read more and see his mugshot here. 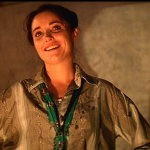 From The Mary Sue: Indiana Jones fans — will there be another film? Reports The Mary Sue, “When last we heard about Indiana Jones 5, producer Frank Marshall said George Lucas wasn’t writing it and that it wasn’t likely to happen at all. Marion Ravenwood begs to differ. I mean, actress Karen Allen does.” In a recent interview, Allen said: “I would! And I, in fact, just talked with Steven Spielberg recently – we e-mailed back and forth, and I said, ‘What should I say? I’m doing this publicity, what should I say if people ask me that question?’ And he said, ‘It’s in George’s [Lucas] hands! I’m game, Harrison’s game, and now it’s up to George to write the script or to get the script organized, and the story.'” Read more about the speculation here. 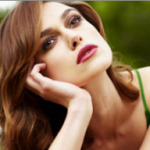 From The Jane Dough: Keira Knightly is weighing in on some of the issues The Jane Dough works to cover daily, and she has some good thoughts to share. Writes the site, “Speaking with Vogue for the magazine’s October issue, the 27-year-old said of feminism and the subject of balancing family and work: ‘I remember doing interviews, and people would ask, as if it was a joke, ‘So you mean you are a feminist?’ As though feminism couldn’t be discussed unless we were making fun of it. I don’t want to deny my femininity. But would I want to be a stay-at-home mother? No. On the other hand, you should be allowed to do that, as should men, without being sneered at.'” Read more here. 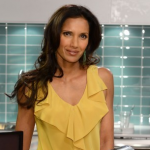 From The Braiser: Attention, men: Foodie beauty Padma Lakshmi has some lessons to teach you. Reports The Braiser, “Padma Lakshmi has some very strong opinions about wine: how to drink it, whom to drink it with, and what constitutes real wine for real people. In an interview with manly men’s magazine Esquire, she not only showcases an impressive knowledge about wine (she is promoting Sterling Vineyards wine, after all), she wants to encourage men to drink and learn more about wine. But not white wine spritzers. ‘That’s a real pussy drink. And I don’t mean that in a good way,’ she added, and men everywhere rushed to destroy their Bartles and Jaymes collections.” Read more of what she had to say here.