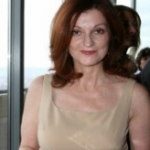 From Mediaite: Maureen Dowd is in trouble, facing growing backlash after accusations that her column used anti-semitic stereotypes. Reports Mediaite, “Long-time New York Times opinion columnist Maureen Dowd is facing a significant backlash over her latest column in which she uses a number of medieval, anti-Semitic stereotypes to describe neoconservatives and, specifically, Dan Senor, a close advisor to Republican vice presidential nominee Paul Ryan.  In Dowd’s latest column, Neocons Slither Back, she describes Ryan’s senior advisor as snake-like. Dowd also describes Senor as the “puppet master” behind Ryan’s supposed lurch towards a neoconservative foreign policy critique of President Barack Obama. This, too, is a trope used for centuries to villainize Jews.” Read more about it here. 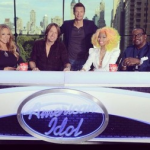 From Gossip Cop: The twelfth (yes, twelfth) season of American Idol has started filming, and the new batch of judges are finally assembled. Writes Gossip Cop, they “gathered together for the first time officially on Sunday. Mariah Carey, Keith Urban, Nicki Minaj and Randy Jackson appeared together at New York City’s Lincoln Center for the first official auditions of season 12. The night before, the judges — plus host Ryan Seacrest and others in the ‘Idol’ family — all went out for a group dinner at New York hotspot Crown… The new season doesn’t have a premiere date yet, but will start airing sometime in January.” It will be interesting to see how the new judges interact. Read more, including the judges’ reactions to their first day, here. 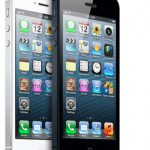 From Geekosystem:  Apple’s latest release, the iPhone 5, is breaking records left and right. Reports Geekosystem, “As predicted, Apple fans really, really love Apple gear. The initial batch of the iPhone 5 over at the company’s website was gone within an hour. After that, shipping dates slipped from September 21st. It looks like anything ordered from here on in won’t make an appearance until October. According to Apple, preorders for their mobile phone’s newest iteration exceeded 2,000,000 in 24 hours.As usual, the demand for the newest shiny has far exceeded the supply. Even though we here at Geekosystem have a tendency to snark at Apple and their fans, the company sure knows how to push gear.” Read the story here. 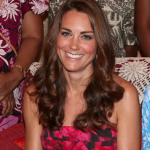 From Styleite: The controversy over topless photos of Kate Middleton continues, as a second publication in Italy is set to print them today. The Royal family has responded with legal action, reports Styleite: “The Palace is not wasting any time in pursuing legal action against Closer, the French tabloid that last week published topless photos of Kate Middleton sunbathing with Prince William at a chateau in the South of France. WWD reports that they have enlisted the services of criminal lawyer Aurélien Hamelle of the firm Metzner Associés, whose last high profile gig was defending John Galliano after the designer was arrested for drunkenly yelling racist and anti-Semitic remarks . A criminal complaint against Closer was filed this morning, while ‘a civil case seeking damages and an injunction preventing further publication’ won’t be far behind.” Read more here. 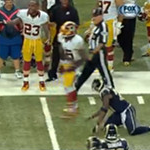 From SportsGrid:  The NFL has really just begun, with Week 2 games concluding tonight, but there’s already been plenty of controversy thanks to the replacement referees. Today, Sportsgrid presents an early contender for “Dumbest NFL Penalty of the Year.” Writes the site, “Rams cornerback/notorious dick Cortland Finnegan lives to get under opponents’ skin… And yesterday, Finnegan showed us again how good he is at what he does – very possibly winning the Rams a game in the process. His victim this time: Redskins receiver Josh Morgan. With the Rams leading 31-28 and the Redskins driving to try and tie or win late in the fourth quarter, Morgan caught a pass from Robert Griffin III and got inside the Rams’ 30-yard line… The problem: Finnegan tackled him, and did Cortland Finnegan things. And Morgan… did not handle this very well.” Read on and watch the video here. 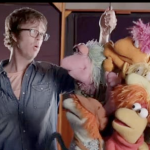 From The Mary Sue: Two great things have combined: Ben Folds and Fraggle Rock! Reports The Mary Sue, “If you’ve been missing Fraggle Rock, you’re in luck. Not only does Archaia Entertainment publish a Fraggle Rock comic, Ben Folds Five is giving them another spotlight (with a few Hollywood so-and-sos along for the ride)… In a meeting with Lisa Henson, Chris Hardwick was offered the opportunity to do something Fraggle related (their 30th anniversary is coming up). Like any of us would have, he jumped at the chance and suggested Ben Folds Five for a delightful pairing. Ben Folds was all about it too and now we have this awesome video to show for it.” Watch that video, for the song “Do It Anyway,”  here. 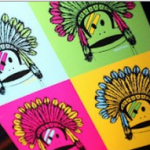 From The Jane Dough: Last week, The Jane Dough reported on Paul Frank’s unfortunately racist Fashion’s Night Out party. This week, they follow up with the company’s founder: “[I]t turns out there was no need for tears. Paul Frank Sunich, the mastermind behind Julius the Monkey and co-founder of Paul Frank Industries, has ‘no ties’ to the business right now and is ‘saddened and disappointed’ by the ‘unfortunate event,’ which involved attendees dressing up in Native American-themed attire and drinking tasteless named beverages such as ‘Neon Teepee’ and ‘Rain Dance Refresher.’ The bash stoked a lot of controversy and offended many, and Sunich decided it would be a good idea to clear the air and reiterate that he distanced himself from Paul Frank Industries seven years ago.” Read more here. 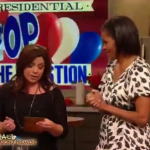 From The Braiser: Ever wanted to play “Would You Rather?” with FLOTUS herself, Michelle Obama. Well, Rachael Ray did. Reports The Braiser, “Rachael Ray celebrated her season premiere of The Rachael Ray Showtoday, and, to kick off both her first season in a new studio and shooting in HD for the first time, she brought on First Lady Michelle Obama to cook and chat. After serving up some ‘healthy’ broccoli cheddar turkey burgers with Lady O’s signature avocado ranch dressing, Michelle and Rachael played a round of Mom-in-Chief-themed Pop the Question along with a foodie version of Would You Rather.” Read some highlights, including whether she’s a coffee drinker, and watch the segment here.