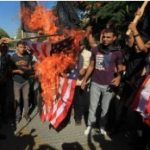 From Mediaite: Following the recent attacks in Libya over a film, the U.S. should now be warned that the same could happen here. Reports Mediaite, “Violence and anti-American protests have spread throughout the Muslim world over a controversial film, Innocence of Muslims, that has been widely criticized as offensive to the Muslim religion. Now the Federal Bureau of Investigation is warning that violence could spread to the United States in a joint statement with the Department of Homeland Security. The statement did not include any information on possible current threats to the United States, but warns that American extremist groups could use the outrage over the video to ‘exploit anger.'” Read more, including the statement, here. 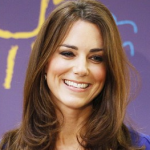 From Gossip Cop:  Royal scandal: Topless photos of Kate Middleton were published on Friday in the French magazine Closer. Writes Gossip Cop, “The pics, which show the Duchess removing her bikini top, were taken when Prince William’s wife was recently sunbathing on vacation at a private home in the South of France. In the five-page Closer spread, photos reveal Middleton stripping down to her bikini bottom and relaxing on a terrace as Prince William rubs suntan lotion on her back…  Royal aides traveling with the Duke and Duchess in Malaysia, where they’re marking Queen Elizabeth II’s Diamond Jubilee, said the couple was ‘saddened’ by the publication of the photos. There’s even talk of the royal family exploring legal action for what it believes is an invasion of privacy.” Read more here. 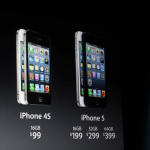 From Geekosystem: Big tech news yesterday as Apple released the iPhone 5, and if you plan on having one when it’s released next week, you better start planning. Writes Geekosystem, “If you happen to be one of the many Apple fanatics that desperately want — need – to have the newest iPhone iteration, the iPhone 5, as soon as it’s available, it looks like you might have to actually trek out to an Apple retailer on September 21st. After going live this morning at 12:01 AM PST, preorders of the phone were already sold out less than an hour later. Time to start lining up. Bring a tent. One can still order an iPhone 5 digitally if waiting an extra week is acceptable. For many of those devotees out there, though, this is the equivalent of blasphemy.” Read more here.

From Styleite: Fashion Week concluded last evening, the Styleite is reporting on the final collections. Today, they cover Cynthia Rowley: “Cynthia Rowley showed her spring 2013 collection in an old, abandoned space on Lower Manhattan’s Beekman Street Thursday night. There were exposed walls and scaffolding, and multicolored confetti rained down from the sun roof several stories above, dotted the floor, and resembled the aftermath of some crazy beach party. Rowley played with proportion, colors, and textures in her summer-y collection. A mother of pearl wetsuit fit like a second skin, while sequined and metallic party frocks were nearly knee-length and full of movement. Embellished tops and bottoms were voluminous, and the girls also wore trucker hats — but without the logos.” Read more and see pictures here. 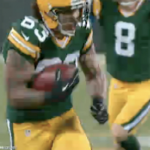 From SportsGrid: NFL Week Two started last night with the Green Bay Packers facing off against the Chicago Bears. The hero of the night was …the punter?! Reports Sportsgrid, With only 1:50 left in the first half and the Green Bay Packers up only 3-0 on the Chicago Bears, the Pack needed a life injection — something really potent and powerful, because this game was just silly. Was the answer settling for a 45-yard field goal? That’s what it looked like,until the punter threw a touchdown.” Read all about it and watch video of the play that caused him to throw one more touchdown than both the team’s quarterbacks threw in the first half here. 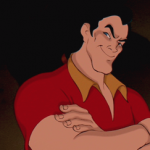 From The Mary Sue: Wine and beer! Disney! Wait, what? Reports The Mary Sue, “When Disneyland sees an expansion in the Fantasyland section of their park this fall, a new Beauty & The Beast-themed restaurant (titled, what else, Be Our Guest) will have beer and wine offered on their dinner menu. The licensing of the restaurant will be a big break with longstanding tradition upheld by the late Walt Disney himself. Broken long ago elsewhere in the park, the Magic Kingdom area has been a holdout that harks back to a time when Walt moved his DisneyWorld plans from St. Louis to Orlando because the city insisted on serving beer. According to the Disney blog, there’s a concern that opening a new section of the park to alcohol could result in cases of obvious drunkenness, and lead to bad word of mouth due to the presence of ‘drunken louts.'” Read more about it here.

From The Jane Dough: When HBO debuted Lena Dunham’s Girls this year, it drew lots of media attention, much of which compared it to Sex and the City. Sarah Jessica Parker is finally shedding light on this topic, reports The Jane Dough:  Expert Sarah Jessica Parker, who of course portrayed SATC heroine Carrie Bradshaw, has finally come forward with an answer. Who cares what anyone else has said on the matter, including Dunham? Parker, the end all source, told theHollywood Reporter of “Girls”: ‘It’s a very different show. But the similarity is in the intimacy of the conversations among women’  …With its happy hours, brunches, shopping sprees, and chic bar excursions, SATC is the NYC life to strive for. “Girls,” on the other hand, is even more depressing than reality.” Read the full story here. 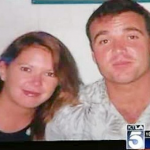 From The Braiser: Well, this is disturbing news. Did a chef who murdered his wife cook her remains? Writes the site, “David Viens of Lomita, California, who confessed to killing his wife back in 2009 after investigators were unable to find her body. According to his daughter’s testimony, however, Viens may have disposed of her mother’s body by cooking her.  ‘He is a chef,’ explained Jacqueline Viens on the witness stand, according to the Daily Breeze. ‘He would joke about cooking a body.’ Even more disturbing is that Viens freely admitted to practically everyone that he’d murdered Dawn Viens, his wife of 17 years, though he had never told anyone what had happened to her remains.” Read more about the case here.