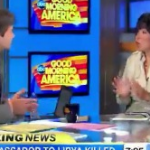 From Mediaite: Sad news this morning as the U.S. Consulate in Libya was attacked. Reports Mediaite: “Riots in the North African nations of Libya and Egypt on September 11 have left several Americans dead, including the United States’ Ambassador to Libya, Chris Stevens. Today, some members of the media are opting to make a moral equivalency between the rioters and the free speech rights in the United States which may have inspired them. Appearing with George Stephanopoulos on ABC’s Good Morning America, Christiane Amanpour related what she knew about the filmmaker responsible for the movie which sparked riots across North Africa and cost the lives of at least three Americans.” She implies that ‘extremists in this country’ are responsible. Read more here. 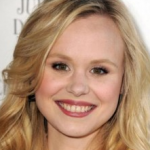 From Gossip Cop: Celebrities can’t seem to keep their clothes on, at least on the internet. Alison Pill is the latest actress to accidentally tweet nude photos of herself. Writes Gossip Cop, “Alison Pill, who stars on HBO’s “The Newsroom,” accidentally posted a naked picture of herself to Twitter on Wednesday. The actress quickly deleted the shot — in which she’s on a bed, topless — and apologized to her followers. She tweeted, ‘Yep. That picture happened. Ugh. My tech issues have now reached new heights, apparently. How a deletion turned into a tweet… Apologies.’ Pill is engaged to Jay Baruchel, who seemed amused by the whole thing. He tweeted, ‘My fiancee is an hilarious dork. #imjustgladitdidnthappentomefirst.'” Read more and see the pic here. 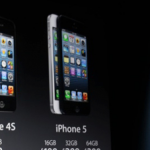 From Geekosystem: Big news in the world of tech: Apple has finally unveiled the iPhone 5, and people aren’t surprised. Reports Geekosystem, “Well, folks, it’s official: The latest mobile phone offering from Apple has been officially revealed as the iPhone 5. The phone features many of the features long rumored to be included, like a new version of the connector and iOS 6 already installed, and should come as no surprise to anyone that’s been following the coverage closely. Even so, Apple fanatics will likely start lining up to preorder now though they won’t be available until this Friday, September 14th. Apple’s newest phone will then ship a week later on September 21st.” Find out what it offers here. 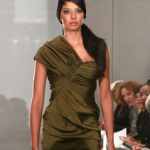 From Styleite: Who is designer Laura Smalls? Only the latest hot designer, thanks to the FLOTUS stamp of approval! Writes Styleite, “Laura Smalls has flown relatively under the radar since she debuted her eponymous line three years ago, but now, thanks to Michelle Obama, she’s a household name. The FLOTUS wore not one, but two of Smalls’ dresses during the Democratic National Convention last week. Michelle also chose a Smalls frock back in 2011, and as the story goes, anything she wears turns to gold. At Smalls’ spring 2013 show at New York’s Andaz Hotel Tuesday night, the designer sent out 28 looks inspired by Paul Gauguin‘s book Noa Noa. Tailored separates, skirt suits, and ruched dresses in ivory, chartreuse, black, and silver hues made their way down the runway.” Read more about here here. 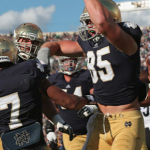 From SportsGrid: College football realignment has been making headlines, and today Notre Dame announced its much-speculated plans. Reports Sportsgrid, “Throughout the realignment craze that’s reshaping major college sports, one major question has always been: what happens to Notre Dame? The Big East, despite adding basically whichever schools will agree to join, was greatly weakened by the departures of Pitt, Syracuse, and West Virginia over the last year, and as Notre Dame is a member of the conference in all sports but football, it was natural to wonder if the school would look for a new, more stable sports home… Well, today we got a definitive answer: Notre Dame is moving to the ACC in all sports… except football.” Read all the details of the deal here. 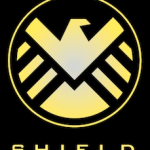 From The Mary Sue: Recently, it was announced that S.H.I.E.L.D. was turning to television. Today, new details have been released and The Mary Sue is reporting on them. Writes the site, “Joss Whedon says he’s ‘very far’ into the process of his S.H.I.E.L.D. show, ‘with a full framework and cast.’ But he didn’t name any names. Yes, we’re squirming in frustration as well. ‘Cast’ here, is unlikely to mean actual actors, but rather which canonical Marvel characters will be regular characters or make an appearance on the show. Whedon says: ‘It’s new characters. It needs to be its own thing.’ …For the sake of my mental health I’m going to assume that he means ‘new’ as in ‘characters who weren’t in the movies’ and not ‘original characters who were never in Marvel Comics,’ although I would expect there to be some of those as well.” Read more here. 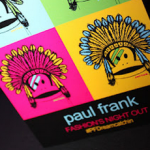 From The Jane Dough: Fashion Week ends tomorrow, but last week it began with a big event: Fashion’s Night Out. Overall, a fun excuse to go out, shop, drink free champagne, etc. But Paul Frank had to ruin it, reports The Jane Dough’s Laura Donovan: “I’m lucky to have long since outgrown the clothing manufacturer, as it just hosted a Native American culture-themed bash called ‘Dreamcatchin’ for Fashion Night Out. The party description, which includes the word ‘powwow,’ is enough to make you want to hide forever: ‘Paul Frank celebrated Fashion’s Night Out with a neon-Native American powwow theme. Glow-in-the-dark war-painted employees in feather headbands and bow and arrows invited guests to be photographed on a mini-runway holding prop tomahawks.’ I’m sure Paul Frank didn’t intend to offend, but the pictures leave a pretty bad taste in my mouth.” See those pics here. 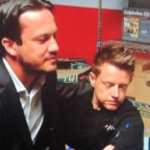 From The Braiser: Top Chef is cruisin’ and it sounds like a wild party. Why? Writes The Braiser, “Did Top Chef just take their cruise to a whole ‘nother level? Because not only did they add Paul Qui and Yigit Pura to the lineup, they also invited the greatest Top Chef bromance the world has ever seen to celebrate their love on the ship: Richard “Jack Dawson” Blais and Fabio “Rose DeWitt Bukater” Viviani… Qui, Pura, and Blaisiani (we’ll find a portmanteau for the two of them, just you wait) join 11 other Top Chef alums as well as Tom Colicchio, Gail Simmons, Tim Love, and DJ Hubert “Skrillex” Keller, who’s hosting a late-night dance party.” Read more details here.