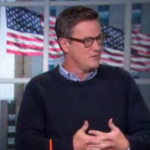 From Mediaite: The eleven-year anniversary of September 11th is today, and Morning Joe’s Joe Scarborough makes an important point: Let’s stop and thank both George Bush and Barack Obama today. Reports Mediaite, “The Morning Joe panel took some time to remember and share where they were 11 years ago today. Host Joe Scarborough… hoped that others would put politics aside and remember to thank all those tasked with keeping us secure: ‘Of course, we’re in the middle of a campaign so you can’t say this, you just can’t say this because there are too many haters out there that will hate hearing you say anything nice about either side. But here we are. Let’s just be positive for a second here.'” Read more and watch here. 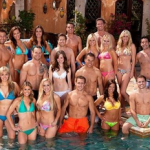 From Gossip Cop: Well, this season Bachelor Pad is finally over, and one couple was crowned winner while a shocking ending twist ensued. Gossip Cop catches you up on all the goings-on: “The ‘Bachelor Pad’ finale on Monday was as drama-filled as the rest of the season — if not more so. With just two couples still in the running — Nick & Racheland Chris & Sarah — the ousted contestants returned to weigh in on which pair deserved the $250,000 grand prize. So, which couple won the vote?” Spoiler alerts ahead, but read about all the drama and happenings here. 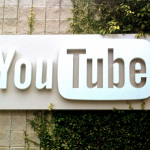 From Geekosystem: YouTube has announced their latest iOS app. Reports Geekosystem, “For those that haven’t been following along, Apple’s iOS 6 removes the standard YouTube app that everyone previously had available to them on their homescreen. This was, apparently, a big deal for everyone that religiously checked for the latest Epic Rap Battles of History via their phone. Luckily, Google quickly noted that they’d be releasing their own standalone app for the formerly standard service. Today, that app has finally been made available. The announcement comes courtesy of YouTube’s official blog, which also goes on to describe a number of the apps new features.” Find out those features here. 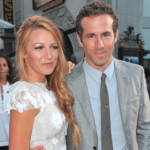 From Styleite: Blake Lively and Ryan Reynolds wed last weekend — and Styleite has all the details, including the recently revealed dress designer! Writes the site, “while some details emerged quickly —Florence Welch of Florence + the Machineperformed, Bette Midler serenaded the crowd, and a cake was trucked in from Virginia — the one thing everyone really wanted to know remained inscrutably underwraps, which is to say: what did she wear? … Lively worked with the team at Stewart’s bridal spinoff to plan her rustic nuptials, which took place in a barn on Boone Hall Plantation & Gardens… Here’s what they had to say about her bridal stylings: The bride and her bridesmaids walked down the aisle in custom Marchesa gowns designed by Blake’s friends, Georgina Chapman and Keren Craig, with shoes created for the celebration by Christian Louboutin.” Read all the details here.

From SportsGrid:  Monday Night Football began, and the Baltimore Ravens were on fire —  practically unstoppable, except for one thing. Writes Sportsgrid, “They beat the Bengals 44-13, making their division foes look rather unlike the playoff team they were a year ago. They weren’t stopped in the passing game: Joe Flacco had one of his best games… They weren’t stopped in the running game: the Ravens ran the ball 23 times for 122 yards and two more scores… But the Ravens weren’t invulnerable. As thoroughly as they dominated, there was one guy who could end the night saying he got the better of them – and not just any Raven, but Ray Rice, who ran for 68 yards on 10 carries. The problem for the Bengals: that guy wasn’t on their team. He was a cameraman.” Read more and see video here. 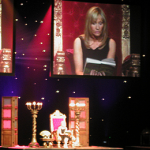 From The Mary Sue: A security breach is sending the highly-anticipated New York J.K. Rowling event into a panic. Here’s why, reports The Mary Sue: “J.K. Rowling fans in the United States were both terrified and giddy with excitement when the author announced she’d be making just one U.S. stop this year. The Harry Potter scribe would be promoting her upcoming book, The Casual Vacancy, at New York’s Lincoln Center to a crowd of just over 1,000. There’s just one problem now – tickets accidentally went on sale early and now the highly anticipated event is oversold…  Tickets for the event were publicized as going on sale 10 a.m. on September 10th but went on sale 12 hours early, at 10 p.m., on Lincoln Center’s website only… Sales took place in person the following morning before the glitch was realized.” Read more about the chaos here. 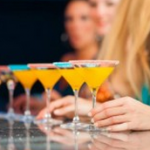 From The Jane Dough: There may be a new important invention for women who find themselves in social, and potentially dangerous, drinking situations. Reports The Jane Dough, “Two Israeli men have manufactured an ‘Anti-Date Rape Straw,’ which can detect the two most common drugs used in such concoctions: ketamine and gamma-hydroxybutyric acid, of GHB. The researchers are also working toward increasing the straw’s detection abilities by getting it to flag roofies. The guys behind it are hoping to commercialize the product this year…  Once the straw is in circulation, people everywhere can… surreptitiously stick it into their cups and see when their beverages have been spiked. The plastic straw changes color when it detects a drug, informing the imbibing individual that he/she is at risk.” Read more here. 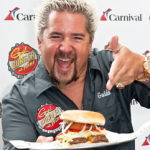 From The Braiser: The site’s writers headed to Meatopia in NYC this weekend, and there got to get some answer’s from master butcher Pat LaFrieda about master eater Guy Fieri’s new burger. Reports The Braiser, “Apart from his extraordinary skill at butchering animals and the development of his ‘meat empire,’ LaFrieda’s renown comes from the hamburger blends he creates for many of the country’s top restaurants and burger joints. Among his most famous burger customers: April Bloomfield, The Minetta Tavern (who serves the legendary Black Labelburger), and Shake Shack. With the news that LaFrieda would be supplying Guy Fieri’s burger meat for his new Times Square restaurant,  we… asked him: What would a company known for pulverizing expensive, dry-aged ribeyes into burger meat, make for a dude like Guy Fieri?” Find out here.