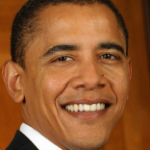 From Mediaite: So did Nicki Minaj endorse Mitt Romney? Now even President Obama is weighing in on the situation. Reports Mediaite, “As a refresher, Minaj’s verse on a new Lil Wayne mixtape track included the lines: ‘I’m a Republican voting for Mitt Romney / You lazy b*tches is f*cking up the economy / Out in Miami I be chilling with a zombie’… When asked for his thoughts on the matter, President Obama told the Top 40 radio station: ‘I’m not sure that’s actually what happened. I think she had a song on there, a little rap that said that. But, she likes to play different characters. So I don’t know what’s going on there,’ the president concluded.” Read more here. 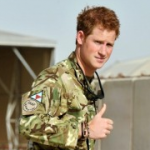 From Gossip Cop: Vegas may have been fun and games for Prince Harry, but his life has taken a serious turn. Reports Gossip Cop, “The Taliban is threatening to kidnap or assassinate Prince Harry while he’s in Afghanistan for a four-month combat tour. The Apache helicopter pilot, who’s fighting Taliban insurgents on the front lines, has been targeted by the militant organization, spokesman Zabihullah Mujahidtells Reuters. Mujahid says, ‘We are using all our strength to get rid of him, either by killing or kidnapping.’ He added, ‘We have informed our commanders in Helmand to do whatever they can to eliminate him’ in a plan referred to as the ‘Harry operations.’ Gossip Cop has reached out to Buckingham Palace for comment on the threats.” Read the article here. 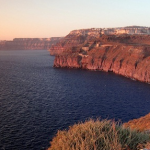 From Geekosystem: Are the Greek islands rising? A little bit, yes, reports Geekosystem: “Large swathes of the Greek island of Santorini are covered in pumice from an enormous volcanic explosion thousands of years ago, a major catastrophe of the ancient world. Lately, the volcanic archipelago has seen some more geological rumblings, starting with a series of small earthquakes a couple years ago that marked the first seismic activity seen on the island in more than a quarter of a century. It now appears those quakes brought along some company, in the form of an underground balloon of magma that may be as large as 20 million cubic meters — so huge, it has raised the surface of the islands as much as 14 centimeters in some areas. ” Read the story here. 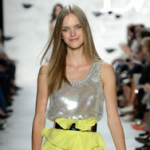 From Styleite: The site continues their up-to-the-minute coverage of New York Fashion Week 2012, today weighing in on DVF’s latest. Writes Styleite, “Oh, to be young, beautiful, and a princess. That was the idea behind Diane von Furstenberg‘s spring collection, which was shown in New York yesterday in a theatre strung with mirrored lips, the designer’s iconic logo. DVF, however, wasn’t courting Kate Middleton, nor conjuring a Cinderella tale, but rather looking back on her own past and the years she spent as Diane, Princess of Fürstenburg, traveling the world with a bohemian spirit and a title in tow. Along with creative director Yvan Mispelaere, the designer christened the collection “Palazzo” and took her customer on a veritable trip around the world.” Read more and see pics here. 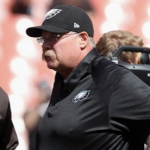 From SportsGrid: Back to football! Week 1 of the NFL is mostly over, with only two more games to be played tonight. Sportsgrid is there for you football fans with the five things you need to know about this week. What’s one major prediction? “Andy Reid will be fired this season. The Eagles won, you might say, but not before Andy Reid decided that airing it out 56 times with interception-happy Michael Vick was better than feeding the ball to LeSean McCoy… The defense did play well… [b]ut Reid can’t seem to get his Eagles’ teams over the hump, no matter how talented they are. And if they miss the playoffs again this season, or at least don’t make a deep postseason run, Reid might be looking for another job.” Read more, and the other four, here. 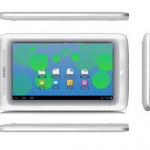 From The Mary Sue: There’s another e-Reader on the market, but this time it’s sold by Toys ‘R’ Us and geared towards kids. Reports The Mary Sue, “The retail chain will soon be selling their very own tablet created especially for kids. So instead of breaking your expensive technological device, they can break their own! In all honesty, it’s probably a genius idea. Parents love buying their offspring the children’s version of adult products. The Wall Street Journal writes, ‘The $149.99 Tabeo will be available only at Toys ‘R’ Us, so shoppers won’t be able to try it out in a store and then purchase it for less on a rival retailer’s website. The tablet goes on sale Oct. 21, and pre-orders are now available online at Toysrus.com.'” Read more here. 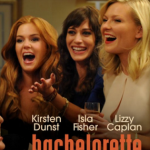 From The Jane Dough: Looking for a good new movie? Maybe don’t see The Bachelorette. The Jane Dough’s Sarah Devlin reviews the movie, explaining why she really wanted to like it but didn’t: “I wanted Bachelorette to be awesome. I love Kirsten Dunst, Isla Fisher, Lizzy Caplan and Rebel Wilson; I love James Marsden playing a cad, I love Adam Scott being Adam Scott and I love raunchy female-driven comedies that refuse to put women on a pedestal. The only problem with Bachelorette is that I didn’t find it all that empowering, or all that funny. Find out why here. (But careful! Significant spoilers!) 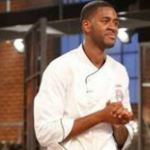 From The Braiser: The Masterchef final challenge happens tonight, and The Braiser is there with the best coverage, writing: “We got the chance to sit in on a round table interview with MasterChef finalists Josh Marks and Christine Ha recently, and they dished on everything from what cooking help the home cooks really get behind the scenes, to how the judges treated them, to their most feared mystery box challenge, and, of course, how Christine’s blindness defined this season’s competition… Check out the Q & A we sat in on to learn more about the cooking classes, how Christine felt being ‘the favorite,’ and a big hint about tonight’s finale.” Read it here.