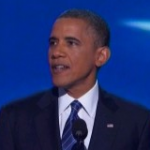 From Mediaite: President Barack Obama closed out the Democratic National Convention in Charlotte last night with his highly anticipated-speech accepting the party’s nomination. So what did he say? Reports Mediaite, “Obama made the final speech of the week at the Democratic National Convention, in which he acknowledged the difficulties still facing the United States four years after he was elected to the presidency. Obama told the crowd that the choice in November is not between two parties, but a choice ‘between two fundamentally different visions for the future,’ and delivered a personal rebuttal to the agenda Republicans laid out at their convention last week.” Read more about his speech here. 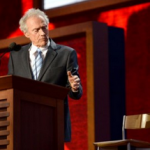 From Gossip Cop: In other political convention news, Clint Eastwood is finally speaking out about his bizarre performance at the RNC last week. Reports Gossip Cop, “Clint Eastwood says his infamous ’empty chair’ speech at last week’s Republican National Convention was a last-minute decision, but that his ‘very unorthodox’ remarks hit the points he wanted to make. For his ‘surprise’ slot on stage in Tampa, the Oscar winner ‘conversed’ with an imaginary President Obama ‘seated’ next to the podium. In his first interview since the convention, Eastwood tells his hometown newspaper, The Pine Cone of Carmel, Calif., that the gimmick only occurred to him backstage, minutes before his address.” Read more here. 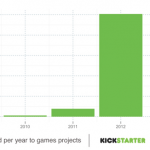 From Geekosystem: So for what exactly is Kickstarter good at raising money? Games, it seems. Reports Geekosystem, “Kickstarter loves games. Specifically, the company loves their Games category. As of August 31st, the Games section of Kickstarter has seen $50,330,275 pledged so far this year to the various goods and services it represents. Considering that the amount pledged for 2011 came to a grand total of $3,615,841, it’s a staggering increase. As much as Kickstarter loves games, it looks like games just might love Kickstarter too.” Read the story here. 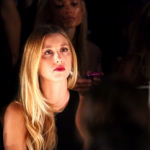 From Styleite: New York Fashion Week kicked off yesterday, and Styleite attended their first show – BCBG Max Azria. What did it entail? Writes the site, “For spring 2013, [Whitney Port] explained, ‘it’s all about mixing black with pops of color,’ and indeed that’s exactly what we saw come down the runway… out streamed a line of models clad in leather and lace, mostly in shades of black, white, and gray, but with an occasional punch of peach. The array of slim cut silk dresses could perhaps pass for just plain-old pretty, if it weren’t for the addition of delicate paneling and tough leather harnesses. As for accessories, the shoes were perforated, buckled, and cuffed at the ankle, while models toted buttery envelope clutches in a pared-down neutral palette.” Read more and see pictures here. 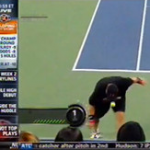 From SportsGrid: Who do you think is better at tennis, Roger Federer or King of Queens actor Kevin James? Yeah, pretty obvious question. But this is what happened last night, reports Sportsgrid: “Remember in 2009 at the U.S. Open, when Roger Federer hit a between-the-legs backwards winner against Novak Djokovic and it was one of the top 10 most amazing things you’d ever seen in sports? Remember the next year, when he did it again?Actor-comedian Kevin James does, apparently. James was part of an ‘old guy tennis player matched with actor/comedian’ doubles match at Flushing Meadows that pitted him and Jim Courier against Jon McEnroe and Adam Sandler,” where James tried the shot. Watch and read more here. 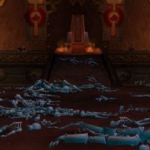 From The Mary Sue: Kickstarter may be good at raising money for games, but perhaps there are less gamers these days. The Mary Sue writes about a new report from market researchers the NPD Group: “The NPD’s findings show that the number of people who play video games in the U.S. has actually shunk by 12 million last year, 5% of the total gamer population. For some additional perspective, that’s just a couple million more than the entire current player population of World of Warcraft. But while the overall number of people playing games in 2011, that perennial thorn in the side of ‘teh hardcorez; gamers, mobile gaming, grew like gangbusters… There were also declines in the NPD defined categories of Family+Kid Gamers, Light PC Gamers, and Avid PC Gamers.” Read more results here. 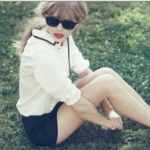 From The Jane Dough: Breaking news, world. Taylor Swift is publicly calling out one of her ex-boyfriends in a song again. But who is the mystery man? The Jane Dough has an answer: “Ever since the release of pop sensation Taylor Swift’s uncharacteristically aggressive tune, ‘We Are Never Ever Getting Back Together,’ the world has been making educated guesses on the inspiration of the song. The mystery is apparently over though, as a source says it’s about the Pennsylvania musician’s ex-flame, Jake Gyllenhaal. ‘It’s definitely about Jake,’ an insider told Us Weekly of the iTunes hit, which has lyrics such as, ‘you will hide away and find your piece of mind with some indie record that’s much cooler than mine.’ Yup, sounds like something too-cool-for-school LA guy Gyllenhaal would do.” Read more clues here. 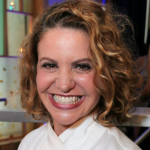 From The Braiser: Airplane food seems to be the one cuisine that chefs can’t perfect… until now, perhaps. Reports The Braiser, “Remember that one crazy (and by crazy, we mean basically impossible)Top Chef challenge where they had to make tasty plane food that would keep in holding trays and retain optimum yummyness at high altitudes? Well, any great accomplishments that were achieved during that challenge (and none come to mind) have just been smoked by Michelle Bernstein. Apparently, first class passengers on international Delta flights are handed real, live menus created by Executive Chef Michelle Bernstein, as a flight attendant flicks a real, live table cloth atop their airplane trays for dinner service. So classy, Delta!” Read more, including menu options, here.