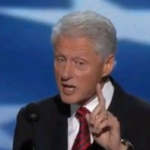 From Mediaite: The Democratic National Convention continues, and so do the speeches. Last night, Bill Clinton’s talk made headlines. Reports Mediaite, “Former President Bill Clinton injected some of his gigawatt political star power into President Obama‘s reelection effort Wednesday night with a rousing speech to the Democratic National Convention, capped off by a last-minute appearance onstage by the incumbent nominee himself. With his trademark wit and charm, and his hard-won statesmanlike gravity, President Clinton made President Obama’s case for reelection persuasively and convincingly.” Read more about it here. 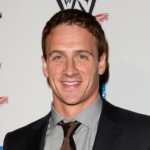 From Gossip Cop: The world still cannot seem to get enough Ryan Lochte. Next, he will apparently make a cameo appearance on “30 Rock.” Reports Gossip Cop, “Asked by The Cut on Wednesday about his upcoming TV commitments, the Olympic swimmer and pool defiler revealed, ‘I know I have the cameo for 30 Rock in the morning, and after that, E! and then Live with Kelly. So I’m all over the place.’ He gave no additional details about the nature of his spot on ’30 Rock,’  which is about to begin its final season. Lochte is helping E! News with coverage of New York Fashion Week and recently filmed an appearance on ‘90210.’” Learn more about his projects here. 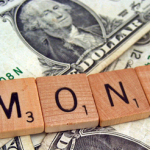 From Geekosystem: Sweden is helping out Cambodia in a big way. But why? Reports Geekosystem, “The suspicious series of events surrounding the arrest of Gottfrid Svartholm, one of the founders of popular torrent site The Pirate Bay, does give room to speculation. After his arrest, Sweden wanted to deport the man fromCambodia, but there’s no standing extradition treaty between the two countries. The two apparently came to some kind of agreement, as Cambodia has since agreed to deport Svartholm. Fresh on the heels of this news, it’s been announced that Sweden will provide a $59 million aid package to Cambodia for ’causes of democratic development, human rights, education, and climate change for two years.'” Though it can’t be proven, read more here. 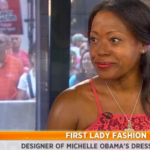 From Styleite: Michelle Obama is one stylish First Lady, especially in the  hot pink, silk jacquard Tracy Reese dress she wore to give her convention speech Tuesday night? If you liked that dress, Styleite has good news: “While the dress was custom creation, Reesec onfirmed this morning that her team is doing everything they can to get it in stores as soon as possible. On the Today show, Reese revealed she had no idea Obama was going to wear the dress. ‘We were warned there was a possibility, but they weren’t sure until the last minute,’ she explained. But after its incredibly positive reception, Reese told Today that fans of the look could expect to see the dress in stores — and for under $500.” Read more here. 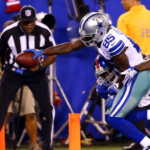 From SportsGrid: The 2012 NFL season began last night, as the Dallas Cowboys defeated the New York Giants. The biggest surprise of the night? Kevin Ogletree. Sportgrid offers some fantasy advice: “After the Cowboys’ third wide receiver’s performance last night, he could have you spying those league waiver wires for the first time this season. Kevin Ogletree came out of nowhere to record 8 receptions, 114 yards, and two touchdowns… Before you hit that waiver wire, though, remember the Boys just won 24-17 against a Giants team on their fifth-string cornerback for the better part of the game. Their linebacker contingent is also pretty average to begin with. And of course, this is just one game.” Read the article here. 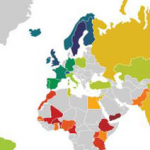 From The Mary Sue: Is Sweden winning the internet? A new study says so: “As reported by CNET Asia, the newly-crafted Web Index shows that Sweden is better than the rest of us at using the Internet. How is such a thing measured? The five-year survey of global web usage was conducted by Sir Tim Berners-Lee‘s World Wide Web Foundation, and uses a variety of factors to determine how the Internet is being used to impact growth and development in 61 countries,” reports The Mary Sue, continuing “The study’s website ranks the United States coming in second, with the UK in third. Six of the top ten are European countries, surprisingly outranking tech-industry juggernauts in Asia.” Read more about the results here. 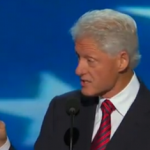 From The Jane Dough: Back to Bill Clinton’s speech, The Jane Dough’s Sarah Devlin is commenting on one moment: “[S]omething happened during his remarks, just for a moment, that struck me as very sad. When Clinton spoke, passionately, about the measures Obama has taken to protect Medicare, the camera (or at least the feed from MSNBC, which is what I was watching), cut to a middle aged woman, wearing a breathing tube, beaming and holding up her Medicare ID card. The camera cut away and then returned to the same woman, zooming in so that viewers could see exactly what the card was. This seemed innocuous to me until I realized that her social security number was clearly visible.” What could MSNBC have done differently? Find out here. 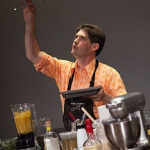 From The Braiser: Live in Boston and want to learn more about the culinary world? You’re in luck, reports The Braiser: “Harvard University just released the schedule for this year’s ‘Science and Cooking’ Public Lecture Series. In its third year, it features most of the coolest chefs you know, from David Chang to Ferran Adria. And it’s free. And it’s open to the public. And there’s Jose Andres, too, if you weren’t already convinced… Last Tuesday, Booker and Dax’s Dave Arnold kicked off the lecture series with a demonstration of dragon’s beard, a type of hand-pulled cotton candy, as well as a paean to the multiple ways one can cook an egg. But the most useful thing we got out of it? How to use agar agar to make orange-flavored whipped cream.” Check it out here.