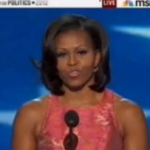 From Mediaite: First Lady Michelle Obama gave her highly-anticipated speech at the Democratic National Convention Tuesday night, and has garnered much positive feedback. Reports Mediaite, she “hit all the right personal notes, but was also surprisingly long on substance. While recounting the values that she and ‘Barack’ grew to share, Mrs. Obama also made important connections between those values and President Obama‘s achievements… The First Lady framed her speech as the story of how she feared her husband’s presidency might change him, versus how it actually did… and wove it together with stories of their family histories, of struggle and sacrifice, and of the sometimes stingy rewards of hard work.” Read more here. 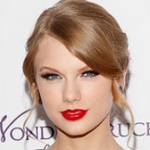 From Gossip Cop: Taylor Swift has made some interesting choices this summer, especially dating Conor Kennedy. Reports Gossip Cop, “Their relationship immediately became the subject of sensationalized tabloid reports. Last week, the National Enquirer claimed to have a ‘baby bombshell’ about the couple, wrongly speculating that the singer was already ‘making plans to marry” Kennedy and ‘have his child as quickly as possible.’ Now, the publication is alleging that Caroline Kennedy, Maria Shriver and others are panicked that Swift and Conor might elope.” Fear not, says the site: “They are NOT talking about marriage at all, much less threatening to elope.” Read all the details here. 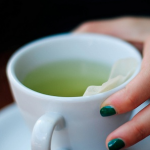 From Geekosystem: Is green tea good for your brain? A new study says yes! Reports Geekosystem, “Green tea is among the healthiest things you can drink… It’s jam-packed with anti-oxidants, can aid in weight loss, and even shows some promise in single-handedly lowering cholesterol levels. Now, a study published in the journal Molecular Nutrition & Food Research suggests that a chemical in the popular drink could improve brain function by encouraging the growth of new brain cells, and may even be capable of improving some general functions of the brain.” Read the full story here. 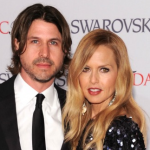 From Styleite: I die. Thankfully for Bravo lovers everywhere, R-Zoe is coming back. Writes Styleite, “When it comes to The Rachel Zoe Project, Bravo is totally not shutting it down. Just a week after they broke the news that Zoe‘s former assistant Brad Goreski would be returning to the small screen for season two of It’s A Brad, Brad World, they’ve announced that the show that first launched his career will also be back for a fifth season. According to a press release from the network, season five will follow Zoe as she works on expanding her fashion line, settling into her new Los Angeles home, and taking care of son Skyler Berman, who is now a walking toddler and certified ‘fashionisto.'” Read more here. 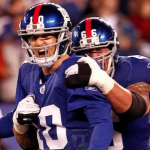 From SportsGrid: Week 1 of the NFL is here! Football is back! Tonight!! So who are the picks for this week’s games? Sportsgrid’s got all the answers, starting with tonight’s big game: “New York Giants (-4) over Dallas Cowboys: Do Tom Coughlin’s cheeks turn bright red even when it’s 75 degrees outside? I think so, since he’s probably still furious at Matt Dodge. But more importantly, the NFL season hasn’t started until Coughlin gives us one of these. Most people picked the Cowboys to finish ahead of the Giants in the NFC East because Tony Romo is so reliable late in the season and nothing could ever go wrong with giving your star receiver a breakable bed time. And only in Dallas is a running back with FIVE CAREER GOOD GAMES considered a franchise savior.” Read all the picks here. 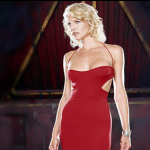 From The Mary Sue: Doctor Who and Community fans — unite over this exciting news! Reports The Mary Sue, “Most of us know her as Number Six/Caprica/many other character names from Battlestar Galactica but actress Tricia Helfer has had a healthy career outside the sci-fi drama. But sci-fi and comedy fans alike should be excited about this news. Helfer is going to have a cameo on the upcoming final season of Community and it will involve their Doctor Who parody, Inspector Spacetime! TV Line were the ones to break the news.” Read all about it here. 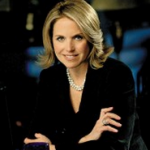 From The Jane Dough: We all love Duchess Kate, but could she stand to gain a few pounds? Writes The Jane Dough, “TV show host Katie Couric made a good case when she said recently that Duchess Catherine could really stand to gain a few pounds. ‘I think she’s getting too thin,’ Couric admitted during the filming of her new program, ‘Katie,’ echoing a wave of critics that slammed the royal lady in the months before her wedding for becoming a disappearing skinny little thing. Middleton’s approach was somewhat understandable though, as she was under constant public watch and likely thought weight loss rumors were better than the alternative. It’s no one’s place to tell Middleton how she is supposed to look or eat, but Couric probably meant well and was merely looking out for the young British woman. ” Read the article here. 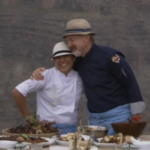 From The Braiser: We know the DNC was full of democracy and politicians, but did you know it had celebrity chefs too? Reports The Braiser, “While we’ve extensively covered the gay best friend thing going on betweenArt Smith and Lorena Garcia, we’re happy to learn that it wasn’t just a giant act conceived by the producers of Top Chef: they are really biffles in real life, and they are currently running a pop-up restaurant at theDemocratic National Convention together. (Above, the two, wearing matching friendship hats.)Appropriately, the Charlotte, NC pop-up is called Chicka-Boom-Boom… If you didn’t get it by now, Art Smith is gay and liberal and gladly supports the president: he cooked for Barack Obama back when they both lived in Chicago. ” Read more here.