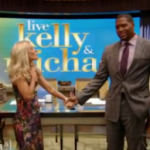 From Mediaite:  Today brought a big announcement about the world of morning talk show television: Kelly Ripa introduced former NFL star Michael Strahan as her new co-host to replace Regis Philbin on the long-running show Live!. Reports Mediaite, “‘Nine months and I am about to give birth to my new co-host,’ Ripa said to laughter and applause. ‘We had 200 shows. we’ve had almost 60 co-hosts,’ she continued. ‘We finally have our new guy. That’s right, I said guy.’ After a lengthy thank-you to the fans for sticking with the show throughout this process, Ripa made the big announcement.” Read more and watch the announcement here. 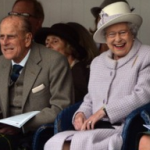 From Gossip Cop: Prince Harry may have just been caught naked in Vegas, but it looks like he isn’t the only royal! Reports Gossip Cop, “Prince Philip may be 91, but he’s giving his grandson a run for his money! While sitting next to Queen Elizabeth at the Highland Gathering in Braemer, Scotland over the weekend, the stoic royal, sitting in a kilt with his legs apart, accidentally gave photographers a peek at his… er, crown jewels. The photo is censored, but it sure seems like the Prince was, um, ballsy enough to brave the elements while going ‘commando.'” See the picture and read more here. 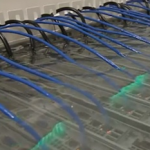 From Geekosystem: Is Intel giving their servers a spa treatment to cut energy use and costs? Yes, reports Geekosystem: “The company has been running some of its servers submerged in experimental mineral oil baths for a year in an effort to cut down the energy they use running and cooling the machines — and the expense associated with it, lest anyone think this is a totally altruistic endeavor. After a year, the results are in, and they’re pretty promising. Intel saw sharp declines of up to 95% in the energy they put toward cooling servers that were immersed in mineral oil baths.” Read more results here. 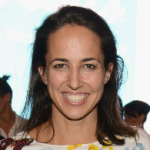 From Styleite: There are some editorial role changes in the world of fashion magazines! Styleite catches you up: “After six years in the top spot at Marie Claire, Joanna Coles is moving on to a new role as the editor-in-chief of Cosmopolitan. Coles will replace outgoing editor Kate White starting September 10, though White will stay on at Hearst Magazines in a consulting role. Anne Fulenwider is moving fromBrides to replace Coles at Marie Claire. Whew! Got all of that? Good. White has been at the top of Cosmo‘s masthead since 1998 (though she once upon a time modeled on a rival mag’s cover), but is stepping down to pursue personal writing and speaking endeavors.” Read the story here. 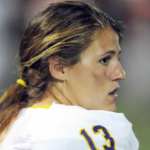 From SportsGrid: It’s always awesome to see gender barriers being broken down, especially by women in sports. And most recently, Erin DiMeglio made Florida high school sports history Friday night. Reports Sportsgrid, “She became the first girl to ever take a snap in a regular season high school football game in the state’s history when she came in to take two snaps, both handoffs, for South Plantation in their 31-14 victory over Nova. DiMeglio is not nearly the first girl to partake in Florida high school football, but by all accounts is the first to helm the sport’s most important position.” Read more about her accomplishments here. 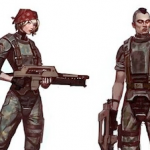 From The Mary Sue: Listen up, girl gamers! Aliens: Colonial Marines now has playable female characters. Reports The Mary Sue, “In July, Gearbox Studios began sharing details of its oft-delayed Aliens franchise game, Aliens: Colonial Marines… What the game didn’t feature, however, was the ability to create a female marine. This struck many as pretty out of… well, character, for a series that included women like Ripley and Vasquez, both formidable soldiers in their own right. A petition was begun, reasoning that with yet another recent delay in the game’s release, Gearbox would have the time to create gender options. This weekend we got the exciting news that it actually paid off.” Read the article here. 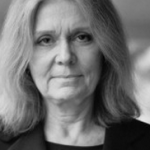 From The Jane Dough: If you love Gloria Steinem, and you love New York City apartments, then this story is for you. Reports The Jane Dough, “All young people (who aren’t trust fund recipients) in the Manhattan area know how expensive city housing is, so feminist legend Gloria Steinem’s living situation circa 1966 is pretty enviable. In a new segment for Oprah Winfrey, Steinem gives the TV show host a tour of her ‘cozy’ 5-bedroom NYC pad, which she and her friends purchased for $160,000 in the sixties. As Oprah points out, the second floor walk-up would cost millions now, and you can’t help getting at least a little angry about the rise in living costs!” Check out her apartment (including A LIBRARY LADDER) here. 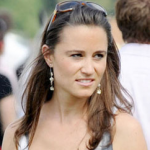 From The Braiser: Pippa Middleton came to New York City last weekend. Where did she eat? Reports The Braiser, she “went to Catch, the restaurant of Top Chef season 3 winner Hung Huynh. Wearing a ‘sleek, teal green, knee-length wrap dress,’ Pippa and her friends apparently stayed at his restaurant in the Meatpacking District for an hour,according to the gossip hawks at the New York Post. However, during the time in which they and their sources stalked her relentlessly, the Post spent very little time trying to connect her romantically with Huynh, as they did with one Andre Balzas, a ‘dashing hotelier’ whom Pippa was spotted dining with in the Hamptons.” Read more about Pippa and Huynh here.