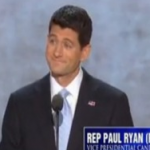 From Mediaite: At the Republican National Convention. Mitt Romney’s vice presidential pick, Wisconsin Senator Paul Ryan, made a highly-anticipated speech in which he formally accepted the party’s nomination for the position, and hit President Obama for failing to deliver the presidency he promised. Reports Mediaite, “Ryan turned to taking on President Obama’s record – he took him on for breaking the promises he made in 2008, the stimulus and for his health care reform law… Ryan closed by saying that he knew ‘the failures of one administration are not a mandate for a new administration.’ He said that the Romney/Ryan ticket would need to make their case to the American people. He promised that the coming campaign would make the choice in this election clear to all voters.” Read more about the speech here. 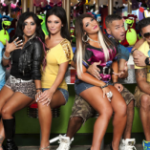 From Gossip Cop: Say goodbye to T-shirt time, a blast in a glass, and your favorite guidos, because “Jersey Shore” is no more. Reports Gossip Cop, “MTV is ending the hugely successful reality show after six seasons, the network announced on Thursday. The series’ final edition recently wrapped shooting, and will premiere on October 4. MTV is planning a retrospective special called ‘Gym, Tan, Look Back,’ which will air prior to the 2012 Video Music Awards on September 6. ‘Jersey Shore’ spawned two spinoffs, ‘Snooki & JWoww’ and ‘The Pauly D Project.’ The series… instantly became a pop culture phenomenon when it began in 2009.” Read the full article here. 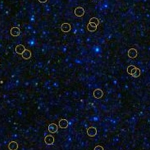 From Geekosystem: The media has been focused on the Mars Curiosity Rover, but NASA is doing some awesome research on other missions as well. Reports Geekosystem, “The Wide-field Infrared Survey Explorer (WISE) space telescope has found millions of black holes dotting the universe, as well as more than 1,000 of the brightest galaxies ever observed, which have gone unobserved until now because they are shrouded with dust that has hidden them from view. This despite the galaxies in question being as much as 100 trillion times brighter than our Sun. The WISE telescope finished two infrared scans of the entire night sky… That new data is taking time to parse, though…  and the studies released today mark some of the first major finds from the mission.” Read more about the findings here. 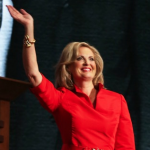 From Styleite: The RNC is getting a lot of press for its politics, but what about its fashion? What did FLOTUS hopeful Ann Romney wear? Reports Styleite, “Ann Romney picked a winning look for last night’s address at the Republican National Convention. The fiery red Oscar de la Renta shirtdress, paired with gold jewelry, black low-heeled sandals, and a coiffed ‘do, won over many less-than-conservative critics today. This, of course, was especially important in a look that was no doubt far more calculated than her previous ensembles. De la Renta was chosen (we assume) at least in part because FLOTUS Michelle Obama has never worn one of his creations. The cinched-waist silhouette gave off a ’50s homemaker vibe that surely cast Romney in a more relatable light to more than a few women in the audience, despite its four-figure price tag.” Read more and see pictures here. 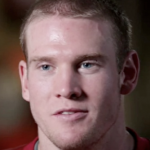 From SportsGrid: If there’s one thing the 2012 Summer Olympics taught us, it’s that America loves dumb athletes named Ryan. But this week it’s Ryan Tannehill, not Ryan Lochte, making adorably stupid results… namely that he thinks the Chiefs are in the NFC East. Writes Sportsgrid, “The fourth installment of this season’s Hard Knocks brought us a few noteworthy moments Tuesday night. A bromance between a few rookies trying to make the team. A preseason stinker in the rain at Sun Life Stadium that took place in front of about five fans. The gut-wrenching meeting between Jeff Ireland and recently traded corner Vontae Davis (harder to watch than any cut in the program’s history, IMO). But none were quite as peculiar as the quiz Matt Moore gave Ryan Tannehill regarding the NFL’s divisional makeup.” Read more and watch his mistake here. 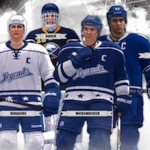 From The Mary Sue: Female hockey fans and gamers – rejoice! Big news today: Reports The Mary Sue, “Almost a year ago, we reported on NHL 12, the 2011 release of EA’s NHL series of hockey video games, which was the first of its series to allow players to create female characters in the game’s career campaign… NHL 12 featured nine playable characters representing nine greats of hockey like Wayne Gretsky. For this year’s installment, Mario Lemieux, Wayne Gretzky, and Jeremy Roenick are still available, along with new additions Jari Kurri, Dominik Hasek and Doug Gilmour. But there are two more characters to go, and they are Hayley Wickenheiser and Angela Ruggiero, the first real female athletes to ever be playable characters in an NHL game.” Read more here. 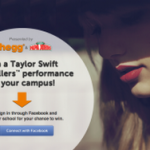 From The Jane Dough: Oh, Taylor Swift. Oh, 4Chan. Oh, wait — those two are connected? Go on. Reports The Jane Dough, “Remember when a Something Awful campaign successfully hijacked a contest to have Pitbull fly to a local Wal-Mart and give a concert, sending the rapper to Kodiak, Alaska? Well, the bedbugs of the Internet, Reddit and 4chan users, found that so inspiring that they were moved to try again — this time by sending Taylor Swift to give a concert at a school for the deaf. Popdust has the full story: ‘Swift has teamed up with Chegg and Papa John’s to play a free concert at the school that gets the most votes at TaylorSwiftOnCampus.com. Crucially, though, voters don’t have to verify that they attend the school they’re voting for, which opened the opportunity for our generation’s finest satirical minds to vote to send T-Swift to Horace Mann School for the Deaf in Massachusetts.'” Read what The Jane Dough thinks here. 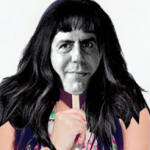 From The Braiser: Ruth Bourdain is an anonymous Twitter parody account, and the author has now made it clear he/she would like it to remain that way. Reports The Braiser, “Prior to today’s Wall Street Journal, there were perhaps three people in the world who knew the true identity of Twitter parody account Ruth Bourdain: him/herself, his/her agent, and Satan, who gave birth to whatever it is. Now, however, a certain Sumathi Reddy knows the answer to the food world’s biggest secret, because she interviewed the real Ruth Bourdain to promote his/her new book, Comfort Me With Offal. One part Ruth Reichl and one part Anthony Bourdain, the author of the Twitter account wants to get one thing clear: ‘No matter what, I want to continue to keep it anonymous because I think that’s something that the readers like… People can use their imagination.'” Read the story here.