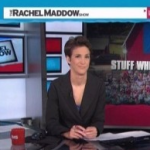 From Mediaite: How would MSNBC host Rachel Maddow characterize Mitt Romney’s 2012 presidential campaign? She says he’s “deliberately running against minority voters.” Reports Mediaite, “Maddow explained that given his unpopularity with Latinos and blacks, Mitt Romney needs to obtain 61-percent of the white vote in order to win the election. She claimed that Romney seems to be trying for that large percentage of the white vote through several racially-tinged campaign messages. ‘The Romney campaign is running ads about welfare,’ she explained, ‘ads that are blatantly racially-charged charges, showing images of hardworking white people, telling them their black president is going to start handing out welfare checks to people who won’t even look for a job.'” Read more about Maddow’s opinion here. 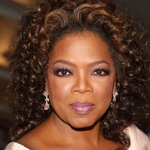 From Gossip Cop: The Forbes highest-paid celebrities list has been released, and Oprah reigns supreme. Reports Gossip Cop, “Forbes has released its list of the 21 highest-paid celebrities, and despite having left behind her daily talk show, Oprah Winfrey is on top. The magazine estimates that the TV empress earned $165 million between May 2011 and May 2012, beating out director-producer-moguls Michael Bay($160 million) and Steven Spielberg($130 million).The full list mixes performers like Britney Spears and Tom Cruise with behind-the-scenes titans like George Lucas and Dick Wolf. Tiger Woods and Manny Pacquiao make the cut as athletes, while Simon Cowell and Donald Trump arrive from the world of reality TV competitions.” See the full list here. 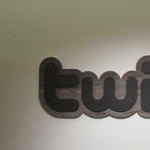 From Geekosystem: If you’ve tweeted any thoughts this morning or scrolled through your Twitter feed, you may have noticed a change: the tweets no longer mention how the user posted the content. Reports Geekosystem, “Part of the Twitter experience is the many disparate applications that folks use to interact with the platform. Up until this point, it was clear exactly which way folks accessed and posted to Twitter due to a small line near the bottom of their tweets that listed the application’s name. Now, where there used to be attribution next to the timestamp, there is only empty space. That isn’t to say that this change is the biggest of deals, as it were, but it certainly is telling. Twitter continues to move toward supporting first-party over third-party goals. Removing the “via [APPLICATION]” makes it seem like tweets come directly from Twitter and Twitter only.” Read more about its implications here. 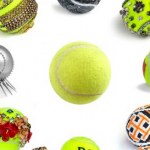 From Styleite: The US Open is upon us! Fashionistas, what does that mean? Bedazzled tennis balls, of course!  Styleite reports that Vogue commissioned “a bevy of their favorite designers… to create custom balls in celebration of Anna Wintour‘s all-time favorite sporting event.Among the athletic enthusiasts are fashion folk like Diane von Furstenberg and Peter Som, jewelersPamela Love and Fenton‘s Dana Lorenz, and even one actual tennis pro: Maria Sharapova, whose newly-launched candy line Sugarpova actually makes her somewhat of a designer. Now of course the whole concept is completely over-the-top ridiculous, but if Vogue didn’t do stuff like this, who would?” Read more and see pictures of them here. 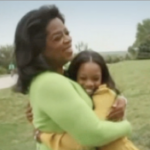 From SportsGrid: In the land of all things that are good, Oprah and Olympic gold-medalist/gymnast Gabby Douglas got together. Reports Sportsgrid, “Gabrielle Douglas appeared recently on Oprah’s Next Chapter, and spoke candidly to Oprah about a few things, that, if you weren’t an expert on Douglas, you probably didn’t know… First, on the lighter side, she prefers to be called by her full name, Gabrielle. She knows her fans call her Gabby, but don’t blame her for wanting to by the name her momma gave her… After that, Oprah digs deep and chats with Douglas about dealing with racism and her relationship (or lack thereof) with her estranged father. Definitely interesting to hear about the controversial topics of Gabrielle’s past that were only sidebars of pathos used by folks like Al Trautwig and Bob Costas during the Olympics.” Watch clips and read more about the interview here. 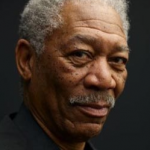 From The Mary Sue: The LEGO movie is happening, and it’s just added two more big stars! Reports The Mary Sue, “The live-action/CG animated Lego: The Piece of Resistance is getting built pretty fast. They’ve just added Morgan Freeman and Elizabeth Banks as voice actors. So, will they play minifigs we already know or original plastic people? Phil Lord and Chris Miller, directors… already got Chris Pratt (Parks and Recreation) to play the lead minifig, a regular-Joe named Emmett who is mistaken for a MasterBuilder. They’ve also secured Will Arnett to voice Batman but are still in talks with Channing Tatum to voice Superman. This will be the first time Superman and Batman share the big screen. So, what about Freeman and Banks? Deadline says they’ve heard Freeman will be playing a character called Vitruvius but don’t have a lead on who Banks will voice yet.” Read more here. 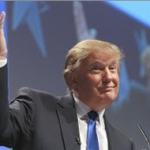 From The Jane Dough: In the latest unsurprising news, Donald Trump is insulting a woman. This time it’s Huffington Post founder Arianna Huffington. Reports The Jane Dough, “The businessman, who recently said online news site, Huffington Post is ‘such a loser,” is now going after its founder Arianna Huffington, tweeting he understands why her ex-husband Michael showed a sexual interest in men during their marriage: ‘@ariannahuff is unattractive both inside and out. I fully understand why her former husband left her for a man- he made a good decision.’ Seriously? Of course, Ms. Huffington is not the first woman Trump has attacked based on looks. He called Rosie O’Donnell ‘disgusting’ and New York Times reporter Gail Collins a ‘dog,’ among others.” Read the full story here. 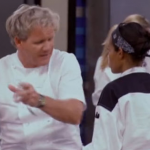 From The Braiser: What happened on Hell’s Kitchen last night? Reports The Braiser, “Gordon Ramsay left us out in the cold with an elimination cliffhanger, but not before booting one of the final four cheftestants. Barbie, Justin, Christina, and Dana were the chefs left competing for a spot in the finale, and, after a tricky service in which they each got a chance to run the pass, Gordon revealed he’d be eliminating two chefs to decide the final two competing for the position of head chef at Gordon Ramsay Steak in Las Vegas.” A pretty awkward thing happened when Barbie accidentally shouted orders in the wrong direction – at the dining room instead of the kitchen. Find out what happened (spoiler alert!) here.