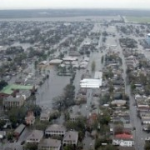 From Mediaite: Though the Republican National Convention is getting underway in Tampa, another story promises to outshine (or pour) it: Hurricane Isaac. Reports Mediaite, as the storm’s “trajectory shifts from the West Coast of Florida to the upper Gulf Coast, CNN has opted to send its most visible anchors to New Orleans to cover the storm. Isaac currently threatens to hit the Crescent City, exactly seven years to the day after the Hurricane Katrina made landfall… With the expectation that the storm’s damage could overshadow the Republican National Convention, also occurring this week in Tampa, Florida, CNN has sent Soledad O’Brien and Anderson Cooper to New Orleans to cover the storm’s impact.” What are the political implications of this? Read more here. 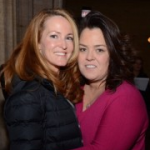 From Gossip Cop: Though it has been a tough summer for couple Rosie O’Donnell and Michelle Rounds regarding their health, they have one thing to celebrate: a secret marriage! Reports Gossip Cop, “The couple secretly got hitched in New York City in June, shortly after Rounds was diagnosed with a desmoid tumor, a rare disease for which she needed immediate surgery. O’Donnell announced the happy news on her blog on Monday, sharing, ‘We married in private before [Michelle’s] surgery, just the [two] of us.’ The Now & Then actress, who herself just suffered a heart attack last week, added, ‘When we r both well enough will have the wedding of r dreams surrounded by those we cherish.’ O’Donnell told fans she was ‘thankful for the love and support so many have given us during these trying times.'” Read more here. 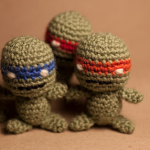 From Geekosystem: Teenage Mutant Ninja Turtles fans: we’re not sure whether you should weep or rejoice. Reports Geekosystem, “After it was announced that Michael Bay would be in charge of a new Teenage Mutant Ninja Turtles movie… fans of the franchise were up in arms over what they feared would be a butchering of the source. Well, if the blog TMNT, NOT TANT is to be believed about the authenticity of a script they managed to get their hands on, all those concerns have been validated: The script is particularly awful in depressingly specific ways. The veracity of the blog’s account is thrown into question because, after all, it’s obviously biased against Bay’s version of the franchise. However, they did link to a full version of the script — and, supposedly, Paramount sent out a cease and desist to have it removed.” See bits of the script and read more here. 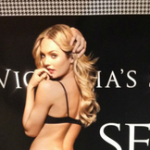 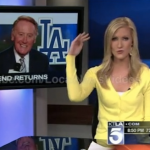 From SportsGrid: Rejoice, fans of the Los Angeles Dodgers! Legendary announcer Vin Scully is returning for his 64th baseball season. As Sportsgrid writes, “This is exciting news, because Vin Scully has one of the most outstanding announcer voices ever, and you could literally listen to him read off a grocery list and be entertained. The man is baseball, and to have someone else calling Dodgers games simply wouldn’t make sense. The news of Vince’s return is so exciting, in fact, that it caused an on-air slip-up from KTLA anchor Rebecca Hall. In the midst of rattling off Vince’s impressive accomplishments — he’s called pretty much every important moment in Dodgers history, so there were a few — she (jokingly) asked Scully to get his ‘shit together.'” Watch the moment here. 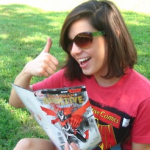 From The Mary Sue: Did you know tomorrow’s a holiday? 6 days before Labor Day, treat yourself to Read Comics in Public Day ! Writes The Mary Sue, the day “was started up in 2010 by Brian Heater and Sarah Morean… to celebrate literacy and the legitimacy of comics as an artform… a day when, on the date of the late Jack Kirby‘s birthday, comic book fans could take the individual and usually private act of comic book reading out into the world and make certain that they got seen by complete strangers. The idea was to push against the notion that comics aren’t popular or are only read by kids; that they’re not just bought to be cased in plastic and kept in a cardboard box in the basement of the ponytailed guy from The Simpsons; that they’re not just for founding multi-million dollar movie franchises on. They actually can be enjoyed for their content by ordinary people.” Read the story here. 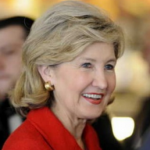 From The Jane Dough:  Is the GOP anti-women? No, says  Texas Senator Kay Bailey Hutchison. Reports The Jane Dough, she “is a little miffed that her party has been characterized as hostile to women lately, thanks in large part to boneheads like Todd Akin. While some less enlightened members of her party might quibble over what does and does not constitute ‘legitimate rape,’ Hutchison believes that her party does ultimately have female voters’ best interests at heart. She lays out her case in an op-ed for CNN: “To say that there is a set of concerns that can be labeled ‘women’s issues’ is absolutely true. To assume that we all feel the same way about them — or that we must feel the same way about them to represent our gender legitimately — is inherently sexist. My experiences as a woman certainly inform my perspective, but they do not wholly define my political views.” Read more about her views and how The Jane Dough feels about them here. 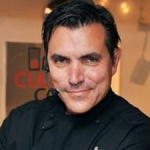 From The Braiser: A new show on E! networks is in production, and it follows one celebrity chef: Todd English. Reports The Braiser, according to The New York Post, English “currently in the process of filming a reality show about his life for the E! Network.” So, “Todd English is making his reality TV show for the same network that produces such high-quality cinéma-vérité, like Ice Loves Coco, Fashion Police, and the entire Kardashian lifestyle thing that Kardashians do. We do not mention these programs to disparage either E! or Mr. English; we are simply pointing out that he is now sharing a network with Kardashians… According to their sources, the show follows English, and documents him ‘managing his empire of restaurants along with his interesting and varied personal life.'” Read the article here.