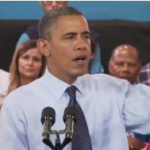 From Mediaite: President Barack Obama made a campaign stop in Las Vegas, Nevada yesterday morning, where he delivered what Mediaite’s Tommy Christopher thinks “could be the most important message of this year’s presidential election.” Christopher writes, “As he talked about the efforts of Republicans in Congress to block measures that would have put teachers, police, and firefighters back to work, lusty boos swelled from the crowd. ‘No, no, no, no, no,’ the President said, ‘don’t boo. Vote!’ The line drew a laugh from the crowd, but the message is deadly serious. The Republican takeover in Congress (including the breaking of the Democrats’ filibuster-proof majority in the Senate) has enabled their bad-faith obstruction to hinder economic recovery. ” Read the full story here. 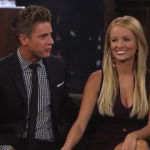 From Gossip Cop: There’s trouble in Bachelorette heaven! Did Emily cheat on Jef? Gossip Cop is breaking down the situation: “After Emily Maynard and Jef Holm jointly slammed Us Weekly’s cover story claiming that he had caught her cheating, the magazine is doubling down on its report, with Holm’s brother Mike telling the magazine that the couple’s alleged vacation blowup is ‘100% true.’ Mike says the pair’s fight, supposedly over Holm discovering ‘explicit text messages and photos to and from another man’ on Maynard’s phone while at his family’s home in South Carolina, is ‘all true’… His version of events completely goes against Maynard and Holm’s statements about the supposed incident.” Read the piece here to see whether it is true or not. 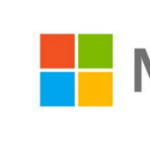 From Geekosystem: If you look at any of Microsoft’s products in the future, they may appear different, as the tech giant has changed its logo. Reports Geekosystem, “Strong brands don’t often change their logos. Recognizing a product at a glance is of utmost importance, so it makes sense that Microsoft has kept the same logo for the past 25 years. During their corporate rise, a solid, unchanging logo meant that everyone knew when something was a Microsoft product. After a quarter of a century, Microsoft is changing things up; they’ve unveiled a new logo. The new logo comes at a time when Microsoft is moving to push new versions of the majority of their products… Changing the logo, in a way, symbolizes a whole new era for the company.” Read the article (and see the new logo) here. 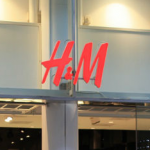 From Styleite: Is H&M trying to take over New York City? Maybe, because they’ve just announced that it will open it largest store in the world on Fifth Avenue and 48th street in 2013. Reports Styleite, “The Swedish retailer will build a six-story, 57,000-square-foot flagship location that will house all of its brands: men’s and women’s ready-to-wear and sportswear, children’s wear, lingerie, maternity, special sizes, cosmetics, and home goods. We didn’t even know H&M had a home line! Currently, there are 10 H&M stores in Manhattan (and another will open by the end of this year), and 247 across America. There’s already an H&M store on Fifth Avenue and 51st Street, but a spokesperson tells WWD that the close proximity of the stores ‘increases foot traffic.'” Read more about their plans here. 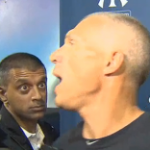 From SportsGrid: Last night, after an already heartbreaking loss for the Yankees (who were swept by the Chicago White Sox when pitcher Chris Sale allowed just three hits and struck out 13 in 7 2/3 innings of work), a heckler tried to mess with Yankees manager Joe Girardi. And got shut down. Writes Sportsgrid, “While managers directly confronting heckling fans in the middle of Q&A sessions with the press isn’t something you see every day, and made for a bit of an uncomfortable moment, it’s hard to blame Girardi here. He just told a guy who really ought to have shut up, to shut up. The best part, though, is how he immediately resumes answering the question about Sale, right where he left off, after he returns from confronting the fan. You cannot faze Joe Girardi. Well, unless you’re a heckling fan.” Read more and watch a video here. 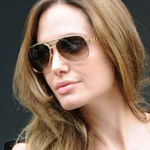 From The Mary Sue: The Jolie-Pitt’s continue to dominate the Hollywood scene, even the youngest of the brood! Reports The Mary Sue, “Vivienne Jolie-Pitt. Learn her name. Love it. She’s a future Oscar winner. Or so hopes her parents, Angelina Jolie and Brad Pitt. The 4-year-old has herself a role in momma’s upcoming Sleeping Beauty film, Maleficent… we’ve learned one of Jolie’s offspring has joined the cast as Princess Aurora. ‘But wait,’ you ask, ‘isn’t Elle Fanning playing that role?’ She still is. Jolie-Pitt will be playing a younger version of the character. We already know actress India Eisley is playing a younger version of Maleficent in the Robert Stromberg-directe film so it only makes sense there would be a young Aurora as well.” Read more here. 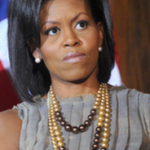 From The Jane Dough: What is FLOTUS up to as her husband continues his campaign trail? Doing good things. Reports The Jane Dough, “With multiple shootings and many senseless deaths, it hasn’t been a peaceful summer. But first lady Michelle Obama will send her best to family members of the recent Wisconsin massacre and meet with them privately.The Let’s Move! campaigner, who has been guest editing for iVillage this week, is going to visit with family members of those wounded or killed in the Sikh rampage that resulted in six deaths. The temple shooting, which was orchestrated by a white supremacist, followed the tragic “Batman” theater shooting that left many devastated and unsettled. That’s why Michelle Obama’s visit is a much-needed gesture that could perhaps instill some hope in our nation.” Read more about her work here. 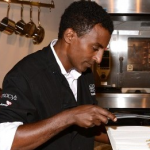 From The Braiser: As First Lady Michelle Obama continues to work towards a healthier America, chefs are piping in as well. Reports The Braiser, “In an op-ed published today in the Huffington Post, Marcus Samuelsson adds his voice to the group of chefs calling for creative, flavor-driven solutions to the growing childhood obesity epidemic in America. While he certainly advocates government policy intervention, Samuelsson thinks that he and his fellow professional chefs need to get rid of the distinction between ‘healthy’ food and ‘tasty’ food. ‘I don’t distinguish the music I listen to from great music — it’s just music,’ he wrote. ‘There shouldn’t be an announcement that divides our food between what tastes good and what is good for us.’” He goes on to describe this as a specifically American phenomenon; find out how here.