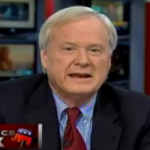 On Mediaite: Chris Matthews is adorably frustrated with a poll that had Americans choosing Ronald Reagan as their favorite president. Matthews is skeptical that all those respondents really like The Gipper best; he dismissed it as a “memory quiz,” and grumped “It’s like the greatest movie of all time was the one I just went to.” Aww, Chris! To watch the clip, click here. 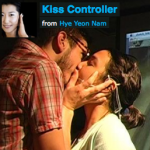 Necessary! Geekosystem reports that there is a new video game in which two people’s mouths serve as the controllers, and the game’s actions are dictated via makeout sesh. According to the creator, “The goals of this game are to guide the ball so that it maintains an average position in the center of the alley and to increase the speed of the ball by moving the tongue faster while kissing.” Blecch, sounds like the worst kiss ever. Get the full post here. 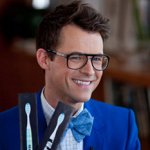 As an extremely cavity prone individual, the news on Styleite that Brad Goreski has designed a line of toothbrushes was maybe the best piece of news to be delivered by the internet today. Hopefully they are as effective as they are stylish! To read the full post, click here. 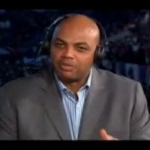 Sportsgrid celebrates Charles Barkley’s 48th birthday by reminding us of his admission that these days, he’s “poppin’ those Viagras like Tic-Tacs.” Oh Charles, at least you have your health! Here’s a poem: 48 is the new 28! Let’s have a “Space Jam” sequel before it’s too late! It’s what the people  my inner 12-year-old wants. Also, get the full post here. 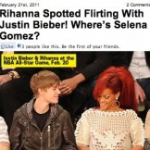 On Gossip Cop: uh oh, looks like there’s another victim of Bieber fever! This time it’s Rihanna, who is rumored to be nursing a crush on the underage pop star as evidenced by her seat next to him at the NBA All-Stars game. Even though this seems like a pretty airtight case, Hollywood Life’s scoop makes zero sense in light of their story on Bieber and Rihanna’s platonic friendship earlier this year. Whoops! Get the full post here.