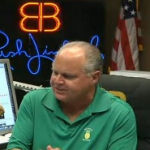 From Mediaite: Conservative radio host Rush Limbaugh has been known to say a few controversial things himself, but today he weighed in on the comments made by Republican Missouri Senate candidate Todd Akin. Reports Mediaite, “Limbaugh said that, while he was not prepared to call for Akin to step down, he called the GOP candidate’s comments ‘absurd’ and unsupported by anything but an insular circle of like-thinking friends… [H]e said Akin’s comments are reflective of a personality that is sequestered in only pro-life circles and rarely, if ever, encounters a dissenting opinion. ‘This whole business that a woman’s body shuts down after rape – there’s no evidence for that,’ said Limbaugh. ‘That’s the kind of thing that people who do nothing but talk amongst themselves will conjure up – a belief system like that – and they’ll grab onto anything they can to support what their empirical belief is.'” Read the full article here. 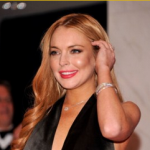 From Gossip Cop: LiLo just can’t seem to stay out of trouble or the spotlight. In the latest, she was questioned by police on Monday after the Hollywood Hills home where she stayed the previous evening was allegedly burglarized. Reports Gossip Cop, “On Sunday, the actress was among several guests to spend the night after a small gathering at the house, and the next morning the owner claimed that jewelry had been taken. Cops were summoned to the property and interviewed all parties — including Lohan, who was described as cooperative and is NOT considered a suspect in any crime, Gossip Cop confirms.” Read more about the incident here. 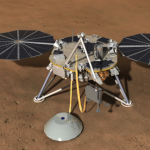 From Geekosystem: Now that NASA has landed the Curiosity Rover on Mars, they are looking ahead to their future with the planet, and it includes drilling. Reports Geekosystem, ” NASA has announced the selection of the Interior Exploration using Seismic Investigations, Geodesy and Heat Transport, or InSight, mission to Mars, which is set for 2016. The focus of this one is to better understand the processes that shape planets. To that end, it will drill into Mars for hard data… Essentially, it will drive a large stake up to 16 feet into the ground in order to take internal temperature readings. The temperature being given off by Mars’ interior should provide information on its thermal history — something about which we’ve only been able to speculate.” Read more about the mission here. 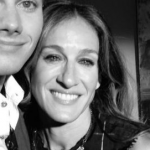 From Styleite: Fashionistas, listen up and get excited about Carrie Bradshaw (er, Sarah Jessica Parker’s) stylist return to television. Reports Styleite, “The fashion icon plays Vogue.com editor Isabelle, whose look was styled by none other than Anna Wintour — and the nuclear editor’s chops are already making a big statement on the show.Glee‘s Ryan Murphy tweeted a pic of Chris Colfer and SJP on set. Colfer, who plays Kurt, is dressed in a blazer and white button-down, while SJP is wearing a tartan dress and a bold Lanvin necklace. The dress is reportedly by Faster Than Paris, a small label manned by Tracy L. Cox. Cox used to work with Patricia Field on Sex and the City, and was just featured in Vogue‘s September issue.” Read more and see the picture here. 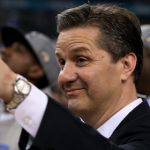 From SportsGrid: College sports players now have one added pressure to their already grueling routine of scholarship and athleticism: acceptable social media use. Reports Sportsgrid, “In order to curb potentially harmful tweets and status updates from the kids wearing their uniforms, Kentucky and Louisville are employing an interesting strategy. According to USA Today, both colleges use monitoring software to track their student-athletes’ social media use. If certain words are used by the accounts of their players, the player’s coach is sent an email.The tracking software is also being used by other schools across the country.” Read more about the measures, including some of the flagged posts, here. 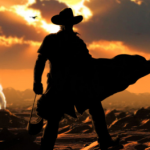 From The Mary Sue: Is this is for the possibility of a The Dark Tower project? Reports The Mary Sue, “The ongoing saga to bring Stephen King’s The Dark Tower to the big (or small) screen seems to be taking as long as the series itself took to play out but it’s just hit a brick wall. Warner Bros. has completely passed on the project. So is that it for gunslinger Roland Deschain?  Before this latest bit of news, the last we heard about Ron Howard’s Dark Tower project was that Russel Crowe was attached to play the lead. Previously, Javier Bardem signed on to play Roland, the project was then canceled thanks to budget issues, then back on and getting a home on HBO, and then seemingly postponed indefinitely… Before Warner Bros. it was Universal who had the project – two major studios – with that in mind, does The Dark Tower stand a chance?” Find out here. 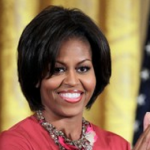 From The Jane Dough: What were you doing at 4:30 a.m. today? Sleeping? If so, FLOTUS will make put you to shame. Reports The Jane Dough, “Most young professionals gripe that there’s no time to exercise. There is, though. Just ask first lady Michelle Obama, who often rises at 4:30 a.m. to break a sweat. The iVillage guest editor told the publication that she gets up before five during the school-year to squeeze in a work out before preparing her two children for their school day. ‘Barack and I work out every day,’ the Let’s Move! anti-obesity campaigner said. ‘I usually get to the gym before he does. But he is usually there either in the middle of my workout or right at the end. And we’re watching ‘SportsCenter’ and we’re catching up.'” Read more about her routine and junk food weaknesses here. 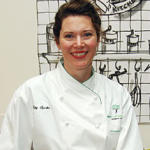 From The Braiser: Many New Yorkers have been waiting to see what will happen to the iconic Tavern on the Green space, and now, the wait is over. Reports The Braiser, “Last week, the City of New York announced that a relatively unknown chef and a restaurant group from Philadelphia had won the rights to operate Central Park’s legendary restaurant Tavern On The Green…  The news that the person in charge of the transformation was a somewhat-known chef named Katy Sparks, however, set New Yorkers off like whoa, so much that Danny Meyer — who wanted to buy the Tavern back in 2009 but ultimately passed – stepped into defend the mildly controversial pick. ‘Very fortunate that Katy Sparks will be [Tavern on the Green’s] chef,’ he tweeted. ‘Abundant talent and culinary soul.'” Read more about Sparks, the Emerald Green Group, and the project here.