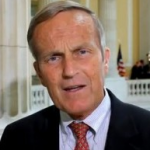 From Mediaite: Republican Senate candidate and current Congressman Todd Akin (R-MO) made headlines when he said that “legitimate” rape victims do not get pregnant because of biological mechanisms that act to prevent pregnancy  KTVI-TV. There has been much backlash towards his comment, and today he made his first media appearance since the incident. Reports Mediaite, “Speaking to Mike Huckabee on the radio, Akin reiterated that he ‘misspoke’ and apologized to those whom he may have hurt. ‘I have spoken in error,’ he told Huckabee. When asked what he meant by ‘legitimate rape,’ he clarified that he meant to say ‘forcible rape,’ and characterized the blunder as ‘a very serious error.'” Read complete coverage of the reactions to Akin’s statement here. 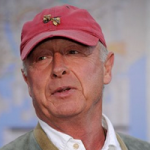 From Gossip Cop: Sad news broke today with the suicide of famed Hollywood director Tony Scott. Now, there may be some backstory to his choice. Reports Gossip Cop, “Tony Scott had reportedly been diagnosed with inoperable brain cancer before he committed suicide on Sunday. The diagnosis has not been confirmed, but a source close to the director told ABC News that Scott had been informed that he had cancer. On Sunday, the famed director shocked Hollywoodwhen he jumped off the Vincent Thomas Bridge to his death. He left a suicide note, although its contents have not been disclosed. Scott was known for blockbusters including Top Gun andBeverly Hills Cop II.” Read more about his death here. 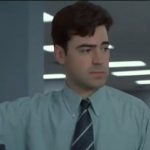 From Geekosystem: In obvious news, today science has proven what most of us already know: people prefer weekends to workdays. Reports Geekosystem, “A study recently making the rounds from the Journal of Positive Psychology reports that we don’t actually hate Mondays, we hate most days. After a team of researchers looked at a survey given to 340,000 people, they found that the people’s moods were no different from Monday to Thursday, with Friday to Sunday being the days people experienced an elevated mood… Professor Arthur Stone, of Stony Brook University, and his team analyzed the poll data and also surmised that Mondays aren’t especially horrible according to people’s reported moods on that day compared to other days, but are focused on — and thus, made out to be more intolerable — due to their juxtaposition with the weekend.” Read more about the study here. 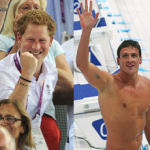 From Styleite: The good thing about the Olympics ending for us Americans? Prince Harry and Ryan Lochte have jumped the pond to the U.S.A. And this weekend, they were spotted at Las Vegas’ XS Nightclub partying. Writes Styleite, “That’s right, folks: the Olympian and the royal were at the very same pool party this weekend, and its probably for the best that we didn’t get wind of this fact until this morning, otherwise you can pretty much bet we’d still be sunning ourselves in Sin City at this very moment. The Daily Beast reports that Harry and his boys stayed at the luxurious Wynn hotel, and spent their Saturday sipping vodka cranberries by the pool, ‘joined by a revolving cast of bikini clad women,’ natch.” Read more about their wild weekend here. 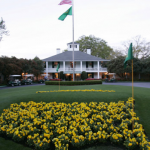 From SportsGrid: It is (sort of) a big day for women in sports, as Augusta National, the golf club home to The Masters, is letting in its first female members. They are admitting former Secretary of State Condoleezza Rice and Darla Moore, an executive at the private investment form Rainwater, Inc. Responds Sportsgrid, “Clearly, these are not just any women. Rice, again, is a former Cabinet member, while the business school at the University of South Carolina is named after Moore, so clearly she’s done rather well for herself. Augusta’s been facing pressure to admit a female member for years now; they weren’t going to buck the trend for just anyone. But now no one can say they haven’t done it… But no matter what it looks like, this is a significant step for Augusta National to take.” Read the whole article here. 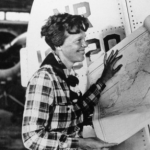 From The Mary Sue: The disappearance of Amelia Earhart and her navigator Fred Noonan is one of the great mysteries of all time. And now, the world is one step closer to solving it, thanks to a recent discovery. Reports The Mary Sue, ’75 years after Earhart’s plane went radio silent for the last time, we’re still looking. And we’re still finding: A team of researchers revealed on Friday that, after reviewing underwater video footage, they believe they have found a scattering of man-made debris that very well could have once been a part of Earhart’s plane.  The expedition began July 12th, and was spearheaded by the International Group for Historic Aircraft Discovery (TIGHAR).” Read more about their efforts and findings here. 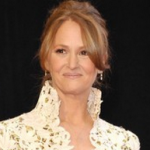 From The Jane Dough: What does it mean to be a “feminist”? Writes The Jane Dough, “Not all accomplished females want to associate with the word ‘feminist.’ New Yahoo! CEO Marissa Mayer recently called it a ‘more negative’ term and Oscar recipient Melissa Leo feels the same way. ‘I don’t think of myself as a feminist at all,’ the Academy Award winning actress said. ‘As soon as we start labeling and categorizing ourselves and others, that’s going to shut down the world. I would never say that.’ Katie J.M. Baker of Jezebel seems disappointed by Leo’s comment, stating, ‘It’s frustrating that we have to add Leo to the long list of powerful women from all sorts of fields — Marina Abramovic, Marissa Meyer — who’ve recently made it clear that they shun the term ‘feminist’ even though their actions are profoundly feminist.’ Find out what The Jane Dough thinks of her statement here. 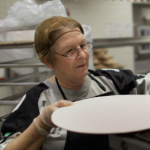 From The Braiser: The site is keeping you abreast of both food in politics news and weird news with this story: New York City has put confusing end to a wildly popular school lunch program. Writes The Braiser, “WITS, or Wellness In The Schools, was a program that placed professional chefs in the kitchens of New York City’s public school cafeterias to help create new, fresh meals to be served in place of the processed, pre-packaged ones. WITS is sort of like an NYC-exclusive version of Chefs Move To Schools, which is a program that pairs pro chefs with public school kitchens across the country as part of Michelle Obama’s Let’s Move Campaign…. But Department of Education says the meals being developed by WITS chefs don’t meet the elevated health regulations set forth by the Child Nutrition Reauthorization Act… So the program is now defunct.” Read the full story here.