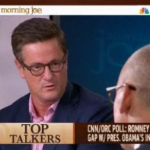 From Mediaite: Will Mitt Romney win Wisconsin? Some may think so, considering his recent VP pick of Wisconsin Senator Paul Ryan. Joe Scarborough, however, thinks otherwise. Reports Mediaite, “According to a recent poll, the selection of Ryan has helped Romney close the gap with Obama, placing him at 45 percent versus the President’s 49. As Mika Brzezinski pointed out, a Republican has not won the state since Ronald Reagan in 1984. Scarborough added his two cents on the matter, telling the panel that, while he likes Ryan, ‘the only thing he does, as far as Wisconsin goes, is he puts it in the Pennsylvania category, which I’ve always called ‘fool’s gold’ for Republicans… Mitt Romney is not going to win Wisconsin,’ he continued. ‘Even with Paul Ryan.'” Read the full story here. 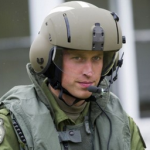 From Gossip Cop: An almost tragedy played out like a fairy tale when two girls lost at sea in the United Kingsom were rescued by Prince Charming… literally. Reports Gossip Cop, “Prince William led the rescue of two teenage girls who had been swept out to sea off the coast of Wales on Thursday. The Duke of Cambridge’s crew had just returned from another helicopter mission when they received a distress call about two sisters, 16 and 13 years old, who were caught in a rip tide while body boarding near Anglesey. William’s team arrived on the scene just 38 seconds after getting the call. The Royal Air Force called the effort one of its ‘fastest and shortest’ operations.” Read more about his efforts here. 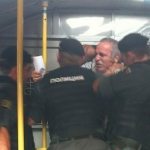 From Geekosystem: This morning, all three members of the Russian punk band Pussy Riot were arrested. Geekosystem is reporting on the latest updates: “In what has to be the most foregone of conclusions, members of the Russian punk band Pussy Riot have been found guilty of hooliganism this morning, stemming from an impromptu guerilla performance in a Russian Orthodox church… One unexpected twist to this morning’s story, though, is the apparent arrest of Chess Grand Master Garry Kasparov outside of the Moscow courthouse where sentencing took place. Kasparov has been an outspoken member of the Russian political opposition, which is a pretty good way to get beaten and thrown into a police van on charges of ‘Meh, it’s Russia, we’ll figure out what we’re arresting you for later.'” Read the whole article here. 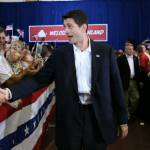 From Styleite: Merging fashion and politics, Styleite is reporting on the style of recent GOP Vice President pick, Paul Ryan. Writes the site, “The general consensus among the fashion insiders is that Paul Ryan has terrible style. Style ‘experts’ everywhere are clicking their tongues and lamenting the fact that Mitt Romney‘s VP pick forgoes tailored suits for his ‘Dad’s suit,’ that he never wears a tie, and that his square-toed shoes are, well, square-toed. But is his style truly that bad, or are they just too critical?” Styleite compiles opinions from fashion editors at Esquire, The New York Times, Women’s Wear Daily, and The Washington Post to answer the question. Read on to find out their conclusions here. 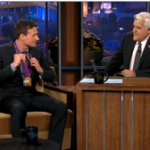 From SportsGrid: The world can’t get enough Ryan Lochte, even now that the Olympics are over. Last night, Jay Leno helped to satiate that appetite. Reports Sportsgrid, “11-time Olympic medalist/possible secret genius Ryan Lochte is well-known for not being the best interview. Tonight Show host Jay Leno is well-known for being the comic equivalent of a bowl of generic off-brand vanilla pudding,.. On the surface, this does not sound like a recipe for an engaging interview. And early on during Lochte’s (fully-clothed, sorry) appearance on that program last night, the surface looked right. But later on… things started picking up a bit… Specifically… when Leno “asks” Lochte if he was the famous virgin at the Olympic everyone was talking about.” Watch the segment and read more here. 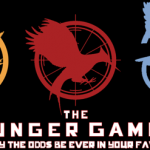 From The Mary Sue: Move over, Harry Potter! There’s a new best-seller in town. “The Girl on Fire has defeated the Boy Wizard in a battle for the ages! Suzanne Collins’ The Hunger Games trilogy has now outsold all seven of J.K. Rowling’s Harry Potter books to become Amazon.com’s best-selling book. And the odds weren’t even in their favor! Amazon had previously announced that Collins herself was Kindle’s best-selling author. Something we pondered at the time was the fact Rowling had no yet allowed for the release of Harry Potter ebooks. That all changed in March when her long-awaited Pottermore opened to the public… Things changed again in May when the author struck a deal with Amazon to make the novels available through their lending library. But the news today is that Collins has overcome Rowling not just in ebook sales but print as well.” Read more about the change here. 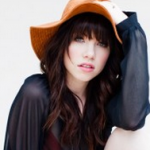 From The Jane Dough: By now, one would think that everyone on the planet had heard “Call Me Maybe” by Carly Rae Jepsen. But one very important person hasn’t: the POTUS. Reports The Jane Dough, “People of all different walks of life have talked about the catchy tune, some even singing it. Colin Powell and Loretta Sanchez know where it’s at, but not President Barack Obama, who said he had never heard of the song before someone created a mash-up of him and the hit. ‘I have to admit, I’ve never actually heard the original version of the song,’ the president said in a new interview for New Mexico’s KOB-FM. ‘I saw this version where they spliced up me from a whole bunch of different speeches that I made. They kind of mashed together an Obama version of it.'” Read more of what Obama had to say about the song, and watch his version, here. 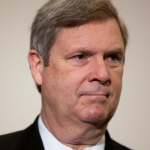 From The Braiser: The U.S. Secretary of Agriculture has many duties already, but now he can add grilling at the Iowa State Fair to the list. According to The Braiser, Agriculture Secretary Tom Vilsack stopped by the fair  on Thursday to stand in as “Fair Guest Chef-Slash-Grill Master.” Writes the site, “The former two-term governor of Iowa flipped burgers while sporting an apron emblazoned with the words ‘Pork: Be Inspired.’ How could we not be? Of course, the apron was a nod to the USDA’s recent ahead-of-schedule purchase of $100 million worth of pork from American farmers in a small effort to bail them out of their drought-related production crisis. Iowa raises a whopping 28% of our happy porks, although only 20 people showed up to listen to the Secretary speak about Obama’s support of agriculture.” Read more here.