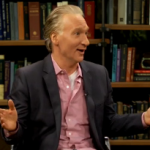 From Mediaite: Bill Maher revealed his thoughts today on President Barack Obama’s drug policy, namely that he is “a dismal figure and a liar. “Appearing this week on the brand-new HuffPost Live, HBO’s Real Time host Bill Maher made casual swipes at Republican VP candidate Paul Ryan, but reserved some surprisingly harsh words for President Obama over his administration’s drug policy… ‘No, of course, it’s ridiculous,'” Maher said, “offering harsh words for the president: ‘This is one area where Obama has been such a dismal failure and a liar.’ Many marijuana advocates have taken issue with the president’s policies because of his past support for decriminalization and subsequent abandonment of the position once elected president.” Read more about the issue here. 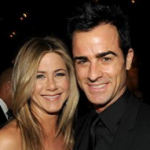 From Gossip Cop: Big engagement news with the recent announcement of Jennifer Aniston and Justin Theroux. Now, they’re celebrating! Reports Gossip Cop, the pair “had a double milestone to celebrate Friday when they dined at Blue Hill in New York City. Not only were the two reveling in the actor-screenwriter’s 41st birthday, but they were also toasting his proposal of marriage — and her acceptance — earlier that day. Before dinner, the stars had phoned their families and close friends to share the joyous engagement news. As Gossip Cop previously reported, Theroux’s rep confirmed the engagement on Sunday, calling it “an extraordinary gift.’ No wedding plans have been announced — but stick with Gossip Cop for more on Aniston’s trip to the altar.” Read the full story here. 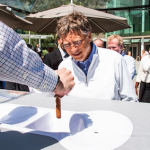 From Geekosystem: Bill Gates has been the man behind many important innovations in the last few decades. His latest project? The toilet of the future. Reports Geekosystem, “For the last couple days, teams of engineers and designers from around the world arrived in Seattle to show off their best designs for the honey bucket of the future, competing against one another to see how they handled solid waste. Participants in the Reinvent the Toilet Challenge, needed to meet several criteria set by the Bill & Melinda Gates Foundation, which is throwing its philanthropic weight (read: millions of dollars of cash money grants) behind the project in the hopes of creating a functioning off-the-grid sanitation system for the developing world.” Read more about the project here.

From Styleite:  Some big news for the world of Israeli fashion, and some eye candy for you fashionistas from Styleite: “Carrying the flag for Israeli fashion is Dorit “Dodo” Bar Or, the actress-turned-designer behind Pas Pour Toi, a line of distinctive, opulent, and altogether elegant pieces that, thanks to the folks at Moda Operandi, is now available to all with an internet connection and cash to spend. The online high fashion trunkshow hub is offering the label’s Resort 2013 collection to pre-shop today until August 22nd… The collection is heavy on the black, but gilded accents, sheer materials, and rich detailing keep the pieces from veering into somber territories. It’s also lent an unmistakable Mediterranean flair by the ample gold leaf embroidery — the origins of which have quite the backstory.” Read that backstory (and see pictures!) here. 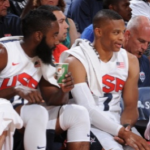 From SportsGrid: The 2012 Olympics are over, so let’s talk about 2016. Exciting changes in basketball may be happening then. Reports Sportsgrid, “Like beach volleyball to volleyball, synchronized swimming to real swimming or dressage to equestrian (I think), FIBA is looking to expand Olympic hoops and create a three-on-three tournament in time for the Rio Games.. FIBA’s mission statement boasts more countries getting in on the action, among other things: ‘Three-on-three, the game played in driveways, on playgrounds and around the country during the annual Gus Macker tournaments, debuted in the 2010 Youth Olympic Games. FIBA wants to create a comprehensive ranking system that would determine the best three-on-three teams in the world.'” Read more, including Sportsgrid’s projected triumvirates, here. 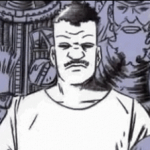 From The Mary Sue:  What is the latest development at NBC? The Mary Sue has an answer for you: “Perhaps spurred by the increasing popularity of comics films, NBC is developing a TV series based on the comic Hench, which centers around a regular guy who, in order to support his family, gets jobs filling in for super villains. Alexandra Cunningham, known for her work on Prime Suspect and Desperate Housewives,has written the script and Peter Berg and Sarah Aubrey are producing. According to Comic Book Resources, writer Adam Beechen described his comic as “an exploration of the very fine line between hero and villain. It’s the story of how Mike Fulton, average guy, fell into a career of serving as a freelance henchman to a variety of super-villains.” Read the full article here. 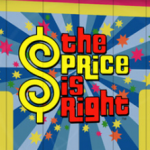 From The Jane Dough: Feminist fans of The Price is Right, rejoice! Attractive men, get ready! There’s exciting news for both of you: reports The Jane Dough, “Equality reigns across the land: The Price Is Right plans to hire its first-ever male model. Fellas, come on down! The tryout gauntlet will feature a series of complex tests bordering on reality show-proportions, according to details provided by CBS. Producers and current TPIR models will evaluate the male candidates on ‘qualities like verbal skills, posing and their ability to show off a product.’ I don’t personally recall any of the Barker-Carey crew talking but I guess you never know.” Read more about the change and hiring process here. 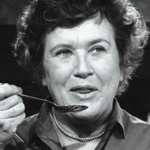 rom The Braiser: Today is the 100th birthday of Julia Child. How to celebrate? A few ways! First, from Google: “As with all great events and holidays, Google has created a special Doodle for the 100th birthday of Julia Child. Probably designed by official DoodlerDennis Hwang, it depicts Julia in her famous kitchen, cooking, along with fish and a few chickens perilously close to falling off the table, a giant letter G in a copper pot.” Second, with her words of wisdom. The Braiser counts her top ten words of wisdom. Our favorites? “The only time to eat diet food is while you’re waiting for the steak to cook,” and “If you’re afraid of butter, use cream.” See the doodle here and read her quotes here.