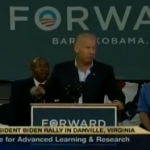 From Mediaite: Today, Vice President Joe Biden said that Republicans are “going to put y’all back in chains.” Let’s rewind. Tuesday, on a campaign stop in Danville, Virginia, Biden “adopted a southern drawl when he told an audience of supporters of President Barack Obama’s reelection effort that Republicans aim to put ‘y’all back in chains,'” reports Mediate. He continued, “Look at their budget, and what they are proposing; Romney wants to let–he said in the first hundred days, he’s going to let the big banks once again write their own rules. Unchain Wall Street.” Later, the Romney campaign called Biden’s statement “unacceptable.” Read the full story here. 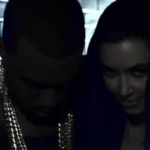 From Gossip Cop: Kanye and Kim are everywhere. Together. From his new song to his shoes, Kim’s wiggled her way into his life. The latest? Kanye’s new music video. Reports Gossip Cop, “Kanye West has found a new muse inKim Kardashian. The rapper features his girlfriend in DJ Khaled’s music video “I Wish You Would/Cold,” in which West raps about his love for Kardashian and disses her ex, Kris Humphries. In the clip, West puts his arm around the reality star as he sings, ‘And I’ll admit, I fell in love with Kim / ‘Round the same time she had fell in love with him.’ Last week, the rapper debuted a new track titled ‘Perfect Bitch,’ which he revealed was about Kardashian.” Read more about the duo here. 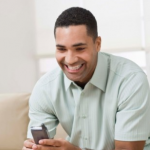 From Geekosystem: Some new words have been added to the Merriam-Webster dictionary. What are they? Reports Geekosystem, “”It’s that time of the year when people who have say over such things get to decide when words we’ve been using for ages become real, legitimate dictionary words. That happens more than once, actually, since there are more than one legitimate dictionary, but this time around we get to see what Merriam-Webster officially considers a word,” which “includes a hefty amount of casual slang, from ‘man cave,’ to ‘sexting,’ to ‘f-bomb.’ That’s right, ‘f-bomb’ is now a legitimate word, and you can drop them into messages while sexting from your man cave and Merriam-Webster will have your back if anyone calls your use of illegitimate words into question.” Find out which other words made the list here. 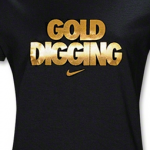 From Styleite: The Olympics may have ended, but they’re still making headlines, and Nike’s attempting to capitalize on that with their latest women’s product: but in a pretty controversial way. Reports Styleite, “Female athletes took home two-thirds of Team USA‘s gold medals at the London Olympic Gamesthis year. So, naturally, Nike had the bright idea to come out with a new T-shirt to celebrate this achievement featuring the slogan ‘Gold Digging’ in big, shiny, gilded letters. The copywriter even attempts to give the tee a witty backstory in its description, but alas: ‘We aren’t saying they’re gold diggers – we’re just saying they’re out for the gold! What’s wrong with that?’ What’s wrong? Well, lots of things, actually. For instance, does this shirt come in men’s sizes? Nope. Because gold digging is just for the ladies, of course! Come on, Nike.” See the shirt and read more here. 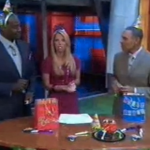 From SportsGrid: SportsCenter has presented some questionable programming lately, including today’s birthday celebration for Tim Tebow. A Sportsgrid editor questions whether it alone is the single worst thing the show has done. Writes Dan Fogarty, “It might be! Yeah, I know it’s August 14th, the Olympics are over, and we’re still a few weeks away from NFL kickoff. But Sara Walsh, Herm Edwards, and Marcellus Wiley standing around a birthday cake for a person who is miles and miles away playing (backup) quarterback and doesn’t even know they’re celebrating his birthday has to be some kind of low point, right?” Watch the video and judge for yourself here. 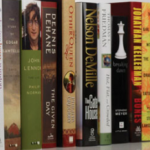 From The Mary Sue: If you had to guess, which generation buys more books: Gen Y or the baby boomers? You may be surprised. Reports The Mary Sue, “While the world’s eyes may often be focused on the effects kindles and nooks and iPads and other e-reader options may be having on literature and book sales, there’s an entirely different ‘coup’ happening in the population of book consumers. Baby Boomers have long dominated the book-buying market, but no longer; Generation Y has taken over that honor.  Baby Boomers may account for the highest percentage in the population, but Generation Y (those born between approximately 1979 and 1989) is whipping their butts in book sales. This comes from a report based on a Bowker Market Research consumer panel.” Read more about their findings here. 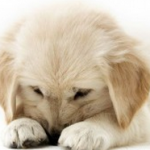 From The Jane Dough: Are you a member of Gilt? RueLaLa? Rent the Runway? Is your dog? Well, now they have their own site for discounted goods. Reports The Jane Dough, “Our furry friends fare pretty well on the Internet and in theentertainment world, but were unable to take advantage of tons of major discounts until best buds Tiffany Leung and Joyce Lerman launched LeLePets, a bargain site for animals that sells products for up to 70 percent off retail price. Similar to companies such as Groupon, LeLePets provides sales lasting 72 hours (or until inventory runs out), and if you strike while the iron’s hot and buy something for your pet, the ‘LeLe’ ladies will ship it to you promptly.” Read more about their venture here. 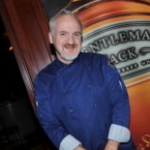 The Braiser: The Chick-Fil-A controversy and backlash continues. Reports The Braiser,”Though he might enjoy tweeting provocatively sassy anti-Chick-fil-A rhetoric on Twitter, Art Smith’s drive against the chain comes from a much more personal and profound place, as he recently wrote for TIME Magazine. As a happily married gay man, Smith of course is unhappy withits CEO’s corporate stance on gay marriage. But as a chef, he’s devastated to see his favorite food — fried chicken — used to promote ‘hateful rhetoric’against the LGBT community. Food has the ability ‘to bring people together,’ he writes. ‘It’s a sad state when ‘comfort food’ tears communities apart, making so many people feel attacked and unwanted.'” Read more here.