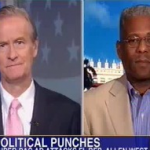 From Mediaite: Recently, a Democratic PAC released an ad that depicts Rep. Allen West (R-FL)  punching an old lady while accusing him of wanting to end Medicare. Today, West appeared on Fox & Friends to respond to the ad. Reports Mediaite, “West attacked the ad and the Democratic party, but also went after African-American leaders and leadership organizations who he said were sure to not come to his defense because he is a black conservative. ‘Can you imagine if there was a white politician were in a commercial punching a woman of color? There would be national outrage,’ said Steve Doocy. West agreed and said this conduct is part of the ‘duplicity of the liberal left,’ which he believes can attack a ‘black conservative’ with impunity.” Read more here. 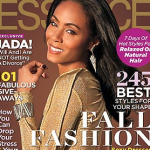 From Gossip Cop: It’s a rumor that won’t die: the Will Smith-Jada Pinkett divorce rumor. And today, Gossip Cop reports that Jada herself is defending the couple. Writes the site, “Jada Pinkett Smith wants the world to know that she and Will Smith are NOT getting splitting. ‘It seems like [that rumor] happens at least once a year, or at least once every two years,’ the actress and singer tells Essence… Smith continues, ‘It’s rumored that we’re getting a divorce. But no. We’re not getting a divorce. Where am I gonna go?Where am I going to go?’ She and Will have been married since 1997. ‘That’s my boo,’ Smith says of her husband. ‘It’s like he’s another part of me.’ Read the full article here.

From Geekosystem: NASA’s Curiosity Rover continues to impress as it begins its mission on Mars. Today, new pictures have surfaced that are pretty cool. Reports Geekosystem, “Even though this is the fourth time we’ve landed something on Mars, it’s still pretty darn neat. This time around, we sent better cameras with the rover… Behold, the first color panorama of the now-famous Gale Crater, the landing site of the Curiosity rover. NASA received 130 low-res thumbnails back from Curiosity’s color Mast Camera, which allowed them to put together the image. Though the picture is already fairly sufficient at boggling minds — that’s a color photo from the surface of an alien planet, you know — the photo is only one-eighth the resolution Curiosity’s camera can produce.” See the photos here. 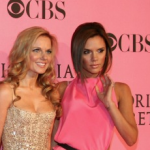 From Styleite: It’s happening!! The Spice Girls are reuniting for the closing ceremony of the London 2012 Olympics!! Reports Styleite, “Since it’s been a few years since they all got together to Spice up everyone’s lives, they’re rehearsing right now across the pond, as proven by recent paparazzi snapshots of the girls standing in formation atop bedazzled cars (to go with the bedazzled microphones, perhaps?). Victoria Beckham is still looking every bit her posh self, all clad in black and perched atop the standard five-inch heels. The other girls are a bit more casual in the photos, but will no doubt be dressed to the nines this weekend, even if Mel B‘s stylist did deny the rumor that’s they would be wearing custom Giles Deacon. There are plenty more Brit designers around, including Ms. Beckham herself!” Read more here. 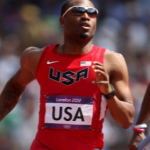 From SportsGrid: The Olympics are about inspiring moments, and London 2012 is no exception. This time around, U.S. relay runner Mateo Mitchell is accomplishing the seemingly impossible by finishing his part of the relay even though he broke his leg halfway through his run. Writes Sportsgrid, “Considering what you or I might be able to do on a broken leg, which is limited to maybe breathing and sleeping (though the latter still might be difficult), what Mitchell did on his busted left fibula could go down as one of the greatest Olympic performances of all time. It wasn’t just that he ran 200 meters on a broken leg. He heard and felt his leg break, which I can only imagine is one of the more terrifying things that can happen to a human. Then he finished his split in an otherworldly 45 seconds.” Read more here. 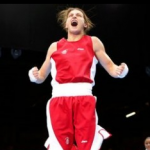 From The Mary Sue: Striving to keep you up-to-date with all the achievements of the incredible women in the Olympics, The Mary Sue is back with today’s edition of things that happened at the summer games while you were sleeping. What’s noteworthy? “Katie Taylor won Ireland’s first gold medal of the games, the ninth Olympic gold medal in Ireland’s history, and the first gold medal in women’s boxing (60 kg), a new sport added to the Olympics, while “Great Britain’s Nicola Adams clinched the gold in the women’s fly boxing event, becoming the first-ever Olympic women’s Boxing champion.” And: “Team USA clinched the gold during the women’s water polo event, their first one in history.” Read more of who won and made history here.

From The Jane Dough: In case you missed it, Trojan gave away free vibrators from hot dog carts in New York City yesterday. And thousands of people flocked to take part. Reports The Jane Dough, “The highly-publicized giveaway, which was initially met with controversy when police officials argued that the sex products company did not have a permit to host a public event, drew swarms of people and warranted security. Those who desired a no-cost vibrator were required to stand in a long line on 14th Street and 9th Avenue (and deal with some rain as well), but rewarded with a model of their choice: the Pulse and the Tri-Phoria. Everyone said the wait was worth what they’d receive in return.” Read more about the event here. 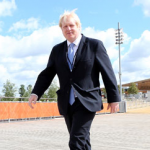 From The Braiser: The site reported earlier that this year’s Olympics have actually been bad for the restaurant business in London. Now, restauranteurs are doing something about it. Writes The Braiser, “Mayor Boris Johnson told everyone that since the Olympics were coming, the entire city was going to be overrun with hungry tourists… and that therefore the restaurants should prepare themselves for a deluge of money. But much like a flag-waving con man who sets up ridiculous stunts to gain the townspeople’s trust, only to abscond with all their money at the last minute, Johnson’s prediction screwed over restaurateurs who spent a considerable amount of money preparing for an influx of extra customers. Some of them are understandably pissed, like Neleen Straus of the South African restaurant High Timber,” who claims to have  hand-delivered a bill for £90,000 to the mayor of London in an op-ed she wrote for City A.M. Read more here.