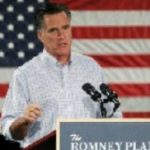 From Mediaite: Here with your gaffe-time report, Mediaite is covering Romney’s awkward religious slip-up. Writes the site, “At an Iowa fundraiser Tuesday night, Republican presidential candidate Mitt Romney slipped up while expressing condolences for last weekend’s Sikh Temple shooting in Oak Creek, Wisconsin, repeatedly replacing the word ‘Sikh’ with the word ‘Sheik.’ The gaffe has gotten very little media attention, which is as it should be, but the lack of coverage of this gaffe undercuts conservative complaints about the difference between how Republican flubs are covered, versus those of President Obama.” As the presidential election draws near, expect more gaffes. Read the full story, including the Romney team’s response, here. 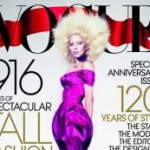 From Gossip Cop: Vogue is celebrating their 120th anniversary soon… who will earn the coveted spot on the cover of the celebratory issue? Lady Gaga, of course. Reports Gossip Cop, “On Twitter Wednesday, Gaga shared the first glimpse of the cover of the September issue, featuring the pop star in a long purple gown. ‘SHH DONT TELL TWITTER/ SEPT ISSUE OF VOGUE MAGAZINE,’ Gaga wrote alongside the cover image, adding, ‘Sorry Anna [Wintour] but the underground kids deserve it.’ The singer also posted one of the inside shots, in which she appears naked, except for an oversized hat.” Read more, including what she reveals in the accompanying article, here. 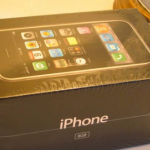 From Geekosystem: How much would you pay for an out-of-date, first generation iPhone? Did you say $10,000? You’re in luck! Reports Geekosystem, “Though the original iPhone only released around five years ago on July 29, 2007, certain eBay users have felt they’ve waited long enough, and are now selling the original model iPhones — new and sealed in box, of course — as collector’s items, with a hefty collector’s item pricing of $10,000. Don’t worry, though, if you’re a collector and want to get in on the original iPhone now, there are multiple units for sale with a Buy It Now price of $10,000. Amusingly, the title of [one] posting calls the iPhone a ‘rare collectors vintage box set,’ but since it’s on eBay, is obviously in all caps and flanked by asterisks.” Read more about the item here. 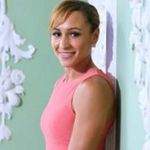 From Styleite: Everyone’s buzzing about Olympics style when it comes to Kate Middleton, Ryan Lochte, and the American Opening Ceremony outfits, but what about all the other athletes? Styleite is reporting on one in particuar: track and field gold medality Jessica Ennis. Writes the site, she “showed up to a VIP event at Omega House in London wearing a lovely coral Alexander McQueen frock, which means she just won some real style cred. She accessorized the dress perfectly with a simple black belt, a low side bun, and what we assume is an Omega watch (they’re the official timekeeper of the Olympics and were the ones throwing the party). Very Kate Middleton-like! This may be a different look for the runner, but that doesn’t mean she isn’t as chic as possible while competing — her sports kit is Stella McCartney.” Read more about her and see pictures here. 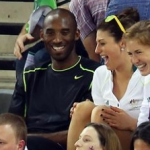 From SportsGrid: What’s the latest Olympic Village hot hook-up gossip? Reports Sportsgrid, “Kobe Bryant is still married. That may come as a surprise to you, since so much was made of the reported $75 million he might have lost had his divorce from wife Vanessa been finalized. But, quietly, the couple have been trying to reconcile, and Vanessa never signed the papers that would’ve made the divorce official… Which is why so much is being made about Kobe’s blossoming relationship with controversially hawt Australian swimmer Stephanie Rice… The two have been spotted together at numerous Olympic events, which by itself means nothing. But when you take that… and then add in an anecdote from the 2008 Beijing Olympics, the story graduates from gossip blog fodder to actual news outlet material.” Read that anecdote and more rumors here. 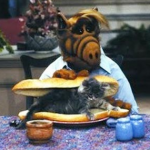 From The Mary Sue: Babies of the 80s and Alf fans, rejoice! The Mary Sue has some exciting news for you:  “We warned you an ALF reboot was imminent, now it’s been confirmed. Sony Pictures Animation has inked a deal with show creators Tom Patchett and Paul Fusco to create a CGI/live-action hybrid film of the hairy alien. Jordan Kerner, the producer of The Smurfs movie, is set to bring ALF back to life… The original television ran from 1986-1990 and featured Fusco doing the voice and pupeteering for ALF. The alien was quite the comedian and made himself a home with the Tanner family on Earth. Back in May, Fusco was entertaining the idea. “I think the timing is right. That’s a big important thing, timing,” he said… “I think it could be a home run on a lot of levels.” Read more about the project here. 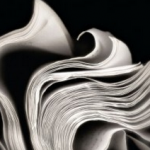 From The Jane Dough: What would be the result if you went through all literature from the last 108 years and counted the number of times the pronouns “she,” “her,” and “herself” were used? A new study has the answer: “the gap between the ‘he’ and the ‘she’ is narrowing — and, yes, it is a big deal. The study from researchers at the University of Georgia and San Diego State drew on the Google Books archive from 1900 to 2008 and tracked the ratio of male to female pronouns that appeared in all the texts… The more mentions of she/her/herself, researchers argue, the more culturally relevant women are… In the 1960s the gap reached an all-time high of 4.5:1 — by 2005, that level dipped to 2:1. People are talking about women and the numbers are there to prove it.” Read more about the study here. 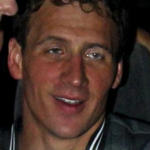 From The Braiser: Keeping you up-to-date on your daily “ridiculous news about the U.S.A. men’s swim team” Olympics coverage, The Braiser reports, “American swimmers like Ryan Lochte and Tyler Clary, as well as South African swimmer Chad le Clos and the rest of their teammates are all getting their Don Draper on in London’s Chinawhite nightclub now that their events are over. Any Olympian with official credentials is granted VIP access to the club, and there’s a special going on for those athletes who can flash their gold medals at the door. Chinawhite is offering champions their ‘Golden Cocktail,’ which normally sells for upwards of $3000, on the house. The fancy bev contains Hennessey Paradis Imperial Cognac, Luxor 24-carat gold leaf Champagne, and is served with two handmade 18-carat gold rings in the glass.” Read more about the cocktail and night out here.