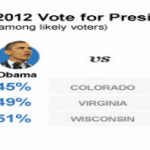 From Mediaite: As the 2012 Presidential Election quickly approaches, Mediaite is keeping you up to date with the latest polls and information on where the candidates stand. Writes the site, “This week’s results from CBS/NYT/Quinnipiac are slightly more mixed for the President – while Obama leads Romney by secure margins in Virginia and Wisconsin, the President trails in Colorado. In the CBS/NYT/Quinnipiac poll, President Obama holds a lead over Romney in both Virginia by 49 to 45 percent. Obama also leads Romney in Wisconsin with 51 to 45 percent. However, Romney has a surprise lead in Colorado where he maintains 50 percent support to Obama’s 45 percent.” Read the full story here. 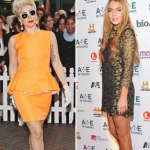 From Gossip Cop: As Lady Gaga gears up to release her next album and LiLo attempts to stage a comeback, will the two join forces? It’s very possible, reports Gossip Cop: “Lindsay Lohan will potentially star in an upcoming music video tied to Lady Gaga’s ARTPOP project. The actress and the pop star’s friendship blossomed recently, with Gaga posting pictures of the pair hanging out at the Chateau Marmont. Now it looks like their bonding will lead to a professional collaboration. Lohan, whose acting comeback includes the Elizabeth Taylor television biopic ‘Liz & Dick’ and the independent Bret Easton Ellis project The Canyons, would be featured in a new Gaga video from the singer’s still-mysterious ARTPOP album.” Read more about the potential collaboration here. 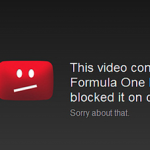 From Geekosystem: While NASA’s Curiosity rover landing on Mars was huge news for mankind and space exploration, it’s turned into sort of a disaster for the internet, causing Content ID “shenanigans.” Reports Geekosystem, “The footage obtained by NASA in its endeavors, including the recent landing of the Curiosity rover, are released into the public domain so that enterprising folks can spread the word far and wide however they desire. Unfortunately, when stuff like this then gets shown on television or elsewhere, YouTube’s Content ID starts to freak out. After using the public domain NASA footage in a Google+ hangout video, tech writer Lon Seidman was hit with a grand total of five separate takedown requests.” Read more about the issue here. 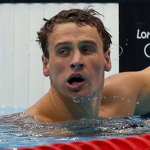 From Styleite: It’s currently likely that you can’t get enough of The Olympics or swimmer Ryan Lochte. On the latter, you’re in luck, because he’s not going anywhere anytime soon. Reports Styleite, “According to the Hollywood Reporter, the Olympian’s aspirations to be a fashion designer are no longer just pipe dreams; he’s actually received offers to create one. We’re guessing it will feature lots of grills, ‘swaggy’ high-tops, and weird LED belts. But that’s not all. Lochte is also currently in talks about making a reality show. Lochte’s agent Erika Wright told THR in an email: ‘I cannot tell you the exact shows, but two different reality show concepts have been offered and one additional is being discussed.'” Read more about Lochte here. 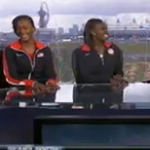 From SportsGrid: The Lolo Jones hype came crashing down at The Olympics last night, as she did not medal in the women’s 100-meter hurdles final (she came in fourth.) So what happened? Writes Sportsgrid, “Jones, of course, was the subject of a lot of hype leading up to the Games, talking about her virginity, yukking it up with Leno and Louis C.K., eating oatmeal, etc. There’d been some blowback to this hype, most notably in a New York Times piece that said she’d ‘decided she will be whatever anyone wants her to be’ as part of a ‘sad and cynical marketing campaign’ that propelled her fame to great heights despite her not actually being one of the top performers in her event. The eventual results of the race illustrated this: fourth place is a respectable finish, but it was only the third-best time by an American runner in the event – Jones’ compatriots Dawn Harper and Kellie Wells won the silver and bronze, respectively.” So what did her winning teammates have to say? Watch the video here. 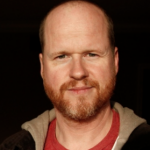 From The Mary Sue: Fans of The Avengers, rejoice! Joss Whedon has officially signed on to direct a sequel to the film, as well as develop a live-action Avengers TV series. Reports The Mary Sue, “Whedon signed on for a two-year exclusive contract with Marvel; he will continue to manage/direct/write/champion the franchise of the most successful superhero movie of all time, and just in general will ‘also contribute creatively to the next phase of Marvel’s cinematic universe,’ according to Marvel’s statement last night. We’re still (excuse the wordplay) marveling at the fact that Whedon signed an exclusivecontract with the company. This means that Whedon will not be able to do any other new TV or film projects until 2015.” Read more about Whedon and his contract here. 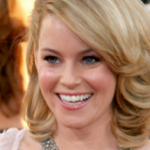 From The Jane Dough: With all the controversy over contraception and the upcoming presidential election, it’s refreshing to see a celebrity speaking out to set the facts straight. Reports The Jane Dough, “It’s annoying to have to remind people that birth control pills are not just for pregnancy prevention, and actress Elizabeth Banks presents this nicely in a new ad for Barack Obama’s reelection campaign… Banks adds that Planned Parenthood does more good than harm and only provides a small percentage of ‘controversial services,’ concluding, ‘For that little 5 percent that Mitt Romney decides he doesn’t agree with, he’s going to take away cancer screenings? What is he doing?…We’re talking about working class ladies who need healthcare. That’s it, that’s Planned Parenthood…President Obama has not compromised women’s rights and that’s why he needs to stay in office.’” See what else she had to say (about her “heavy flow”) here. 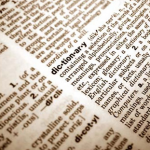 From The Braiser: The foodie obsession seems to have even taken over everyday language. The Oxford English Dictionary is taking notice, and has decided to include some great foodie words in their latest round of additions (previous additions include “jeggings” and “bromance.”) This time around, they are including words like frankenfood, locavore, affogato, doughnut hole, bibimbap, red velvet cake, and panko. Don’t know all of them? A locavore is “a person whose diet consists only or principally of locally grown or produced food,” while affogato is “an Italian dessert consisting of vanilla ice cream topped with a shot of espresso coffee.” Read more definitions here.